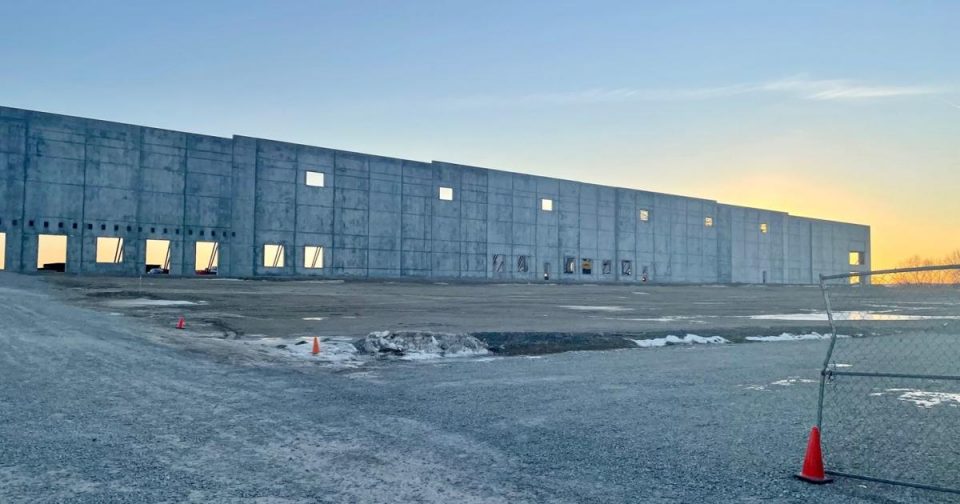 A new large distribution center is going up in Kenosha and has cleared an additional hurdle in the permitting process.

The City Plan Commission has voted unanimously to recommend approval of a conditional use permit for the facility going up near the airport.

A developer is constructing a 1,004,400 square-foot facility at 10601 38th St. (Highway N). The Plan Commission made its recommendation at a meeting Thursday and the matter will likely come before the full City Council next month for final approval.

On Sept. 21, city staff approved a site plan review for a speculative warehouse for property that was recently annexed from the Town of Somers, rezoned and combined into one parcel. The structure is currently under construction just north of Kenosha Regional Airport, east of I-94 and southwest of Burlington Road.

The applicant, PIX VI Kenosha Property Company, LLC under Rosemont, Ill.,-based Venture One Development, LLC, is seeking the permit for a tenant which has yet to be named.

According to the operational plan, the tenant will be a regional distribution center acting like a “hub” with the tenant’s product fulfillment network, according to city documents. The tenant would operate the site with material handling equipment to automate storing and conveyance operations with manual product picking from a rack storage system. Semi-trailer trucks would arrive and depart with product.

The tenant could employ some 450 people during two 10-hour shifts, seven days a week.

Within the interior of the structure, the tenant plans to build nearly 41,000 square-feet of non-warehouse space including office, training and break space, according to city documents.

Ald. Jan Michalski, a member of the commission, said it’s not unusual for a tenant to be kept private at this stage.

“This is something that happens with something like this quite frequently,” he said. “A lot of times they don’t want their competitors to know about things.”

Michalski said he would “rather see more places making stuff” but he is happy hundreds of new jobs could be created.

The Plan Commission on Thursday also voted unanimously to recommend approval of a conditional-use permit for Discount Tire, 7318 75th St.

It would occupy the space where a vacant gas station and convenience store sits in front of Menards in the Southport Shopping Center. The applicant hopes to raise the existing structures and construct the store in its place.

In November, commissioners instructed architects to go back to the drawing board and submit new renderings before final approvals.

Representatives with Scottsdale, Ariz.-based Discount Tire submitted preliminary designs for the new building, which have been described as a contemporary prototype for the 1,076-store chain.

Commissioners, however, took aim at a number of details with the building design at that time, including a flat roof schematic that is not in concert with the other retailers in the immediate area.

Mayor John Antaramian, who chairs the Plan Commission, said he was underwhelmed by the beige and brown color design at the time.

Beer delivery drivers are being trained to spot human trafficking

Kids volunteer to distribute food to families in Lamont