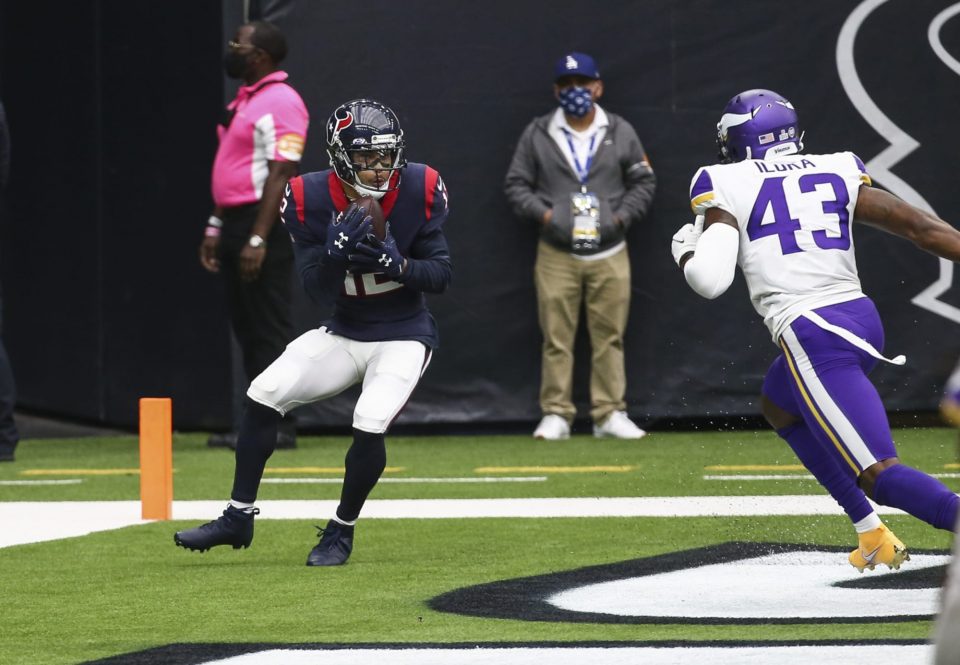 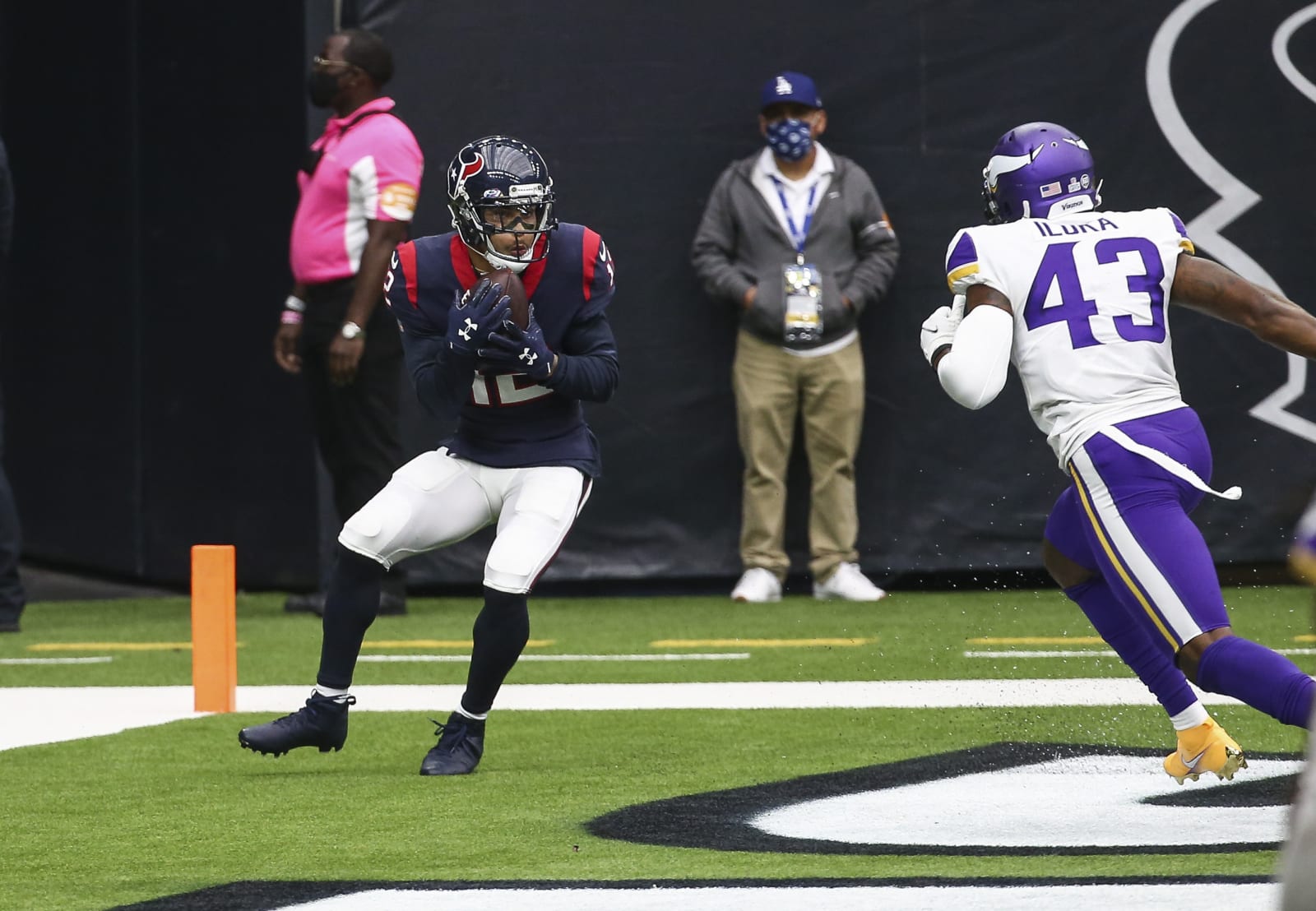 When talking about the Houston Texans and trades, Kenny Stills could bring a draft pick.

The Houston Texans need to add choices for the 2021 NFL Draft, and one player who could bring another pick next year that could help a contender this season is Kenny Stills. This season the Texans have rarely used Stills in their game plans, and he hasn’t played as much as he’s behind the trio of Brandin Cooks, Will Fuller and Randall Cobb on the depth chart.

Through seven games this season, Stills has just 10 receptions for 138 yards and one touchdown, as he’s averaging 13.8 yards per reception, with his best catch of the season going for 24 yards.

Stills last year in his first year with the Texans — after spending 2013-18 with the New Orleans Saints and Miami Dolphins — the wide receiver collected 40 receptions for 561 yards with four touchdowns. Also last season, Stills averaged 14 yards per reception, while also collecting 27 first downs. Two of Stills’ receptions last season went for 40-plus yards in 2019.

According to Spotrac.com, the contract of Kenny Stills ends after this season, as he has a base salary of $6.975 million this season, so it does make sense to trade a receiver like Stills who can still have success in the league. The Houston Texans can make sure they get a player in return with a possible late-round draft pick.

The Houston Texans have shown they don’t value Stills like they should, as he’s played in just 32 percent of the offensive snaps and has made zero starts too. Granted, last year Stills made five starts when Will Fuller was injured, but this season he’s played just 138 snaps, and the percentage of snaps played this year is on pace to be the least of his entire eight-season career.

Texans: Which teams could trade for Kenny Stills before the trade deadline?

Last year when the Texans traded for left tackle Laremy Tunsil, Kenny Stills was a part of that trade. Now with the Texans in need of draft picks for next season, and all but out of the playoff picture with a 1-6 record at their Week 8 bye week, some trades need to be made to help rebuild this franchise for depth purposes.

Houston needs to build up their secondary during the draft next April, and they could use more depth on the o-line, plus don’t forget there are issues with the defensive line. Basically, the Texans aren’t a great team, and teams are built during the draft.

The Saints and Green Bay Packers would have to have interest in Stills before the trade deadline, and maybe the Philadelphia Eagles too, as they honestly have a chance to compete for the NFC East title as it is a weak division.

What about the Cleveland Browns? They just lost Odell Beckham Jr. for the rest of the season, and they will have to replace him as they try to battle their way to a playoff spot. Why not add a player like Stills who is a veteran who has playoff experience, familiar with the AFC, plus he could bring some stability to Baker Mayfield and the Cleveland offense.

The same could be said for Aaron Rodgers and the Packers because they are going to most likely make the playoffs once again, and they don’t have the greatest players at the wide receiver position.

Inside Housing – Comment – After ‘Everyone In’ got rough sleepers inside, it is time for the government to commit to ‘No Going Back’