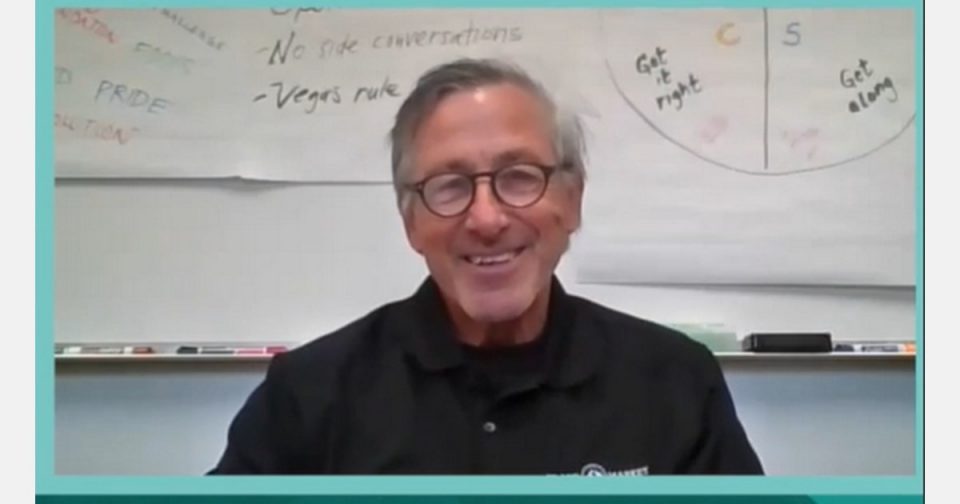 Organic produce has hit the mainstream.

So says Jim Donald, co-chairman of the board of Albertsons Companies Inc., a leading retail company with some 20 retail banners to its name. “Our produce manager is doing 40-50 percent of his business in organics. It’s mainstream and it’s not going away,” said Donald yesterday at the virtual Organic Produce Summit talk on how the COVID-19 pandemic is altering consumer buying habits and the future of the food industry.

It’s quite a different story from Donald’s earlier years in the retail industry. “When I was in the produce department, organics basically didn’t exist, or it had one little corner. But now it takes up more retail square footage than anyone would have imagined,” he says.

Organic growth continues
And while the pandemic has helped organic sales, it isn’t solely responsible for the growth in organics of course. “Organic produce is seeing major increases across all my banners. It’s going crazy right now,” he says. “Anything that’s green and organic is blowing up. It’s just a matter of how people are choosing to eat now. It’s not just during the pandemic but organic itself has been growing.”

In fact, taking organics out of that corner to take up more retail space is a big part of the category’s success. “It’s also the way that retailers are going to market. The way the store communicates about its organic produce now is far better than they’ve ever communicated,” said Donald.

So, what could the organics industry do to make the movement and acceptance of organic product even better? “Just give us product and keep that supply chain full. R&D, innovations, etc. are critical as well but right now we need product more than anything,” he says. He also encouraged suppliers to continue to work on clear labelling of organic product. “We need to keep having plenty of supply and the proper labelling to ensure it’s ringing up correctly,” he adds.

Applied learnings
Donald also went on to outline some of the learnings that retailers such as the ones operating under Albertson’s name have learned throughout this pandemic. “The pandemic has reinforced to me the importance of e-commerce. I’ve always said a good e-commerce platform sits on a strong bricks and mortar concept and it’s not going away. It’s here to say,” he says.

He also thinks that both retailers and suppliers have come out of the pandemic better positioned than when it went into the pandemic.

“The supplier community is better as is the retailer community. We’ve seen what happens when 40 percent of food purchased elsewhere goes away and comes back to our stores,” he says. “All retailers have a better sense of urgency, more respect for what their front lines do and I think we’re stronger as an industry.”

Factory output shrank at a lower pace in May – business news

US import bonanza could extend into 2021 on ‘record’ restocking