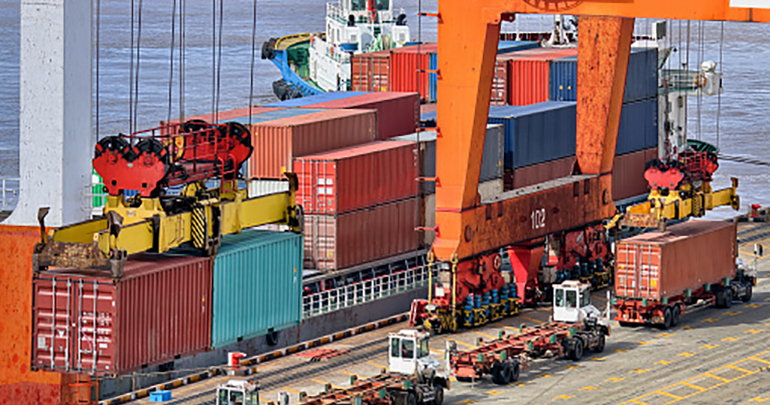 One of the nation’s most prominent unions faces a crippling financial blow in the form of a jury award of $93.6 million for having engaged in unfair labor practices against an employer forced to abandon a facility because of the union’s actions.

On Nov. 4 a federal jury award in favor of ICTSI Oregon Inc., the former operator of an inland Port of Portland, OR, terminal, was handed down after allegations that the International Longshore and Warehouse Union (ILWU) had engaged in unlawful boycotts and other acts perpetrated that caused significant damage to ICTSI’s business, eventually resulting in the international terminal operator abandoning the facility.

The jury apportioned the damages by coming to the conclusion that 55% of the blame belonged to the ILWU and 45% was the fault of the union’s Local 8.

ILWU has told the U.S. District Court in Portland that it will attempt to have the verdict modified, and if necessary, will appeal the decision itself to a federal appeals court. If it does not ultimately prevail, the union says it will be forced into bankruptcy. As of last year, the ILWU listed its total assets as just over $8 million—$85 million short of the judgment.

This lawsuit was the last remaining active case out of six separate actions filed in 2012 arising from a labor dispute at Terminal T6 in Portland involving a jurisdictional dispute between ILWU and another union. Soon after ICTSI opened the terminal, the International Brotherhood of Electrical Workers (IBEW) argued contracts required that jobs involving the plugging, unplugging and monitoring of refrigerated shipping containers be assigned to IBEW members.

The ILWU argued that the terms of its collective bargaining agreement required that the same jobs be assigned to ILWU members. The longshoremen’s union then filed several grievances seeking to have the reefer jobs assigned to its members, and IBEW threatened to picket ICTSI if the jobs were awarded to the ILWU. In August 2012, the National Labor Relations Board (NLRB) issued a decision awarding the reefer work to IBEW-represented employees.

As attorney Phillips McWilliams of the Fisher Phillips law firm points out, the NLRB decision favoring the IBEW didn’t go over well with the ILWU—to put it mildly.

ICTSI charged that the ILWU and its Local 8 responded by engaging in unlawful secondary boycott activity, including unlawful slowdowns where longshoremen operated cranes and trucks in a slow and nonproductive manner by doing things like refusing to hoist cranes in bypass mode, and declining to move two 20-foot containers at a time on older carts.

The ultimate goal was to force ICTSI and truckers who called at Terminal 6 to cease doing business with the port. After ICTSI asserted that the union had violated federal labor law, the company prevailed before an administrative law judge in 2014, then in front of the NLRB in 2015, and finally in front of a federal appeals court in 2016.

By that time the damage done to ICTSI by the ILWU had become insurmountable for the company, leading to the loss of its service contracts with two major shipping companies—which represented 98% of its business at the port—and caused it to suffer in excess of $101 million in damages. Since ICTSI was forced to leave the facility, the Port of Portland has resumed operating Terminal 6 in partnership with the ILWU.

“The ILWU itself, therefore, acknowledges that this decision could spell the end of the ILWU as we know it,” McWilliams believes. Because of appeals, he notes, “any bankruptcy filing could be years from now, but it is certainly a realistic possibility.”

(In a separate development, ILWU Locals 8 and 92 in Portland are being sued by Columbia Export Terminal LLC for nearly $16 million in a lawsuit claiming the union locals had engaged in wage fraud.)

It is difficult to see the union succeeding in getting the damages reduced if it does not modify its rhetoric, including continuing to deny that it is to blame for ICTSI abandoning the terminal. ILWU International president William Adams said publicly that it was ICTSI’s own mismanagement of the terminal that led to its failure. “In creating and promoting a miserable working environment for longshore workers, ICTSI was doomed to fail at the Port of Portland,” he asserted, and accused ICTSI of pursuing the goal of “union-busting on a global scale.”

Regardless of the eventual outcome, McWilliams says this “astonishing” jury verdict represents a significant victory for employers because it demonstrates that unions cannot engage in unfair labor practices with impunity, and there may be significant consequences to any illegal activity.

He stresses that employers who deal with the ILWU should be aware that the union has been dealt a significant and possibly deadly blow. “This does not mean that the ILWU will become a pushover and immediately cease to engage in its normal activities. On the contrary, a union facing extinction will likely seek to expand more aggressively. You should be aware of this development, however, when working with the ILWU to the extent it impacts your individual situation.”

India needs to tighten up its procurement, protection processes of defence technology: US official | India News