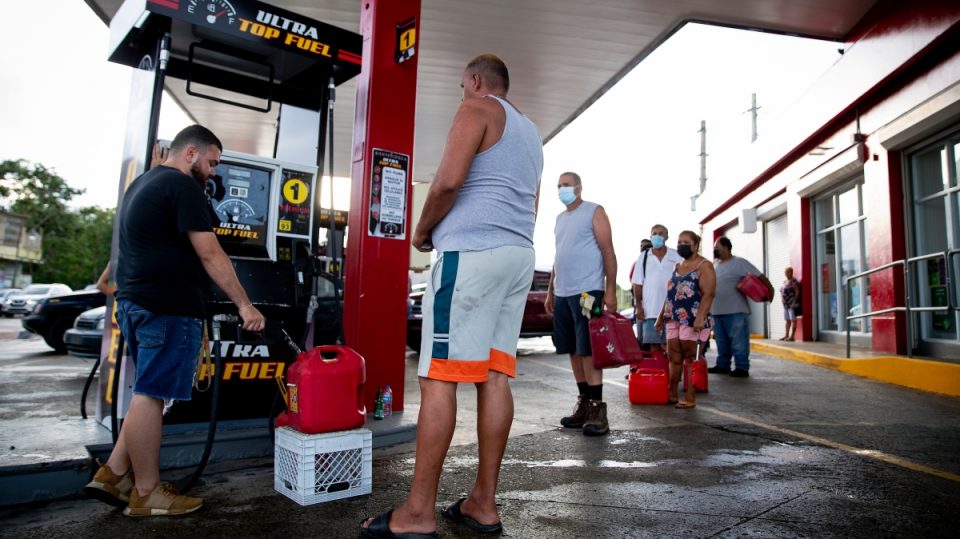 Puerto Rico is still recovering from the damage caused by Hurricane Fiona.

Earlier this week, hundreds of thousands of homes on the island were still without power, while a tanker full of diesel fuel sat idling off the coast, unable to dock because of a century-old law known as the Jones Act. It requires ships carrying goods between U.S. ports to be U.S. ships.

On Wednesday, the Department of Homeland Security waived the Jones Act so the Marshall Islands-flagged ship could dock. But the law remains a major point of contention on the island, a U.S. territory.

The Jones Act is officially the Merchant Marine Act of 1920. And — according to Sal Mercogliano, a maritime historian at Campbell University — the part that concerns Puerto Rico is Section 27.

“What Section 27 says is to move goods from one port to another in the United States, you have to do it on a U.S.-flagged, U.S.-owned, U.S.-crewed and U.S.-managed vessel.”

This idea was codified after World War I to ensure that our domestic fleet could carry goods to American ports in times of war and peace, Mercogliano said.

But in Puerto Rico, complaints about the law are perpetual, said Charles Venator Santiago at the University of Connecticut.

“Puerto Rico can’t sustain itself with local goods,” he said. “It can’t produce enough agricultural goods to sustain the population on the island.”

The law is unpopular elsewhere too. It prohibits companies from shipping natural gas from the Gulf of Mexico up to the Northeast during the winter, which adds to energy bills.

“I’m not saying that abolishing or reforming the Jones Act is a panacea to those problems, but it does introduce long-term costs that should be addressed,” said Joseph Majkut, director of energy security and climate change at the Center for Strategic and International Studies.

Changing the law wouldn’t be easy, though. The maritime industry likes the Jones Act, and it has a lot of clout in Washington. Amending it would change a century of shipping practices, said Campbell University’s Sal Mercogliano.

The Department of Homeland Security waiver is for a limited time and only applies to shipments of fuel. A group of House lawmakers has asked for a one-year waiver.

There’s a lot happening in the world.  Through it all, Marketplace is here for you.

You rely on Marketplace to break down the world’s events and tell you how it affects you in a fact-based, approachable way. We rely on your financial support to keep making that possible.

Your donation today powers the independent journalism that you rely on. For just $5/month, you can help sustain Marketplace so we can keep reporting on the things that matter to you.