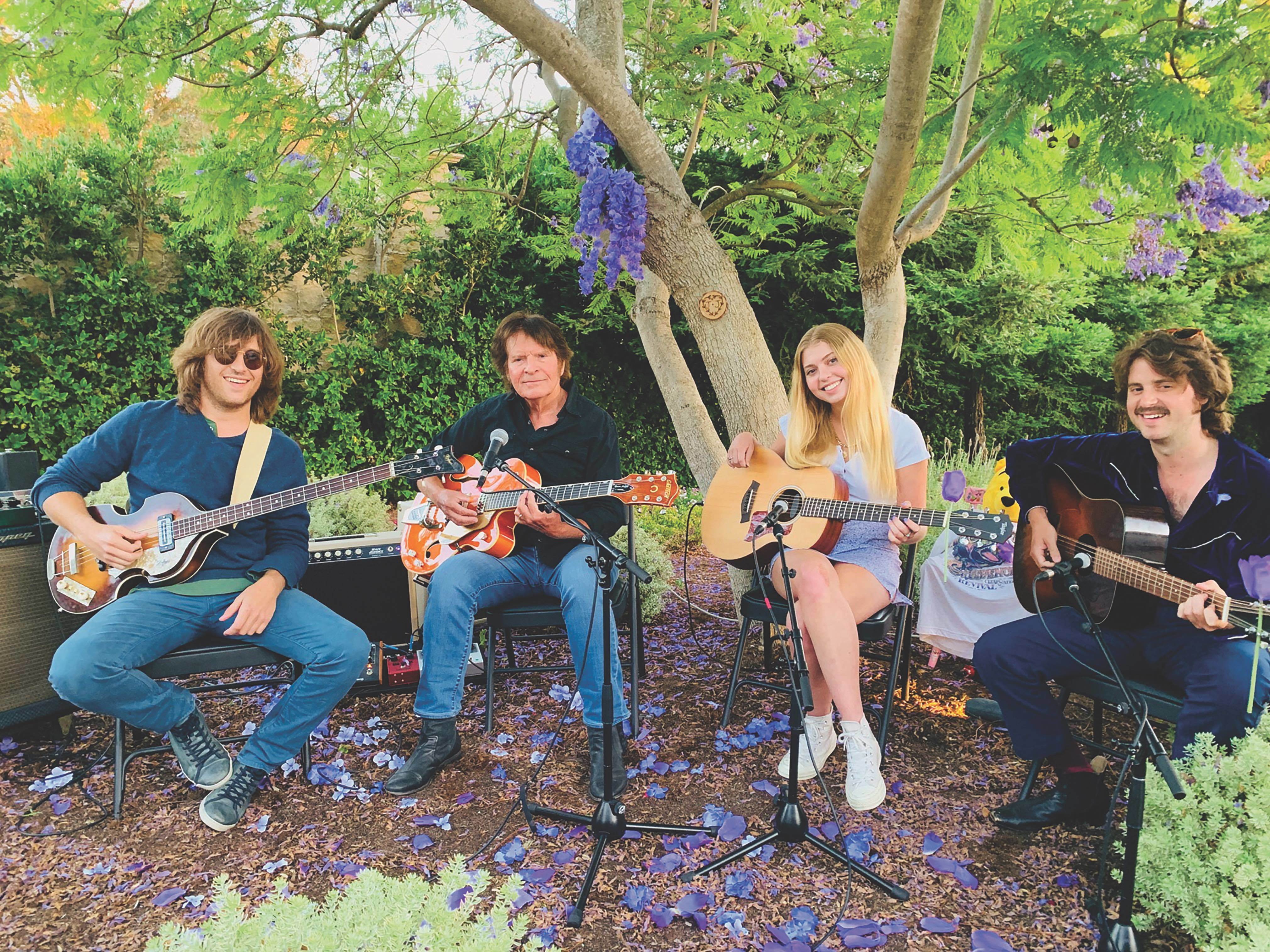 Following the late November CD and digital release of Fogerty’s Factory, featuring John Fogerty and his children, the album is now available to purchase in the vinyl format via BMG. While self-quarantining together the Fogerty Family, featuring John with his sons Shane, Tyler and daughter Kelsy, gathered in their home studio to play music together. Wanting to share their uplifting music with a world in quarantine, a new video was released each Friday as part of a special YouTube series and the fans loved it, eagerly waiting each week to hear John’s classic songs. Critics also heralded the series as one of their favorite live streams in 2020.

To date, these videos have garnered over 10-million views and caught the attention of prestigious outlets such as NPR’s Tiny Desk, The Late Show with Stephen Colbert and for an hour long radio special on SiriusXM, The Fogerty Rockin’ Family Hour, where John joined his sons, Shane and Tyler, to talk about music and life.  Each outlet received a unique video version of the Fogerty Family singing and playing John’s iconic songs. The family even gathered at an empty Dodger Stadium to film “Centerfield” on John’s 75th birthday, May 28th.  The audio from these sessions was originally released digitally as an EP that day. But the family didn’t stop there, adding to the collection, nine new tracks form a full album.

John Fogerty’s songs have continued to be a consistent presence throughout the past year. In December, Creedence Clearwater Revival’s Chronicle Vol. 1 hit the milestone of charting for over 500 weeks on the Billboard 200, becoming only the eighth album to ever do so. On January 7th, Fogerty released a new song, “Weeping In The Promised Land,” his poignant reflection on 2020 and how the events of this past year have altered life as we’ve always known it. “Weeping In The Promised Land” ultimately serves as a moving tribute to those who have been victims of the pandemic and those who have suffered through prejudice and injustice, with an eye on brighter days ahead.

Listen to “Weeping In The Promised Land” here: https://johnfogerty.lnk.to/WeepingInThePromisedLand


Check out John Fogerty’s YouTube channel for all of the Fogerty’s Factory videos.

Who is included in Phase 2 for vaccinations? More details on Kansas’ current plan | News, Sports, Jobs