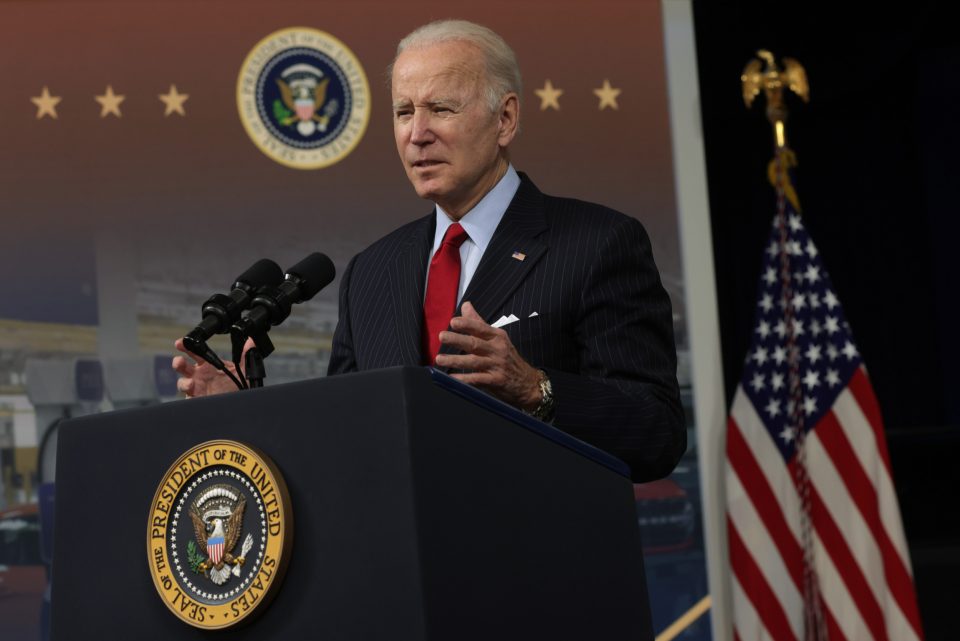 President Joe Biden has sought to assure Americans that they need not go without as they sit down for their Thanksgiving Day meal.

Biden’s attempt to dampen down fears about getting a feast on the table follows months of supply chain problems and the highest annual inflation increase for three decades of 6.2 percent.

“For all those concerns a few weeks ago that there would not be ample food available for Thanksgiving, families can rest easy today. Grocery stores are well-stocked with turkey and everything else you need,” he tweeted on Wednesday.

While not warning of food shortages, figures from the American Farm Bureau Federation revealed that the average cost of a Thanksgiving meal could be up to 14 percent higher compared with last year.

Using pricing data across 50 states and Puerto Rico, the Farm Bureau blamed disruptions to supply chains over the last 20 months caused by COVID, inflation and difficulty in predicting demand.

Its 36th annual survey was released on November 18 and looked at a basket of goods including fresh turkey, stuffing, sweet potatoes, rolls with butter, peas, cranberries, a veggie tray, pumpkin pie with whipped cream, and coffee and milk.

Fresh turkeys accounted for the biggest price rise, although it said cheaper frozen birds would be available for Thursday’s meal.

Separate figures provided to Newsweek by the U.S. Department of Agriculture found that a basket of Thanksgiving staples which included a frozen turkey would be 5 percent higher.

Agriculture Secretary Tom Vilsack said in a statement: “Everyone who wants a bird for their Thanksgiving dinner will be able to get one and a large one will only cost $1 dollar more than last year.”

The U.S. is expected to go into the new year facing supply chain problems exacerbated by the pandemic, a lack of containers, ships, and trucks and a surge in demand. There are also signs that labor market shortages are starting to replace supply chain issues as the main factor for higher costs.

“While we are clearly seeing signs that the transitory nature of supply chain issues is coming into view,” Jamie Cox, managing partner for Harris Financial Group, said in a statement to Newsweek, “mismatches in labor supply and demand” are causing wage pressures to mount.

“Given persistent retirements and other shortages in the labor force, it is possible these temporary dislocations become permanent.”

Demand for NZ wine shows no sign of slowing