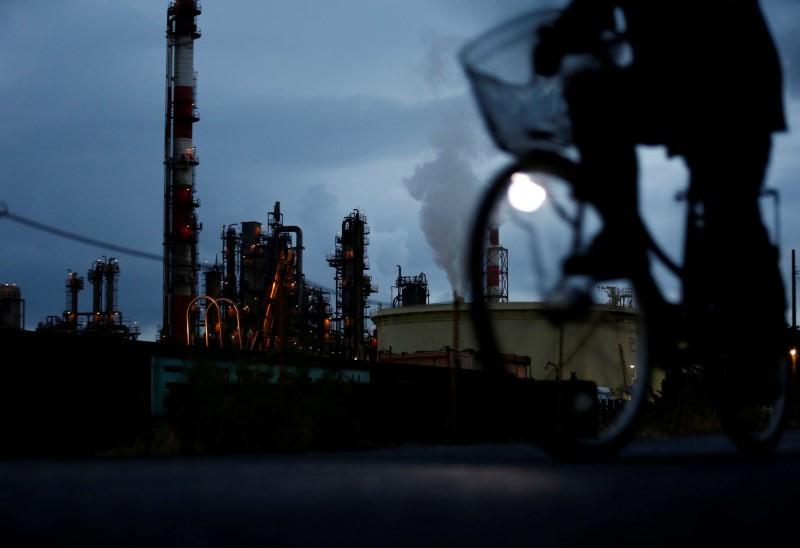 TOKYO (Reuters) – Japan’s factory output and retail sales are expected to have slumped in October, a Reuters poll showed, as slowing global demand and a sales tax hike introduced in the month hurt exports and private consumption.

The slew of data is likely to underscore the fragile state of Japan’s economic recovery and keep policymakers under pressure to unveil more measures to prop up growth.

Industrial production is expected to fall 2.1% in October after a 1.7% gain in September, a poll of 18 economists showed, as sluggish exports and the hit to domestic demand from the sales tax hike took a toll on factory activity.

“Given the pent-up demand that occurred in September ahead of the tax hike, a downturn in October is inevitable,” said Takeshi Minami, chief economist at Norinchukin Research Institute.

Separate data is expected to show that retail sales fell 4.4% in October from a year earlier after growing at the fastest pace in 5-1/2 years in September, when consumers rushed to buy big-ticket items to beat the sales tax hike. [nL3N27F00S]

Prime Minister Shinzo Abe proceeded with a twice-delayed sales tax hike in October to 10% from 8% as part of efforts to rein in Japan’s huge public debt.

Some investors fret the higher levy may put more pressure on an economy that saw growth ground to a near standstill in the third quarter as the U.S.-China trade war knocked exports.[nL4N27S22T]

Private consumption grew 0.4% in July-September, slowing from a 0.6% increase in the previous quarter, despite stronger demand from households which sought to beat the October tax hike.

Heightening fears of recession have prompted calls from ruling party lawmakers for an extra budget including $92 billion in spending to revive growth. [nL3N280528]

The government will release the retail sales data at 8:50 a.m. Japan time on Nov. 28 (2350 GMT, Nov 27), while the industrial production data is set to be released a day later at the same time.

Data next week also includes the Tokyo consumer price index (CPI) for November, which likely rose 0.6% from a year earlier, according to the Reuters poll.

Nationwide core CPI rose just 0.4% year-on-year in October, underscoring the challenge the Bank of Japan faces in firing up inflation to its elusive 2% target. [nL3N2811F7]