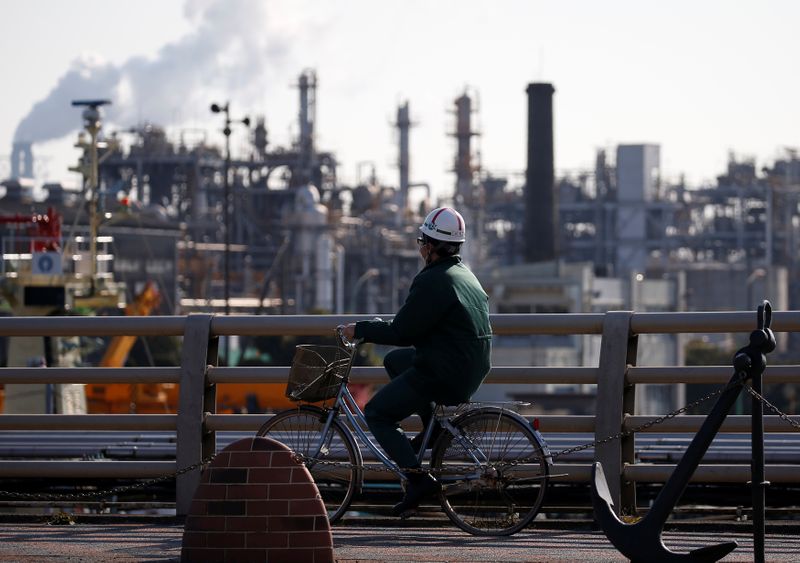 The world’s third-largest economy has rebounded from its biggest postwar slump last year, but a resurgence in local and overseas coronavirus infections is raising the prospect of a prolonged period of subpar growth.

The nation’s factory output is expected to have declined 1.5% in December from the previous month, the poll of 18 economists showed on Friday, deepening from a 0.5% fall in November.

“There is a chance that rapid recovery in the production on a monthly basis may have ended.”

Factory output had risen between June and October, recovering from the pandemic-hit declines earlier last year, support by global demand for autos and IT related goods.

Japan renewed the state of emergency in Tokyo and some other areas earlier this month to curb the virus infections, which analysts say could hurt businesses, especially the service sector.

Retail sales, a key gauge of consumer spending, likely slipped 0.4 % in December, down for the first time in three months, the poll found.

Sales of autos, home electric appliances, food and beverages were firm but other products such as clothes fell as people refrained from going out due to the pandemic, analysts said.

The trade ministry will publish retail sales data at 8:50 a.m. on Thursday (2350 GMT Wednesday) and factory output data on Friday.

The jobless rate due on Friday is forecast to have risen to 3.0% in December from 2.9% in November and the jobs-to-applicants ratio, a gauge of the availability of jobs, likely stood steady at 1.06.

Here is why The Cheesecake Factory Incorporated (CAKE) recent weekly performance of 3.97% shouldn’t bother you at All