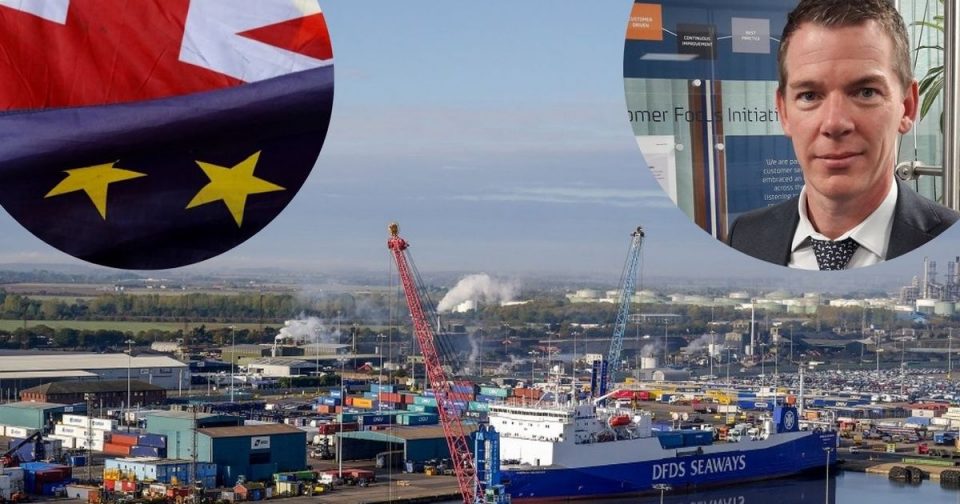 January’s lull in cargo is helping freight firms come to terms with the new post-Brexit administration.

There has been no repeat of the port congestion that saw vessels held in the Humber ahead of Britain stepping out of the EU.

DFDS – the largest roll-on roll-off operator at the country’s largest port – said the drop off in movements was helping those at the coalface get to grips with the new customs documentation at the Europe-facing Immingham operation.

Andrew Byrne, managing director, said: “Volume-wise it has been quiet because of the amount of cargo we saw in December. We have seen a lot more units being exported, as the balance has levelled up, a lot of units now delivered going back empty or with new consignments. The congestion that we saw has gone.

“We are seeing a few issues with customs systems, with customers and customers’ customers, be it getting used to new procedures or additional manual checks, but because volumes are lower it is not impacting on the traffic flow.

“If we were as busy as December and having discrepancies it would, but we’re not, so we’re just ironing out the crease and helping customers. Every day is getting lighter and in a couple of weeks we will be in a position where it is routine.”

There have been isolated cases of drivers arriving to collect cargo that has yet to be cleared, containers not hitting sailings due to the same, chiefly on hazardous goods, and early HMRC IT system backlogs.

“We have seen a few truck drivers hanging around frustrated, as previously they could move as soon as they were on the quay. We have also had some units delivered to the quay and not get customs cleared and not get on the ship.

“It is 29 years since we have had to do this. We’ve built an entire operation around being frictionless, so it adds another layer of complexity.”

While document checks came in as the 11pm release came on New Year’s Eve, physical checks won’t be brought in untul July 1.

Almost £50 million is being spent on new border control posts in the Humber to be up and running for then, with new facilities at Hull, Immingham and Killingholme.

One freight forwarder based close to the South Bank ports said he was a little worried about how unprepared many clients were.

“The biggest hurdle is getting people’s heads around the fact that for imports and exports to the EU there are now customs clearance,” he said. “Previously you could ship out and not worry about it.

“If you manufacture in the UK and only send to Holland and Germany it is quite a big step, but if you deal with China or Australia is it more of the same. Now whether it is Dublin or Dubai the same applies. Shippers and manufacturers that were already globally active are more switched on and used to it.”

What is your take on the changes? Let us know in the comments field below.

Chengdu-Europe Railway Adds Momentum to Chengdu’s Rise as an International Hub, Leading to Closer Cooperation Between Chengdu and Tilburg

How to ensure fair AI throughout the supply chain – The European Sting – Critical News & Insights on European...