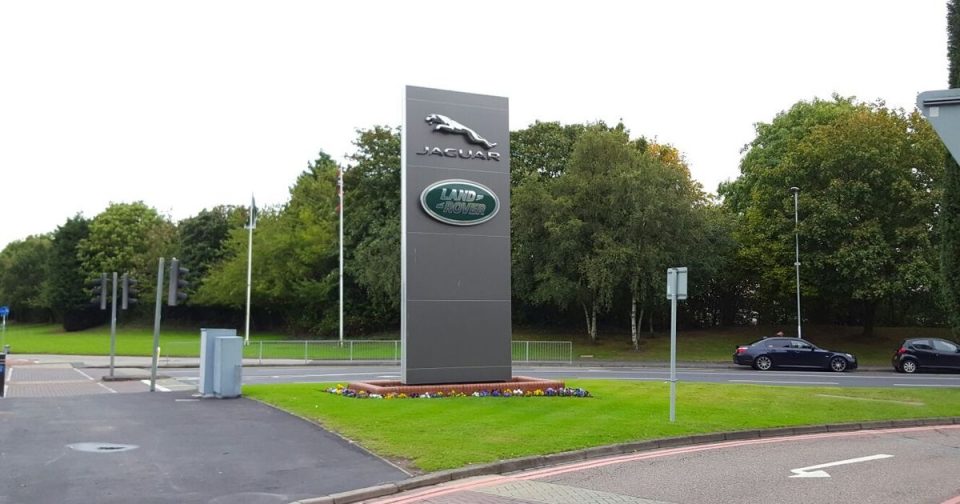 Jaguar Land Rover has been given the all-clear after police were called to the firm’s Solihull plant over allegations of a Covid-19 breach.

Officers attended the Coventry car maker’s Solihull factory on Thursday January 7 after receiving a report online of a potential violation.

Police spoke to management and staff at the Lode Lane site before being satisfied no breach had taken place and left, reports BirminghamLive.

A West Midlands Police spokeswoman said: “We received an online report of Covid regulation breaches  at JLR on January 7.

“Officers visited the company at Lode Lane, Solihull and spoke to management and staff who showed them around the site, explaining their full compliance with regulations.

“We were satisfied that all safety measures and precautions were in place and being adhered to.”

A Jaguar Land Rover spokesman said: “We can confirm that West Midlands Police visited our Solihull manufacturing facility in the evening of Thursday 7 January.

“Staff at the site cooperated fully with the enquiry and West Midlands Police have closed the report with no further investigation required.”

The visit came after a number of workers contacted BirminghamLive to claim some staff told to self-isolate by the NHS’s Test and Trace Service were still being called into work.

But Jaguar Land Rover confirmed a new trial had been set up at their sites – including Wolverhampton – that would see staff being tested every day.

A spokesman said: “At Jaguar Land Rover, the health and wellbeing of our employees is our primary concern.

“As part of our ongoing commitment to keep our teams safe, Jaguar Land Rover is taking part in the NHS Test and Trace’s Serial Contact Testing pilot and launching rapid Covid-19 testing at our Solihull and Halewood plants.

“The rapid testing procedure has been developed in full partnership with the NHS, and is fully compliant with NHS protocol.

“If an employee does not want to take part in the trial, they will self-isolate at home for 10 days in line with the UK Government advice and will continue to be paid.”

Ruth Tennant, director of public health at Solihull Council, said: “As part of our response to the pandemic, Solihull Council is one of a number of areas supporting the roll-out of targeted testing in key parts of the borough where people may be more at risk of Covid, particularly if they need to go out and about to work.

“This includes working with some of the areas’ major employers to expand testing for essential workers who need to continue to work throughout lockdown.

“We are delighted to be working in partnership with Jaguar Land Rover and the Department of Health and Social Care to trial a new Covid-19 rapid testing regime which aims to allow people to continue to work rather than self-isolate if they have a daily negative test.

“We believe that managing our economy and defeating the pandemic go hand in hand and this partnership is a key example of how we can do this. We look forward to working with Jaguar Land Rover as this scheme progresses.”

You can get your Coventry and Warwickshire news straight to your email inbox – and it’s FREE!

All you need to do is sign up here.

The emails come out twice a day, at lunchtime and in the evening, with the latest news, what’s on and sport from across Coventry and Warwickshire.

Unite national officer for the automotive industries Des Quinn said: “Returning to work procedures relating to absences, whether due to Covid-19 or for any other reason, at the Jaguar Land Rover engine manufacturing centre in Wolverhampton are in place.

“However, no one has been disciplined for being off for a Covid-related absence.

“If anyone has any concerns they should come forward to the union as we, along with the company, have been clear on employees getting tested and avoiding work if positive as it is their legal responsibility not to put other colleagues at risk.”

The factory-building tower defense of Mindustry gets a huge 6.0 update

Timaru public responsible for hundreds of tonnes of contaminated waste