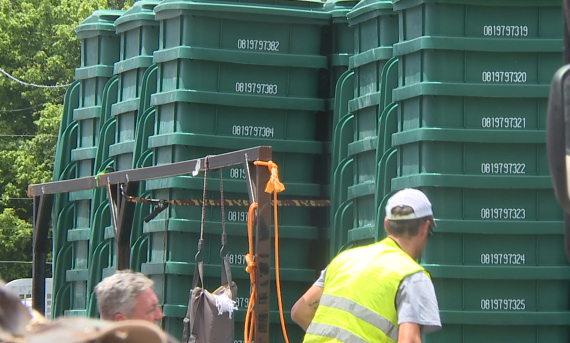 JACKSON, Tenn. — Some Jackson residents should have already had their new Waste Management garbage cans.

Starting Monday, the City of Jackson will distribute 94 gallon garbage cans to residents across the city, starting with south side, then west, to the east and then moving north.

This is a part of the city’s five year contract with Waste Management.

Jackson Mayor Scott Conger says by the end of August there should be over 2,000 garbage cans delivered throughout the city.

“The garbage cans have been shipped in, so they’ll start with 500 today going out,” Conger said. “Then for the rest of the month, 1,500 will go out and be dispersed through the city.”

For more information about the garbage cans being delivered or if you have questions, visit jacksontn.gov.