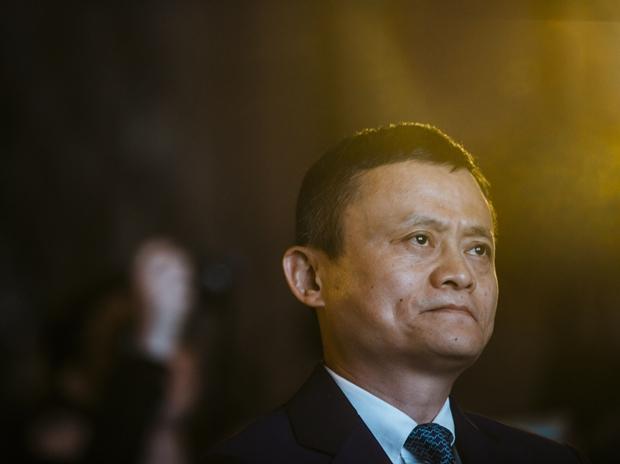 The future of Ant Group remains up in the air after its dramatic fall from grace. Regulators seem to have stopped short of dismantling it and the company is considering a transition to a financial holding company, willing to be regulated like a bank. It’ll be tough. What could Ant ultimately look like?


Bank-like companies don’t command tech-like valuations. Unless, of course, you’re in the booming consumer finance market in China, which is expected to hit 3 trillion yuan ($464 billion) in volumes over the next four years. That’s where credit demand is —and that’s where Ant’s reach is. More importantly, state planners are trying to generate domestic demand and supply, keeping with their so-called dual circulation strategy. For that to work, credit will have to flow to households effectively.

Beijing knows that too. Growing disposable incomes drove consumption growth for the better part of the last decade but have been slowing. That means the authorities need another way to keep its economy humming along. In 2019, consumer finance customer numbers swelled to almost 130 million, up over 50% from the year before. The state also knows that’s good for the economy. Data show an increasing correlation between the growth of consumer loans and retail sales in the country. Ant could potentially play an even larger role here than it is already doing, with more skin in the game.


Over the last year, the government has encouraged the growth of consumer finance companies as well as the existing units of banks that deal in the business. Ping An Insurance (Group) Co. of China, one of the largest insurance groups, received approval for a new consumer finance company as did China Construction Bank Corp, one of the largest lenders by assets. The banking regulator also loosened restrictions on these lenders and expanded funding channels by allowing them to raise different types of capital, including tier-2 capital compliant bonds.


Ant had hitched itself to the trend. In August last year, it took a 50% stake in a new consumer finance company set up with Nanyang Commercial Bank Ltd., battery maker Contemporary Amperex Technology Co. and others. The banking regulator approved it the following month.


To get back in the government’s good graces, Ant could assure the authorities that it will help and not hinder their agenda. For example, the company’s Zhima credit scoring system might dilute worries about banks taking on risky loans and, in the larger scheme, dovetail with the government goal of protecting household wallets.


Morphing back into a much more clearly defined financial services player and away from the fuzzy fintech giant operations won’t be too tough for Ant. The hard part is capital commitment. But as a consumer finance company, Ant could raise capital via deposits from its domestic shareholders. It would also be allowed to borrow from banks or issue financial bonds. Many of China’s licensed consumer finance companies have commercial banks as backers.


This isn’t likely to return Ant to its super-unicorn valuations. However, a stronger business model that is less reliant on low acquisition costs and tack-on businesses may actually survive alongside Ant’s more established payments business.


Consider what’s happened to LendingClub Corp, one of the largest fintech consumer lending platforms in the U.S. The company started out as a marketplace for borrowers and lenders, hoping to upend the banking system. Six years on, it is buying a bank. That provides both cheaper funding for LendingClub and more clarity for regulators, who have approved of the move. The stock has popped since then.


From market forces in the U.S. to regulators in China, there seems to be convergence on where large fintech players should sit in financial systems and the purpose they serve.

Business Standard has always strived hard to provide up-to-date information and commentary on developments that are of interest to you and have wider political and economic implications for the country and the world. Your encouragement and constant feedback on how to improve our offering have only made our resolve and commitment to these ideals stronger. Even during these difficult times arising out of Covid-19, we continue to remain committed to keeping you informed and updated with credible news, authoritative views and incisive commentary on topical issues of relevance.

We, however, have a request.

As we battle the economic impact of the pandemic, we need your support even more, so that we can continue to offer you more quality content. Our subscription model has seen an encouraging response from many of you, who have subscribed to our online content. More subscription to our online content can only help us achieve the goals of offering you even better and more relevant content. We believe in free, fair and credible journalism. Your support through more subscriptions can help us practise the journalism to which we are committed.