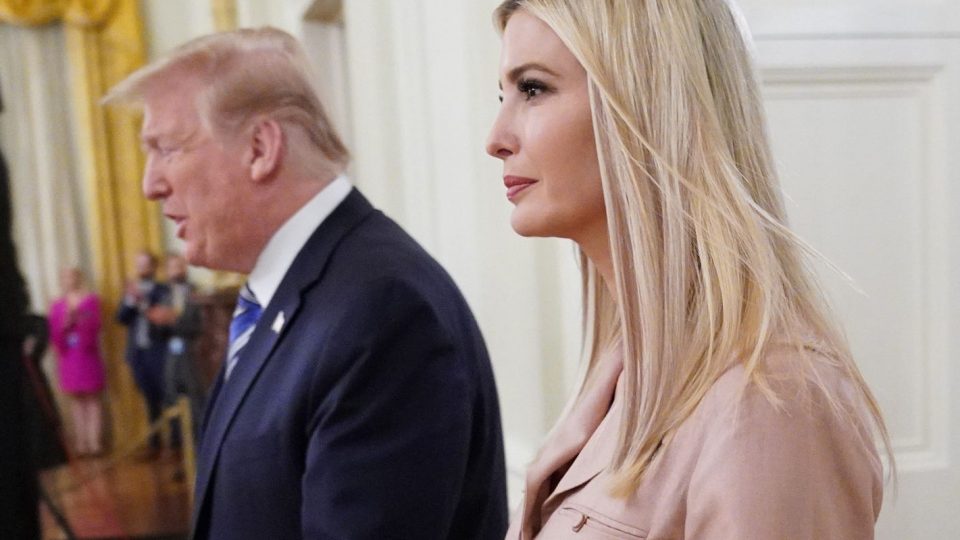 Ivanka Trump and U.S. Secretary of Agriculture Sonny Perdue toured a food service business in Maryland, where they touted a new $3 billion federal food purchase and distribution program. (May 15)

WASHINGTON – The U.S. Agriculture Department is unveiling a new food distribution program with an emphasis on aiding small businesses – an issue that is being pushed by a very prominent White House adviser.

Under the “Farmers to Families Food Box Program,”  the federal government buys meat, produce and dairy products from farmers and ranchers, then provides it to local distribution centers that pack and deliver food boxes to those in need.

It “really creates a virtuous cycle,” Ivanka Trump told USA TODAY in an interview, citing a “robust demand” from food producers, consumers, and “the most vulnerable in these challenging times.”

Trump and Agriculture Secretary Sonny Perdue, who also participated in the interview, said the program will also address gaps in the food supply chain spawned by the coronavirus.

“There was a mis-allocation of supply and demand, temporarily,” Perdue said.

The program is a symbol of how the president’s eldest daughter is making her presence felt on a number of issues during the coronavirus pandemic. She has pushed for more aid to small businesses in programs designed to manufacture personal protective equipment, the paycheck protection program, and economic injury disaster loans.

Although the demand for dairy products is high, dairy farmers are struggling with getting their products from their farms to stores.

Trump, who called UPS chief executive David Abney about volunteering trucks to make food box deliveries, said she and others are “pulling all the levers” they can. And, no, the last name doesn’t hurt.

“I think when you work in the White House, you tend to have your calls returned,” Trump said. “And I think most Americans are patriots and want to answer the call to action when things are requested of them.”

She added: “I’m not shy about asking people to step up to the plate. The whole country needs to be galvanized in the effort, both to combat this deadly virus, but also to rebuild … to rebuild our economy as we emerge.” 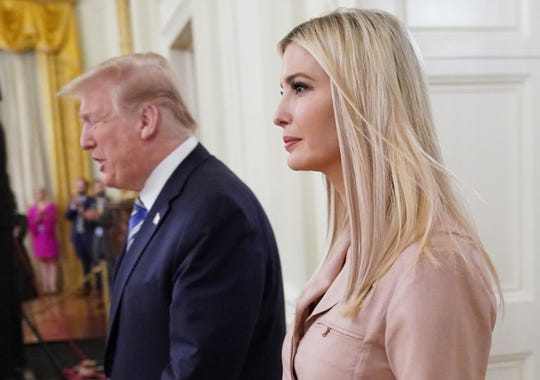 Trump spoke a day before the formal kickoff of what the administration calls the “Farmers to Families Food Box Program,” part of the stimulus plan known as the CARES Act. She will visit a distribution center in Laurel, Maryland, as the first food box deliveries go out the door.

The Agriculture Department has already awarded $1.2 billion to food distributors to buy meat, dairy and produce products that farmers have been unable to sell because of government lockdowns.

The distributors will pack the food into boxes for delivery to food banks, community and non-profits that have had trouble getting food because of problems with the supply chain.

Earlier this month, the Agriculture Department approved $1.2 billion worth of contracts, and about 90% of the money went to smaller or regional food suppliers.

The emphasis on small and regional businesses has not sat well with some bigger distributors. Some have protested that too much money is going to firms with little or no experience.

The United Fresh Produce Association, which represents about 1,500 companies, sent an open letter to the Agriculture Department division that awards contracts, saying some of its members have concerns about the contracting process.

In the letter, association president and CEO Tom Stenzel said some his members pointed out that “companies who were awarded bids without their own warehouse, staff and distribution ability are now soliciting companies that have those facilities and were denied bids for no apparent reason.”

In a telephone interview, Stenzel said the problems seemed to be anomalies and “the vast majority of the contracts are good and legitimate. Overall, it’s a really good program.”

Stenzel also said he did not know about Ivanka Trump’s involvement in developing the program.

Perdue said the contracts “were done very objectively” and his department is reviewing the complaints.

“Obviously competition is good,” Trump said, and she added that “we want to encourage and support a robust ecosystem of distributors across the nation.”

As President Donald Trump ordered meat packing plants to remain open, some unions protested that owners were not doing enough to assure workers’ safety, especially in facilities where the virus spread.

Perdue disputed that claim, saying owners are careful to make sure their facilities are clean, and that workers are supplied with protective equipment.

“These companies have done an amazing with the protective equipment,” Perdue said.

As for the food supply chain, Perdue said: “While we may not have the same variety, we have adequate supply.”

why workers can refuse to return to the office

Aire Networks, a major telecommunications wholesaler, reinforces its offer for companies with the purchase of Lcrcom

The Strategic Rebirth of Procurement