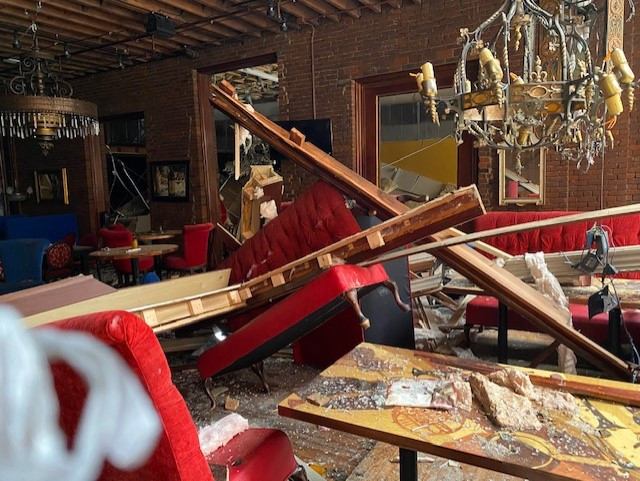 NASHVILLE, Tenn. (WKRN) – Another devastating blow has been dealt to a beloved Second Avenue business.

Less than two months after the Christmas Day bombing, The Old Spaghetti Factory’s lease was terminated by their landlord after 40 years and with 14 years left on the current agreement.

“When we first started talking about walking through the restaurant with the landlord, their whole attitude was ‘Hey, we’re really glad you’re our tenant and we are going to work with you and are excited about getting the building back in shape,’” said Todd Saxey, the District Manager.

The owners were notified about the termination through a certified letter.

“It was like ‘Wow, really?’ You’re going to do this now when we’re in this really vulnerable position and it just makes me think whoever is their decision making group is pretty ruthless,” Saxey said. “They probably only worry about money; they don’t care about people.”

Several employees worked there for more than 10 or 20 years.

“They’ve tried to get involved to say, ‘This is a place we really love and we really want our restaurant to stay. Is there anything that you can do from your standpoint?’” Saxey said. “A couple of them want to get involved in the community and start to rally people that are patrons so we can make the landlords realize that they’re not making a good choice.”

Others have written letters and made contact with the Metro Council and Mayor John Cooper’s office. Councilman Freddie O’Connell told News 2 he is devastated and some of his best earliest childhood memories were the days he spent at Old Spaghetti Factory. He is speaking with the owners and hopes the landlords reconsider.

News 2 reached out to Mayor Cooper’s office and received the following statement.

“Mayor John Cooper recognizes and appreciates the enjoyment and value Old Spaghetti Factory has brought to downtown Nashville for many years. He cares deeply about residents, tenants, employees, and property owners on historic Second Avenue and is bringing in every resource available to support them. At the same time, the city understands and respects the rights and responsibilities of each private property owner.”

Saxey says he has heard from other business owners on Second Avenue who are concerned that the same thing will happen to them. If the landlord doesn’t change their mind, the restaurant will be looking for a new location in Nashville while keeping all of its employees in mind.

GM expected to partner with LG Chem on factory near Lordstown