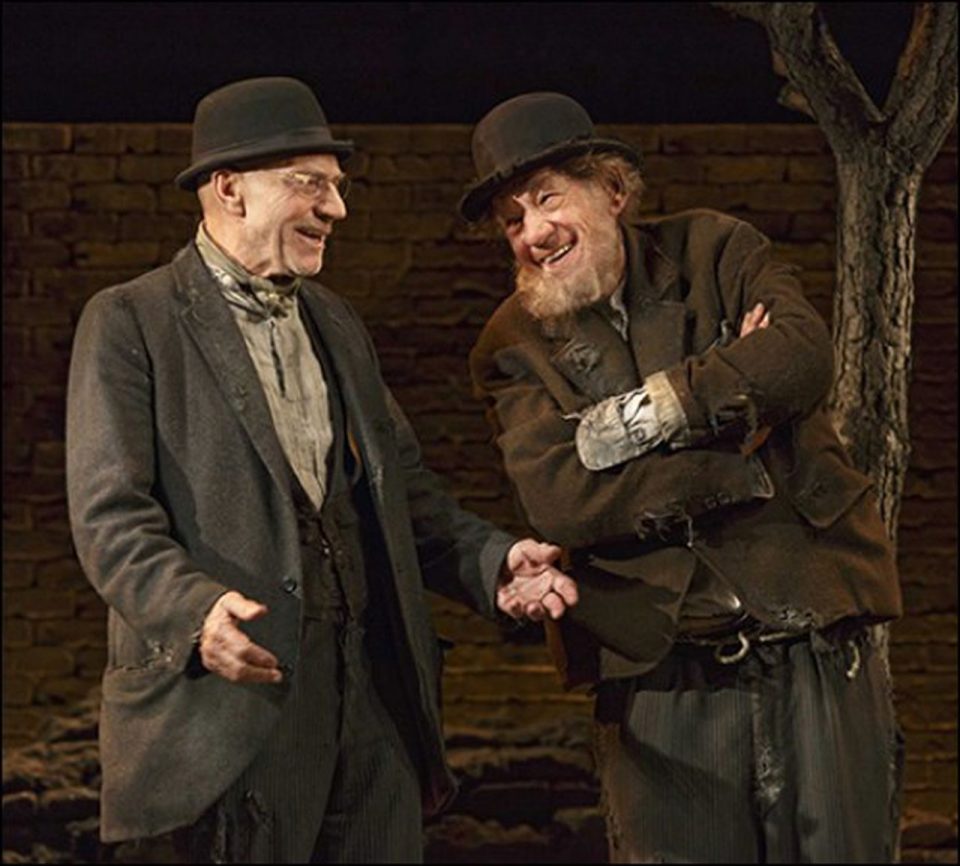 OBERLIN, Ohio — In life, the Irish writer Samuel Beckett made his intentions, unlike his famously opaque plays, clear. He did not, under any circumstances, want women to appear in “Waiting for Godot.”

When theaters crossed him, he sued, Denver and Dutch companies alike. In a case he lost, he demanded a disclaimer be put in the program: “Samuel Beckett wrote ‘Waiting for Godot’ for five male characters and has never approved otherwise.”

When asked why women couldn’t just play the parts as men, Beckett, who always reminded me of a pruney Ichabod Crane, replied, “Women don’t have prostates.”

Now, nearly 30 years after his death, the Nobel prize-winner has reached his hoary hand from the grave to strangle off opportunities for actors with ovaries at Oberlin College.

Earlier this month, Oberlin’s Department of Theater canceled an all-female production of “Godot.”

Posters had been printed. Tlaloc Rivas, a director and playwright based in Pittsburgh, had selected a cast. Rehearsals were scheduled to begin after the holidays. The show was to open Feb. 6. But faced with the threat of litigation from the Beckett estate, the liberal bastion honored the wishes of a long-dead misogynist and axed the show.

“It is not at all the outcome that any of us wanted,” says Eric Steggall, managing director for Theater, Dance and Opera. “I completely disagree with the Beckett estate . . . as an artist and as the father of two daughters. . .”

Still, “copyright laws are important and they do matter and this is the request of the estate,” says Steggall, who teaches courses in arts management.

Dramatists Play Service holds the rights to “Godot.” One of Steggall’s colleagues wrote the agency a well-reasoned letter, politely reminding them it was the 21st century, and asking for a waiver.

Dramatists sent a boiler plate response: “Thank you for your email and your interest in producing WAITING FOR GODOT. I’ve been in touch with the Beckett estate regarding your questions, and I’m sorry to disappoint you, but the estate holds to the late author’s instructions that the play must be cast and performed as written. We’re unable to grant permission for women to be cast in the male roles.”

The estate, which has argued that “only men can wait for Godot” and the play would be “deformed by an all-female cast,” has no problem with the race of actors — as evidenced by a celebrated production starring African-American performers in post-Katrina New Orleans — so long as they’re guys.

“This is Beckett’s prerogative. Disagree or agree, that’s his right, that’s his material, that’s his artwork,” says Steggall. At least until 2049, when those protections expire, and “Godot” enters the public domain. That’s when those without prostates, roughly 50 percent of the population, will have a crack at decoding one of the most challenging plays in Western theater.

The play has always been polarizing for audiences, which makes it a perfect metaphor for our times: For some it’s an absurdist masterpiece, for others a baffling bore.

If you missed it in your college reading lists, Beckett’s “tragicomedy in two acts” features clownish vagabonds Estragon and Vladimir who wait under a tree on a country road for the mysterious Godot to show. He never does.

They flirt with leaving. And hanging themselves. But in the end, they stay put, holding onto vain hope. “Let’s don’t do anything,” Estragon says. “It’s safer.”

That Oberlin made like Beckett’s bums and played it safe is a surprise given the college’s reputation. Shouldn’t Oberlin, a favorite target of right-wing media outrage, be the one place in the nation ready to fight against the abusive demands of a notorious sexist? Beckett’s attitude toward women, wrote biographer Deirdre Bair, “ranged from careless indifference to basic distrust and irritated dislike.”

“As an educational institution, I think we probably could have flown under the radar or we might have gotten a cease and desist letter,” Steggall says.

Or, they might have wound up in court, “with no assurances that we would have won. It could have been a tremendous misuse of time and energy and resources.”

Given the headlines Oberlin has been making, Steggall says he wasn’t keen to “put the department and the college in yet another legal entanglement.”

He’s talking about the $44 million verdict leveled against the school in a defamation lawsuit brought by Gibson’s Bakery, a family business on campus that became the target of student protests accusing its owners of racism. A judge reduced the award to $31.6 million. Both sides are appealing.

“I think the shadow of that verdict is looming very large,” says Rivas, who took to Facebook to confirm the cancellation and quiet detractors offended by an all-girl Gadot.

“. . .Please: no questions or snark about this. 90% of the actors who auditioned were women, a GODOT with women isn’t without precedent, and its 2019.” They won the roles fair and square in an open, campus-wide audition process. So much for meritocracy.

Rivas, a Chicano raised in California, feels as let down as his cast.

To him, the play has nothing to do with gender. It’s a story of resistance — the poignant, human ability to laugh in the face of tragedy. To choose to live rather than hang.

It’s in that spirit that Rivas and his company of student actors are putting on a very different show. “Collective Rage: A Play in 5 Betties” by Jen Silverman, opens at Oberlin’s Irene and Alan Wurtzel Theater Feb. 6-9. (In a 2018 review, the New York Times called it hilarious and revolutionary —“ ‘The Vagina Monologues’ Times 5.” For tickets, visit oberlin.edu/artsguide/theater)

“. . . I was determined to replace GODOT with a play by a woman because #BeckettEstateGoToHell … ” Rivas wrote to his Facebook followers.

“Come out and support this production and throw up a middle finger to all the toxic masculinity that still manifests itself when women and people of color try to assert artistic expression anywhere.”

I’ll be there, ticket in hand, middle finger raised. Theater companies everywhere should flip a collective bird and stop programming “Godot” altogether. Why keep waiting for equality that will never come, at least not from the representatives of a moldering playwright who should stay good and buried?

Hey, Sammy. Keep your hands to yourself.

How FedEx Cut Its Tax Bill to $0

We Can Transform U.S. Industry