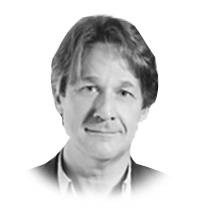 There is nothing more soul-destroying in the political risk business than to clearly see a calamity dead ahead and to know it will come about, as those that govern blithely do nothing. The Book of Hosea puts it nicely: “They that sow the wind shall reap the whirlwind.”
The present government of Italy is a terrible data point of the economic, social and political calamity that is about to engulf Southern Europe as a result of the return of the coronavirus (COVID-19) crisis. As, throughout all of human history, viruses tend to recede with the warm weather, only to return with the cold, this resurgence was entirely predictable. And what did the Italian elite, given a precious few summer months to prepare for the onslaught, do? What Italian elites always do: To my stupefaction, they went on vacation.
This alarmingly relaxed attitude flies in the face of the worst economic numbers recorded in memory. Italy, already in recession before the virus struck, endured a 12.4 percent tumble in gross domestic product in the second quarter of 2020, as the first series of lockdowns nobbled its already reeling economy. Neighbors France and Spain recorded similar falls of 13.8 percent and 18.5 percent, respectively, wiping out at a stroke years of sclerotic growth.
While third-quarter GDP will certainly show a major bounce-back, this fleeting return to growth falls far short of a return to the way things were in the faraway first quarter of the year. Instead, taken in aggregate, Southern Europe is likely to have climbed only halfway back to where it was before the pandemic struck, only to now have it return. To put it mildly, the third quarter numbers will be highly deceptive.
Going into the pandemic crisis in the spring, as was true for governments around the world, the policy challenge for the Italian government was to avoid the twin primary political risk dangers of a Spanish flu-like plague (which killed upward of 50 million people in 1918-1920) and the opposite, but equally dangerous, risk of a great depression. To combat this, the government reverted to its wretched, recent form, passively counting on either Europe, or good fortune, to save it. Calamitously, neither scenario has come to pass. Giuseppe Conte’s government has done little but hope for the best.
Predictably, Europe has failed to come to the rescue, beset as it is by north-south political divisions and anemic growth. The much-hyped €750 billion ($880 billion) EU recovery fund is more a marketing exercise about the bloc at last “doing something,” rather than being an effective policy for dealing with the vastly damaging economic effects of the pandemic crisis.
As ever, it is the small print that matters. The EU funds do not even start being disbursed until the middle of next year. Even then, payments will be doled out in small increments until 2026, and spread over 27 countries. The grants being offered to Italy amount to far less than it needs to merely economically limp along, as it has for the past generation.
Meanwhile, the Conte government — understandably keen to safeguard its power, even if it has no idea how to use it — is not eager to accept European recovery fund loans as another way to keep the economic wolf from the door. The loans, at the insistence of frugal Northern Europeans, come with significant political strings attached that would transfer economic decision-making away from Rome.
That leaves Italy borrowing funds on the open market, which, given the present low interest rates, it can do. However, this amounts to living on borrowed time. As the OECD points out, in its worst-case scenario, Italian public debt, already unsustainable, is expected to skyrocket to 192 percent of GDP by the end of 2021. Inexorably, Italy is running out of viable options to avoid economic disaster.
But Italy is not alone here. The OECD estimates that Greece’s debt will be standing at 229 percent of GDP at the end of next year, Portugal’s at 158 percent, France’s at 152 percent, and Spain’s at 150 percent. Passively doing nothing — always a favorite option of Rome’s panoply of past governments — no longer amounts to a viable option.

Prime Minister Conte and his government are running out of viable options to avoid economic disaster.

Now the whirlwind has returned. In the past two weeks, COVID-19 cases have exploded in Italy, France and Spain, rising by 190,000, 200,000 and 410,000, respectively. Waking from its policy slumber, the Conte government has enacted a partial lockdown, closing gyms, pools, cinemas and theaters, and imposing curfews of 6 p.m. for bars and restaurants.
After months of indifference, at last the Italian populace has been roused to anger, with violent riots breaking out in Naples, Milan and Turin. The prime minister has somewhat hollowly assured enraged small businesses that €5 billion of economic aid will be dispensed to them in record time — this from a sclerotic and obstructive bureaucracy that still has not met all of its promised furlough payments from the first round of the virus.
It pains me greatly to say this, but the whirlwind is coming for Italy; this is just the tip of the iceberg. Its leaders have no one to blame but themselves.

Disclaimer: Views expressed by writers in this section are their own and do not necessarily reflect Arab News’ point-of-view

Democrats in disarray: 2020 election at risk

The geoengineering gender problem you need to know about