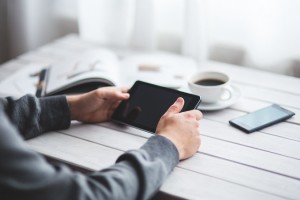 The pandemic continued to have an impact on the technology sector in August, with everything from smartphones to servers affected. Smartphone shipments continued to fall, with analysts saying they don’t expect a proper recovery to pre-pandemic levels before 2022. There were a few positives though, with sales increases in the notebook and WLAN markets. But these mostly occurred in the consumer space.

To help navigate the ups and downs and maintain a clear view of what represents a fair price, here are some of the latest developments and major movements that are influencing key IT product categories.

Global smartphone shipments saw a 20.4% YoY drop according to analyst house Garnter. Meanwhile, IDC predicted a 9.5% decline in smartphone shipments throughout the year to 1.2bn. It predicted that the market will recover by 2022, driven by 5G phones which will capture 50% of the market globally the following year. It also estimated a YoY growth of 9% next year but that’s warped by the grim decline in 2020 sales. 2022 will be the first year of recovery to pre-coronavirus levels.

This all happened at the expense of desktops, which fell 27.8% YoY during the quarter. Commercial sales took the brunt (down 31.6%) with consumer products down 17.5%.

The UK saw the most extreme rise in notebook sales, at 103.5%. It also saw a bigger fall in desktop shipments than the Western European average, down 36.3%.

DRAM revenues grew 15.4% to $17.1bn QoQ during Q2 as prices and shipments rose, according to DRAMeXchange. Expect soft prices in Q3, though, as customers manage high inventory levels. Server vendors will likely feel that glut first and will lead the price drop. That won’t be helped by a projected 4.9% QoQ decline in Q3 server shipments, thanks mostly to a rise in cloud migrations. You can blame that on the pandemic, and it’s a big issue for server vendors. The original Q3 forecast saw a more digestible 0.8% shipment drop.

IC Insights says that while DRAM may recover slightly in 2020, the three big manufacturers are being cautious and keeping capital investments low. Samsung will trim its DRAM capex investment 21% to $4.9bn, SK Hynix’s will drop 38% to $4.0bn, and Micron’s will fall 16% to $3.6bn, it said.

The euro’s rise against the dollar was remarkable, especially given the dire figures from Eurostat in mid-August, which noted a 12.1% drop in GDP and a 2.8% fall in employment in the Euro area in Q2. This is due, at least in part, to assumptions that Europe’s social and economic recovery from the pandemic will beat that of the US.

Price increases hit a notable high of 52,517 on August 4, across a variety of product categories. Meanwhile, price decreases hit a high of 36,022 on August 28.

Disclaimer: The opinions expressed are those of the author and do not necessarily reflect the official position of Spend Matters.