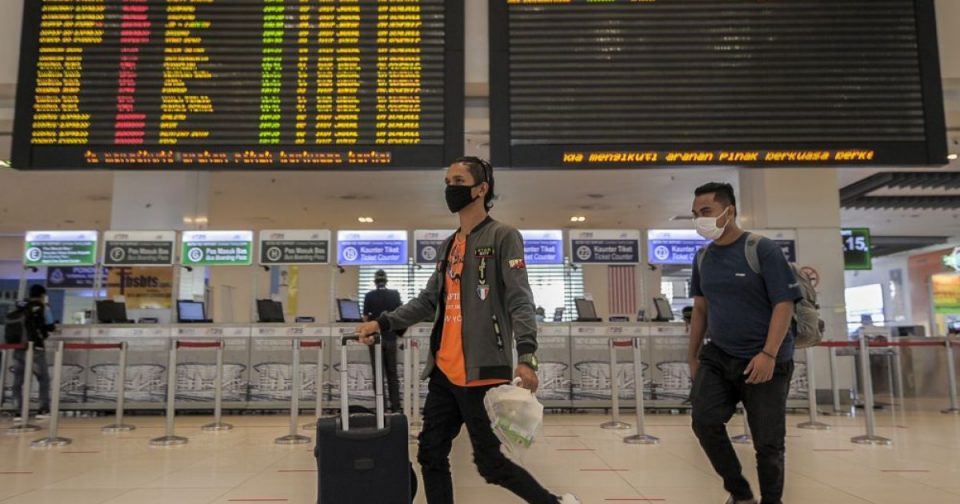 Ismail Sabri was asked if the maximum capacity for factory workers’ buses would be allowed, as announced for express buses and airplanes.

He contrasted this with buses used for public transport where it is difficult to keep track of passengers and where the use of the MySejahtera app is necessary to enable the government to trace and contact the passengers if Covid-19 cases are detected.

“While for factory workers, their status is already known, not just their identity card number and phone number, but their addresses are also known as they are workers at that factory. So if issues arise, it is easier to identify and obtain information regarding close contacts,” he said.

“Tour buses are also included although not mentioned yesterday,” he said.

Yesterday, which was also the second day of the recovery movement control order (RMCO), Ismail Sabri had announced the lifting of restrictions on the number of maximum passengers allowed for public transport services.

Previously, trains and buses for example, could only carry half the maximum capacity of passengers, while e-hailing vehicles could only carry a maximum of two passengers per trip and operate up to 10pm, due to the requirement to ensure social distancing on the vehicles as part of measures against Covid-19.

Yesterday, Ismail Sabri announced that e-hailing services and taxis can operate without time limit on their operating hours and can resume carrying passengers according to the vehicles’ full legal capacity, but with requirements such as mandatory wearing of face masks and sanitisation of vehicles, cashless transactions and use of the MySejahtera app.

Planes can also now operate at full capacity with face masks also mandatory, while carpooling is now allowed, which means private vehicles are allowed to carry passengers who are not from the same household.