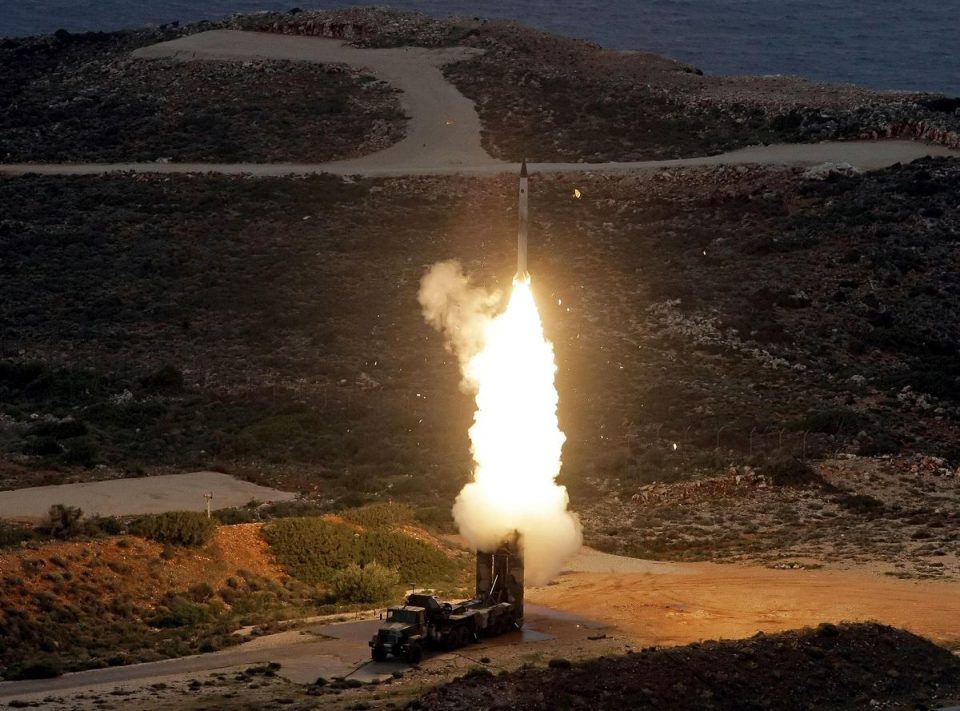 Turkey invariably insists that opposition from the United States and NATO over its controversial purchase of advanced Russian S-400 air defense missile systems is hypocritical since neighboring Greece never received such scrutiny for its past procurement of older S-300 missiles. Does Ankara have a point?

Since Turkey initially ordered S-400s back in 2017 it has repeatedly insisted it will use the system despite repeated warnings from the United States and NATO, which invariably cited incompatibility issues with the alliance’s Western-built hardware. Since taking delivery of the systems first components in July 2019 and then testing the system in November 2020, Ankara has been suspended from the F-35 Joint Strike Fighter program and had Countering America’s Adversaries Through Sanctions Act (CAATSA) sanctions imposed on it.

Following the November test, Turkish Defense Minister Hulusi Akar reiterated Turkey’s stance that the U.S. and NATO’s opposition to Turkey’s S-400s and its testing of the systems isn’t justified.

“Every defense procurements includes tests and system controls,” he said. He added that the S-400s won’t be integrated with NATO networks but would instead be “used as a standalone system similar to the use of Russian-made S-300 weapons that exist within NATO.”

This was clearly a reference to Greece.

Greece only acquired its S-300s following a major crisis in the late 1990s between Turkey and the Republic of Cyprus. Back then, Nicosia ordered the S-300s from Moscow to deter Turkish overflights of its vulnerable airspace. Ankara repeatedly threatened to destroy the missiles if they were deployed on the divided island. This resulted in a crisis that was only defused when Nicosia agreed to have the systems delivered to Greece instead.

That’s how they ultimately ended up on Crete, where they have remained until the present day.

NATO Secretary Jens Stoltenberg recently warned that Turkish S-400s “could pose a risk to allied aircraft” in the alliance.

There were strikingly similar interoperability concerns raised by both Turkey and the West concerning Greece’s S-300s.

In 1999, Western diplomats also pointed out that the Greek S-300s, which are designed to counter NATO and Western military aircraft, could potentially fail to identify the Hellenic Air Force’s F-16 fighter jets as ‘friendly’ aircraft and target them. The long-range of the missiles meant that they could potentially do the same to Turkish aircraft operating far outside Greek airspace.

“It’s absolutely possible for Turkish warplanes to fly within range of the missiles during routine flights in international airspace, for the missiles to lock onto them and for the Turkish planes to respond,” warned one Western diplomat at the time.

Such an incident could, for obvious reasons, have sparked a major crisis between the two rivals.

In a retrospective irony of sorts, Turkey also insisted that it was unacceptable for its fellow NATO member to have these Russian missiles. Turkey’s then-Foreign Minister Ismail Cem warned that Greek S-300s on Crete would require the help of Russian technicians to set up, charging that Athens would be threatening fellow NATO member Turkey with Russia’s help.

In the end, the missiles were put in storage and not activated until 2013, when they were used during a military drill. They don’t appear to have been integrated into Greece’s broader air defense network.

Despite this, Turkey still feels it has reasonable grounds to charge hypocrisy since it has repeatedly emphasized that its S-400s won’t be integrated with NATO systems or Turkey’s other air defense systems and that it is open to discussing potential interoperability issues between the S-400 and the F-35.

“Turkey is well-aware of the U.S. criticism on the acquisition of the S-400 missile system,” said George Tzogopoulos, a senior fellow at the Centre International de Formation Européenne and research associate at the Begin Sadat Centre for Strategic Studies (BESA). “In its public rhetoric it is continuously endeavoring to play down American concerns by employing a multifaceted argumentation.”

In light of this strategy, Akar’s above-mentioned remarks are nothing new.

“The timing of the purchase of S-400 by Turkey and the S-300 installment on the island of Crete is completely different,” Tzogopoulos said.

“Having said that, the impact on American interests varies.”

This is because Turkey’s acquisition came at a time when Washington was considering Russia a rival while the Greek acquisition of S-300s destined for Cyprus took place during “a phase in which American-Russian relations had been better and NATO-Russian cooperation had been on the agenda.”

“To sum up, Washington is currently concerned about the general motivations of Turkish foreign policy while it largely trusts Greece as a pillar of stability in the Eastern Mediterranean,” Tzogopoulos said. “American-Turkish ties are strained whereas Greek-American relations have been elevated to the highest level of their history, including on defense collaboration.”

“The U.S. certainly wants to preserve Turkey as a reliable NATO partner but its effort is more complicated in relation to Greece as the latter does not cause similar problems to the Alliance.”