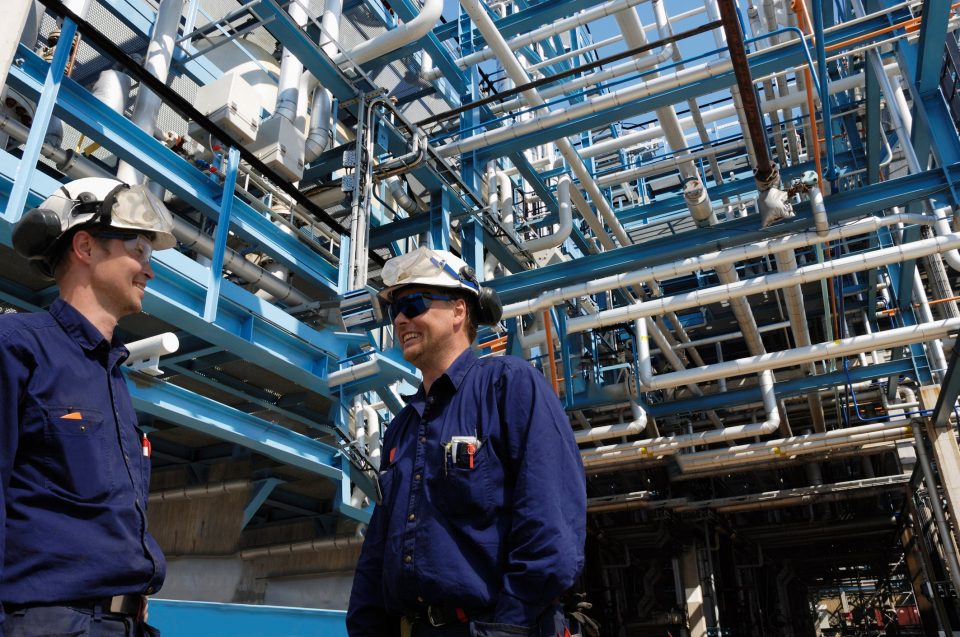 North American midstream energy giant Kinder Morgan (NYSE:KMI) is offering investors a generous 8.5% dividend yield. Before jumping on that big payout, however, investors need to understand a little bit of the history here — and a little about how the future could look different from the past.

Dividend investors trying to live off of the income their portfolios generate generally hate to see dividends get cut. But that’s exactly what happened at Kinder Morgan in 2016. And at 75%, it also happened to be a particularly large reduction. There were two core reasons behind the board’s decision here. 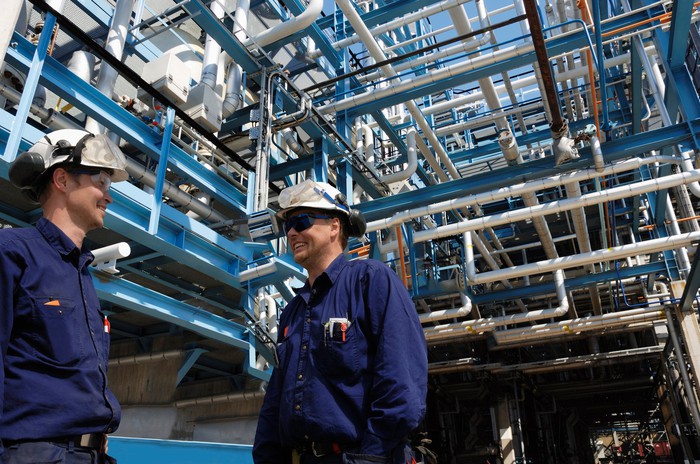 First, the energy sector was working through a difficult period, and it was hard for companies like Kinder Morgan to raise cash from stock or bond sales. However, the midstream giant had material expansion plans at the time and was loath to give them up. Since Kinder was already carrying a heavy debt load, the choice really came down to the growth projects or the dividend. The dividend was cut.

That was probably the right move for the company, even though income-focused shareholders might not have been pleased. However, the real problem was that just a couple of months before announcing the cut Kinder Morgan was telegraphing a dividend increase of as much as 10%. Effectively, management went back on its word. That’s a trust issue that all investors need to think about carefully.

A realistic view of the world

Fast forward to 2020 and Kinder Morgan has gotten back on the dividend growth track, having announced a multi-year plan to increase the payment from $0.50 per share per year to $1.25. It lived up to its 60% dividend hike projection in 2018, and followed that up with the expected 25% increase in 2019. The plan was for another 25% hike in 2020, but investors only got 5%. Once again, Kinder Morgan has fallen short of a promise. 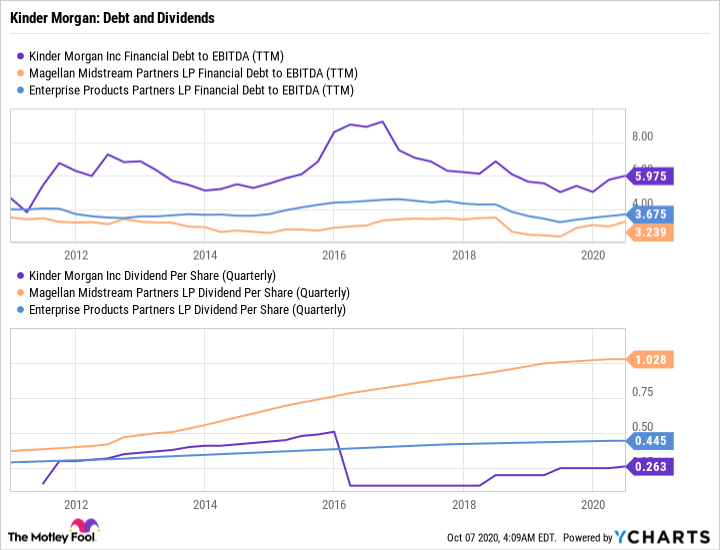 Two other similarities are present here as well. The energy sector is in a deep funk again, and Kinder Morgan’s leverage, while lower than it was in 2016, is still elevated relative to that of many of its peers. More conservative investors should probably avoid Kinder Morgan after it has failed to live up to its own goals again. But there are some slight differences this time that might interest more aggressive types.

First, the dividend wasn’t cut. The increase was just far more modest than predicted. In fact, the company covered its dividend in the second quarter nearly 1.7 times, a solid number that offers ample room for adversity. Notably, the company has stated that it is committed to getting the dividend to $1.25 per share per year, but that it is examining the timing of that, and will revisit the dividend again in early 2021. During Kinder Morgan’s second-quarter earnings conference call, the company was clear that it doesn’t want to put itself in a position where a dividend cut is necessitated again.

Kinder Morgan is working through this difficult period with a far more open stance on what the company is thinking, and handling the headwinds much better as well. The truth is that times are tough today, with COVID-19 and the resulting low oil prices reducing demand for the company’s largely fee-based assets. As the strong distribution coverage shows, Kinder Morgan appears to be holding its own so far, but the conservative approach it is taking is totally reasonable. Moreover, growth is likely to slow at least in the near term because oil companies, Kinder Morgan’s customers, are pulling back on their drilling efforts. So preserving cash by taking it slow on the dividend increase front makes complete sense.

The big question for Kinder Morgan and its shareholders is the future path of the energy industry. If oil prices stay low, the company’s expansion plans may have to change from its current approach of building new pipelines to a new approach focused on acquiring existing ones. That’s not a bad thing per se, but it is a material change that could again lead to a spike in leverage. Conservative investors might want to avoid Kinder Morgan until it lays out a clear plan for the future, and the future of the dividend.

But more aggressive types might find that this industry giant is attractive because it has the size and scale to survive even if the industry shifts direction. And while the dividend may not grow like it has over the past couple of years, at least holding the line seems like a key focus this time around.

No token system for procurement: Minister