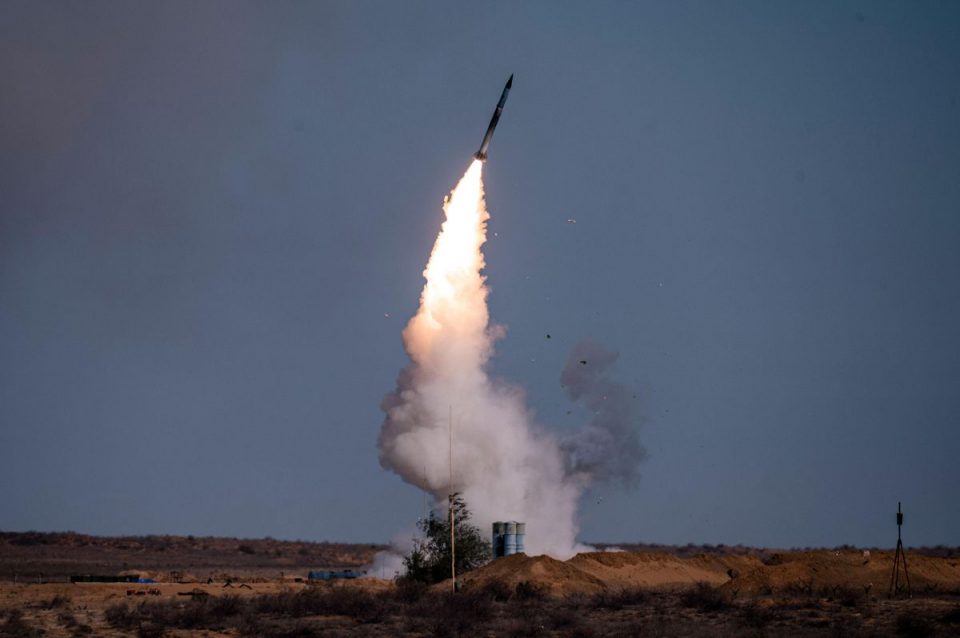 If India finalizes its multi-billion dollar arms deal with Russia for advanced high-altitude S-400 air defense missile systems, which is likely, it might face U.S. sanctions like Turkey did for its order of the same system.

But just how analogous will New Delhi’s procurement likely compare to that of Ankara’s?

Washington recently warned New Delhi that it’s not likely to be granted a waiver for its $5.5 billion deal. Under the Countering America’s Adversaries Through Sanctions Act (CAATSA), that was put into law in 2017, the United States government is legally obligated to impose sanctions against any country that makes a “significant transaction” with Rosoboronexport, Russia’s sole state-owned arms export company. India’s $5.5 billion S-400 deal, signed in 2018, undoubtedly constitutes a significant transaction under CAATSA. Therefore, India may soon face U.S. sanctions down the road, just as Turkey has.

Ankara ordered its S-400s from Moscow as part of an estimated $2.5 billion deal signed in 2017. The U.S. and the broader NATO alliance immediately advised Turkey to reverse course and cancel the order. Ankara refused, repeatedly insisting that it had a right to buy and field the system despite U.S./NATO interoperability concerns and their general objection to a fellow NATO member fielding such a sophisticated Russian missile system.

After Turkey received the first components of that system in July 2019, it was immediately suspended from the fifth-generation F-35 Joint Strike Fighter program and had its order for 100 of those jets for its air force canceled. Then, in December 2020, it had CAATSA sanctions slapped on it by Washington.

On the other hand, India has maintained defense ties with Russia for decades. Its military operates numerous Russian weapons systems, from Su-30 fighter jets to hundreds of Russian T-90 and T-72 tanks. New Delhi builds most of these Russian-designed fighters and tanks under license.

Also, unlike Turkey, India was never a member of the F-35 JSF program and, to date, hasn’t been authorized to buy that advanced stealth fighter. And, of course, India isn’t a member of NATO.

Even though the U.S. may find itself contemplating sanctioning India for its latest Russian procurement, New Delhi is, nevertheless, likely to push ahead with it regardless for numerous reasons.

“India is highly likely to push through with its S-400 purchase despite U.S. pressure and potential CAATSA sanctions,” Rodger Baker, Senior VP of Strategic Analysis at Stratfor, a RANE company, told me.

“Missile and air defense is critical for India, with stepped-up concerns along the Chinese border, and perennial concerns from neighboring Pakistan,” he said.

Furthermore, India has longstanding defense ties with Russia, including joint defense development projects, and is unwilling “to break that relationship due to cost and current systems.”

“New Delhi also seeks to maintain its own ‘strategic autonomy’ in defense matters, and even as it seeks greater cooperation with the United States and its partners regarding China, it is unwilling to tie its own security architecture too closely to that of any one supplier, even the United States,” Baker said.

“This has been a core component of modern India’s foreign policy (think the Non-Aligned Movement, for example), and while there is some discussion in India that they may ultimately have to rethink the application of the policy based on China, there is strong historical pressure to maintain that sense of autonomy, even if at times that equates to less cohesive or efficient defense capabilities or potential U.S. sanctions,” he added.

Greg Chaffin, a nonresident fellow with the Atlantic Council’s South Asia Center, explained why New Delhi also views its acquisition of S-400s as a strategic necessity.

“It will also address a critical defense gap that has resulted from longstanding fighter shortfalls in the Indian Air Force, lessen the defensive burden on the IAF, and serve as a deterrent to potential adversaries that will have to contend with India’s improved integrated air and missile defense complex,” he added.

New Delhi fears strategic encirclement by its rivals China and Pakistan. It also calculates that buying such advanced Russian defense hardware is an apt way of keeping Moscow from moving too close to Beijing.

Shashank Joshi, the defense editor of The Economist, also believes New Delhi will more likely than not push ahead with this acquisition.

“It would not want to back down in the face of sanctions threats, views the S-400 as an advanced air defense system that fills a hole in Indian capabilities, and sees value in diversifying its arms suppliers,” he told me.

“The substance of any eventual sanctions is open to question,” he added. “The U.S. previously sanctioned Turkey’s arms procurement agency, including export licenses for technology, while allowing existing defense contracts to go ahead.”

Joshi predicts that any serious sanctions on India would represent a “grave setback” for U.S.-India relations, which he notes have been steadily improving over the last 20 years. This is because sanctions “would reinforce Indian doubts over the U.S. as a reliable and predictable partner, and would slow down the pace of future defense and security cooperation.”

He also pointed out that, even though India isn’t in the F-35 program, there is still a great deal at stake, including a U.S. sale of shorter-range air defense systems agreed upon a year ago and New Delhi’s desire to buy armed drones and other systems from Washington.

“Ultimately, India needs to determine whether or not it wants a long-term, high-tech relationship with the United States or Russia,” Chaffin said.

He argued that India needs to understand that procuring S-400s, and other high-tech Russian military hardware, will ultimately prevent it from acquiring comparable U.S. hardware. It will also prevent it from deepening defense technology cooperation with the U.S., something that has been “a long-term priority for New Delhi, particularly as it seeks to build its defense industrial base as a pillar of future economic growth.”

Washington will likely be reluctant to impose CAATSA sanctions on New Delhi, even if they are mandatory by law.

“The United States has been cautious with the application of CAATSA sanctions against key partners, even considering the removal of Turkey from the F-35 project,” Baker said.

He pointed out that India is an important partner for any U.S. strategy concerning China, with the re-designation of Pacific Command to Indo-Pacific Command representing “a small reflection of this.”

Such factors will, therefore, “likely constrain how intensely the United States decides to implement CAATSA regulations.”

Chaffin argued that the U.S. and India would “both do well to work together to secure an outcome that avoids sanctions altogether.”

“India is likely eager to avoid contentious issues early on as it builds its relationship with the new Biden administration,” he said. “Consequently, it is unlikely India will accept delivery of S-400 before they have had an opportunity to engage with the new team. This will provide time to reach out to the Biden administration and potential advocates in Congress to get a sense of how this issue may be addressed and seek a solution.”

The Biden administration and members of Congress recognize the importance of U.S.-India ties for the future of that region, especially in light of challenges posed by China. Consequently, they are not going to be eager to impose sanctions on India.

“I expect the new team will similarly be willing to work with India to explore a solution other than sanctions,” Chaffin said.

If sanctions ultimately prove unavoidable, which is likely under CAATSA, he anticipates them to be “very mild.”

“I think it is also likely that India will be granted a waiver, though this cannot be granted in advance,” he said. “Should Washington pursue sanctions, they will want to engage with New Delhi to explain its decision and (hopefully) mitigate an Indian backlash that would precipitate a downturn in relations.”

More broadly, Chaffin pointed out that India’s position “is very different from that of Turkey.”

“The U.S.-India relationship does not suffer from the antagonism that has increasingly come to characterize U.S.-Turkey relations in recent years,” he said.

Unlike the presently strained U.S.-Turkey relationship, the U.S.-India relationship is one of “strategic embrace” that has spanned multiple U.S. administrations “as both countries recognize the importance of this partnership to their national interests.”

“Consequently, both countries will likely seek to avoid making S-400 an issue that threatens or derails this progress,” Chaffin said.