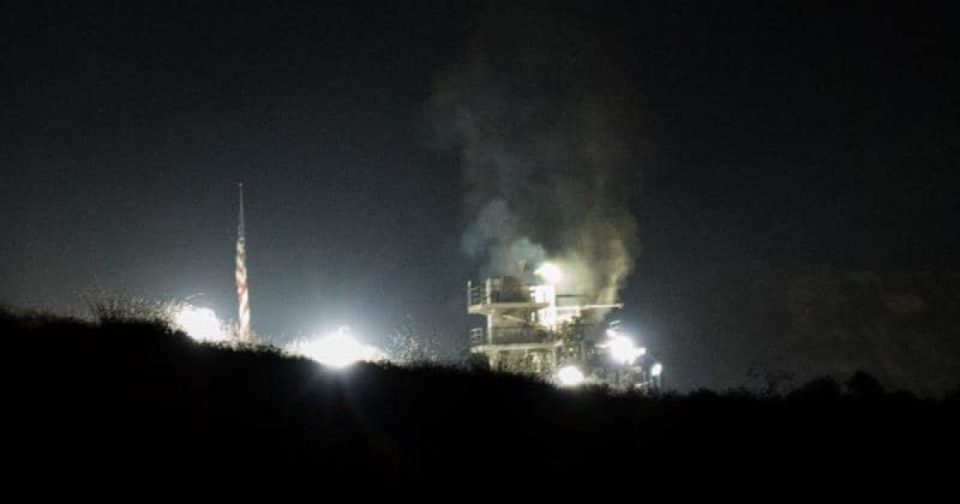 Hundreds have signed an online petition. Others have contacted the city and regional air regulators in an effort to force All American Asphalt to cease production and relocate.

“We moved to Irvine so our children could grow up in a great community with award-winning schools, parks and trails, not knowing that the air here is full of toxic pollutants, which causes us to have bad allergies, sneezing and coughing,” resident Peter Lin said in a comment recently submitted to the City Council.

Though the specifics about American Asphalt’s emissions have not been made public for scientific analyis, Bruce Blumberg, UC Irvine professor of developmental and cell biology, said asphalt factories can indeed release toxins.

“Asphalt is from crude oil, so basically any of the kinds of hydrocarbons and things that are in crude oil, are in that,” he said.

All American Asphalt did not respond to a request for comment.

The petition drive launched a year ago, but has been gaining traction as a local organization, Non-Toxic Neighborhoods, known in Irvine for a previous drive to ban pesticides, began publicizing it.

“There’s just nothing beneficial for your health in crude oil,” said Blumberg, an advisor to Non-Toxic Neighborhoods. “There’s probably hundreds of chemicals with different levels of toxicity both acute and long-term.”

Orchard Hills residents consider the matter urgent. Some properties offer this lawn-sign argument: “The City of Irvine Must Close This Toxic Factory.”

“People are already moving out, and if we can’t get them to move the factory or shut it down, then we’re all moving,” said Kim Konte, founder of Non-Toxic Neighborhoods. “There’s no way this amount of exposure is safe for our kids.”

“We want you to know that we understand the concern of residents in the area and that the City is taking all actions within its power to eliminate the problem,” the update states.

“Over the last year, the City has worked hard to get AQMD to bring enforcement actions at the plant that would eliminate the odors but, to date, the agency’s actions have fallen short,” the post states.

The lawsuit contends that the plant discharges air contaminants stemming from asphalt, oil, tar-like substances, rubber and smoke. A hearing is set for Jan. 25.

“My City Council colleagues and I are aware of, and understand the concerns of our residents in the North Irvine area,” Mayor Christina Shea said in a statement. “The city has been taking aggressive actions within its power to eliminate the problem and most recently, the city filed a lawsuit in July 2020 and are actively pursuing a resolution to this public nuisance.”

The AQMD countered in an email that it is conducting an ongoing investigation into the factory and has served six notices of violation since September 2019.

“South Coast AQMD’s investigation seeks to address numerous complaints lodged by local residents, who have identified asphalt and burnt rubber-type odors from the facility,” according to the email. “Although All American Asphalt had been a source of public complaints in the past, there was a noticeable uptick in complaints beginning in September 2019.

The AQMD has received over 700 complaints alleging All American is the source of odors, according to the email, which adds, “Our inspectors have attempted to respond to each complaint.”

The agency said plant management has attempted to rectify the issues by repairing equipment, increasing the use of odorant, rerouting trucks from residential areas, modifying production schedules and applying for a permit to install new odor control equipment.

Resident Lesley Tan said in an email that the city has acted “too slowly.”

“All the while, the city and the inspectors at AQMD had told me and us that the factory had expanded its operation and was not in compliance,” Tan said. “I totally do not understand if that’s the case, why aren’t they taking strict enforcement to stop it.”

One issue brought up by residents is that city maps didn’t include the factory location.

“Before approving these tracts, maybe ask yourself if you would pay this price to live next to a heavy industrial factory,” Tan said to the council. “Having to file complaints regularly that did almost nothing, keeping the windows shut the entire time, worrying about the health of your kids and family members, and not being able to enjoy the surroundings of your home is just plain stressful.”

Councilwoman Farrah Khan asked City Atty. Jeffrey Melching whether the maps could be updated on the city’s website to include All American Asphalt.

The permit for All American Asphalt was granted in 1994 on land that wasn’t annexed by the city until 2001.

A map identify the factor location was added to the city website on Wednesday.

Support our coverage by becoming a digital subscriber.

Looking back on ‘sweeter’ times at York’s Rowntree factory

How to factory reset your Android phone remotely