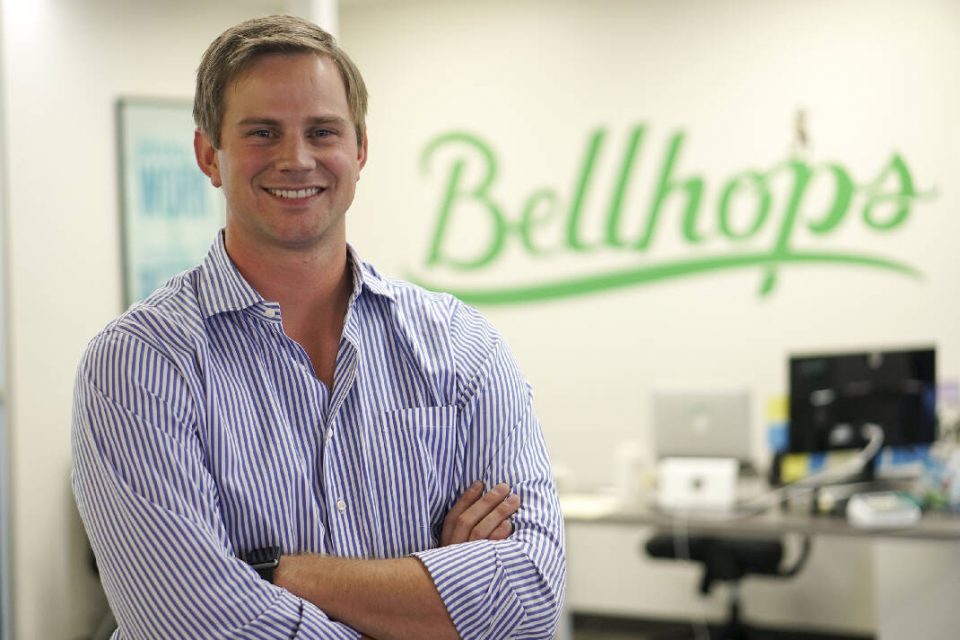 At age 33, Cameron Doody stepped back this fall from his career for the past nine years building one of Chattanooga’s most successful startup businesses to focus on his family, friends and his next venture.

The co-founder and former CEO of Bellhops says he recognized it was time to turn over the moving company to another leader in order to aid the company and his own state of mind and family. Doody is spending more time these days with his two pre-school daughters and his wife, Hannah. But he concedes he is “already starting to go stir-crazy, so whatever’s next isn’t too far out. I have a few ideas rattling around.”

Similar to his early financial backer and mentor Ted Alling, Doody says he plans to devote “more energy to giving back to Chattanooga,” the city he credits for much of Bellhops’ success. 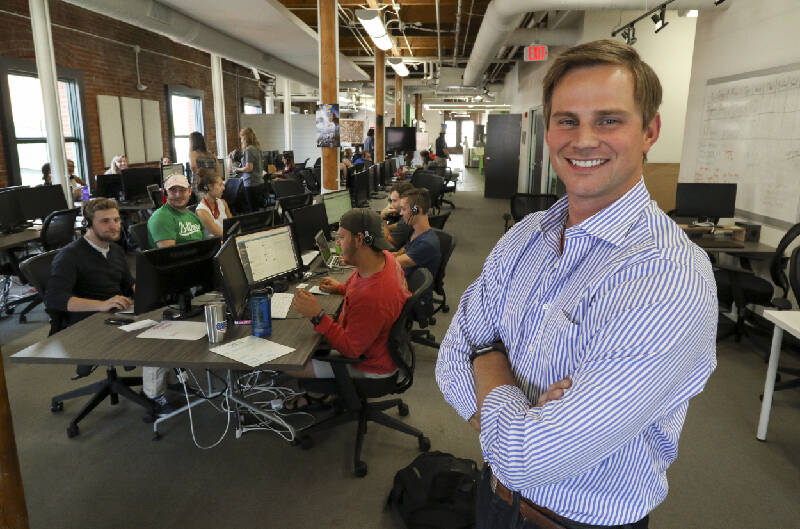 Photography by Dan Henry / Cameron Doody stands inside the Bellhops office in Warehouse Row in this file photo.

Doody and Stephen Vlahos began Bellhops in the summer of 2011 in Auburn, Alabama, simply to provide college students an easy way to move into and out of their dorms. The founders’ initial goal was to schedule 30 to 40 moves during freshman orientation weekend, but they ultimately completed 325 and decided to turn their idea into a bigger business.

Alling, who helped build Access America into a $600 million-a-year freight brokerage company before selling the business and helping start the Dynamo Fund for other logistics companies, convinced Doody and Vlahos to bring their business to Chattanooga seven years ago. From its Warehouse Row headquarters and secondary office in Atlanta, the web-based business has grown steadily, making nearly 200,000 moves since its start and raising more than $56 million in equity capital. Bellhops has grown to more than 240 employees with a platform of more than 3,000 Bellhops in 27 states.

Vlahos gave up his management role more than two years ago when Bellhops hired Luke Marklin, a former regional general manager for Uber in Atlanta, to take the reins of Bellhops.

In October, Doody turned over the daily management of Bellhops to Marklin. But Doody remains Belllhops’ largest shareholder and a member of the board and is hopeful of eventually growing the company nationwide and taking the company public with a stock offering, although no such initial public offering is yet planned. Doody remains confident in the growth of the company he helped birth.

“The next few years will be unlike anything we’ve experienced so far,” Doody says, voicing confidence in the business model he says is helping revolutionize the $18 billion-a-year moving industry. “We will raise what might be our final rounds of private funding, our digital product will write the new narrative that moving can and should be fun, we will achieve fully national coverage faster than any moving company in history, and begin taking significant market share from incumbents as Bellhops becomes a household name.”

* Influence: Doody co-founded Bellhops in 2011 and helped build the moving company into one of Chattanooga’s mos successful startups attracting more than $56 million in equity and employing 240 full-time employees plus thousands of part-time Bellhops. He is turning his attention now to aiding other local startups.

* Just for fun: “I just love being outdoors — in a duck blind, flying planes, riding a snowboard, chasing trout, terrorizing my two little girls,” Doody says. “You know, the good stuff. My wife and I are definitely going to mash the reset button and spend some time traveling with our girls.”

All MSMEs Can Benefit from New Public Procurement Regime

The toll taken by the coronavirus is growing across US