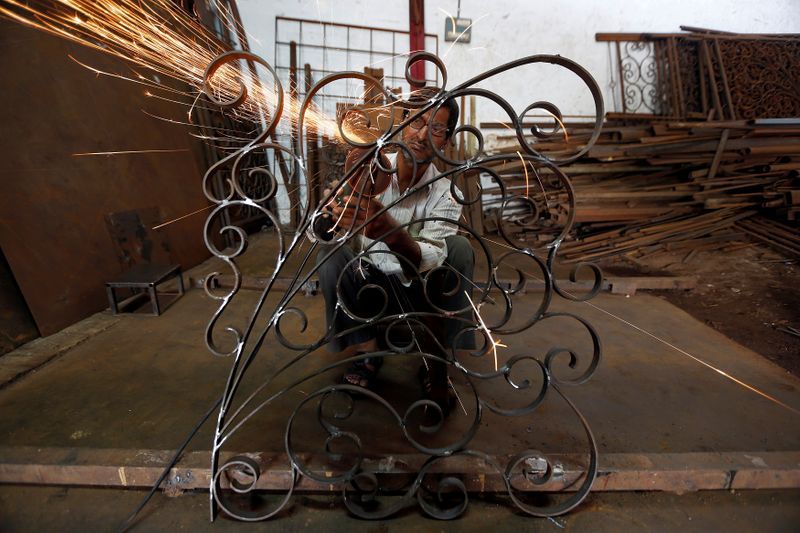 BENGALURU (Reuters) – India’s factory activity grew in August for the first time in five months as the easing of lockdown restrictions spurred a rebound in domestic demand, a private business survey showed on Tuesday, though firms continued to cut jobs.

But the bounce is unlikely to signal a quick turnaround in the Indian economy, which contracted at its steepest pace on record of 23.9% annually last quarter. It was expected to remain in recession this year, a Reuters poll showed on Friday.

The Nikkei Manufacturing Purchasing Managers’ Index, compiled by IHS Markit, rose to 52.0 in August from 46.0 in July, above the 50-level separating growth from contraction for the first time since March.

“August data highlighted positive developments in the health of the Indian manufacturing sector, signalling moves towards a recovery from the second quarter downturn,” noted Shreeya Patel, an economist at IHS Markit.

“However, not all was positive in August, delivery times lengthened to another marked rate amid ongoing COVID-19 disruptions.”

While sub-indexes tracking overall demand and output rose to their highest levels since February and expanded for the first time in five months, foreign demand contracted for the sixth month in a row, its longest downturn since March 2009.

Also, firms cut their workforces for the fifth straight month, adding to the millions who have already lost their jobs due to coronavirus-related disruptions, which is spreading faster in India than anywhere else in the world.

Although input prices rose at the sharpest pace in nearly two years, firms have cut prices of their goods for four months to boost demand.

That is unlikely to ease overall inflation pressure, which has remained above the Reserve Bank of India’s medium-term target of 4% since September 2019.

Quickening inflation led the central bank to unexpectedly keep interest rates on hold last month, but according to a Reuters survey it will cut its key rate by 25 basis points next quarter to 3.75% and then pause until at least early 2022.

Still, the factory survey showed optimism about the coming 12 months hit its highest in a year.