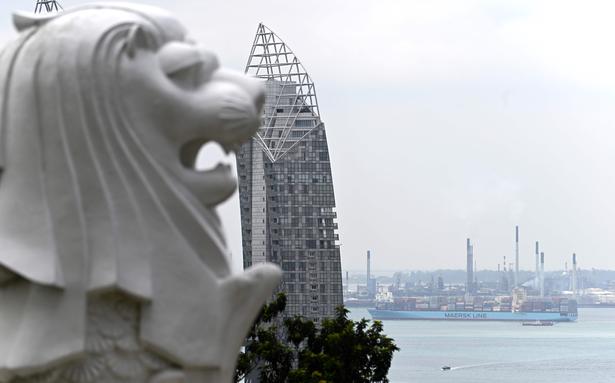 A 51-year-old Indian national was on September 22 convicted of seven corruption and related charges for committing the offences while working as a managing director of a department of an international shipping company in Singapore.

Ananthakrishnan Nanda had pleaded guilty to the charges—two under the Corruption, Drug Trafficking, and Other Serious Crimes (Confiscation of Benefits) Act.

In November 2015 he was introduced to Kunal Chadha, the director, and general manager of Marine Care Singapore, which supplies marine chemicals and equipment for the cleaning and maintenance of ships, The Straits Times newspaper reported.

Nanda in December 2015 discussed with Chadha engaging Marine Care as a vendor for Aoxing, which was then planning to start a tank cleaning and optimisation programme to increase the cleanliness and efficiency of Sinochem vessels.

“This was a reward paid to the accused for advancing Marine Care’s business interests with Aoxing,” the report quoted the prosecution as saying.

Deputy Public Prosecutors Victoria Ting and David Menon said Nanda’s responsibilities while being the managing director of Aoxing Ship Management Singapore—a department of Sinochem Shipping Singapore that charters and operates ships—included liaising with other companies for goods and services to be supplied to the Sinochem vessels.

At the time, Nanda also controlled other companies not affiliated with Aoxing and Sinochem, including Sakura Ship Management, Master Supplies and Logistics, and Master Manning Services and Logistics, according to court documents cited by the Singapore daily.

Nanda after initially agreeing on the 10% payout to Sakura, eventually arranged for his other company, Master Supplies and Logistics, to issue invoices corresponding to that amount.

Ananthakrishna is due to appear next in court in February 2023 for his mitigation and the prosecution’s sentencing submissions to be heard, reported The Straits Times.