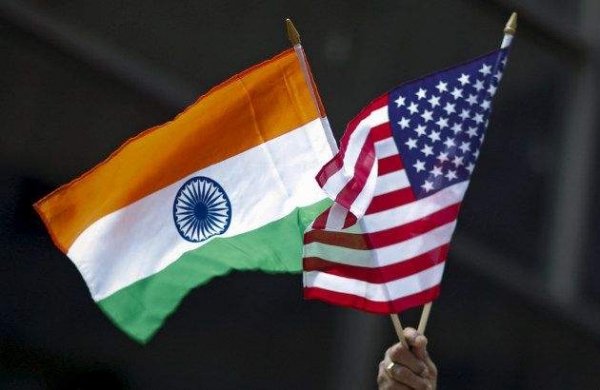 NEW DELHI: India is very near to resolving its trade dispute with the US and intensive talks to settle remaining niggling points are likely to be held later this month when a US trade delegation is expected to be in New Delhi.

Top officials said Commerce Minister Piyush Goyal and US Trade Representative Robert Lighthizer who met in the US on Wednesday, managed to make headway on a number of issues including Indian non-tariff barriers which the US had alleged was bedevilling American farm produce exports to India.

Top Commerce Ministry officials said that most issues holding up the trade between the nations had been hammered out.

ALSO READ | Trade deal in the making: India may open up to US imports for GSP benefits

The trade-off would involve US restoring GSP benefits for Indian exports and India opening up to imports from the US including medical devices and agricultural goods as well as reduction of tariff on high-value information technology imports.

However, India will not open up its e-commerce market in the manner the US had sought.

Officials said the Government had already made up its mind to restrict FDI in multibrand retail at 49 per cent.

US retail giants like Walmart and Amazon have been asking for the FDI cap to be lifted and for more clarity in e-commerce rules.

India’s small traders have been lobbying against the huge discounts given by e-tailers and fear that total ownership by MNCs of e-tailers here would mean a flood of cheap imports.

Besides this India will also stick to its stand on restrictions on imports which e-commerce platforms can sell, an issue which India had with the RCEP deal too.

Imports through e-commerce in the RCEP regime were to have been without any tariffs implying a larger opening up than India was ready for.

US had earlier this year withdrawn preferential tariff treatment to more than 2,000 kinds of products worth some $6 billion which India was exporting to America, complaining of unfair trade practices by India including higher duties by India among other issues.

India had in a tit-for-tat move also raised duties on some US products including a number of farm products.