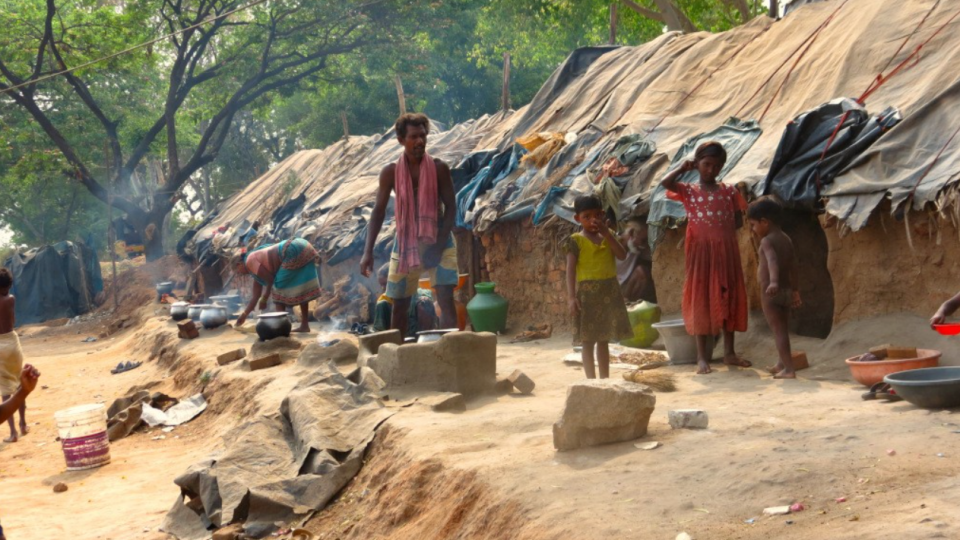 The ongoing struggle of the farmers agitating for the repeal of the three controversial laws in Delhi is growing into a mass movement, with increasing support from different classes of farmers, agricultural labourers, working class and civil society from across the country.

The widespread support to the farmers’ movement is a result of increasing awareness among the people that at the heart of the controversy lies not only the livelihood of the agricultural community, but also India’s food security. At stake is their ‘right to access nutritious food at affordable prices’.

One of the three controversial farm laws — the Farmers Produce Trade and Commerce (Promotion and Facilitation) Act, 2020 — targets the public procurement system operational through the Food Corporation of India (FCI) and Agricultural Produce Market Committees (APMCs) by allowing private traders to compete with government-run mandis. The Act stands to surreptitiously lay the ground for dismantling the entire public procurement system.

The public procurement system is intrinsically connected with the Public Distribution System (PDS). The website of FCI introduces its procurement policy thus:

“The Government policy of procurement of Food grains has broad objectives of ensuring MSP to the farmers and availability of food grains to the weaker sections at affordable prices. It also ensures effective market intervention thereby keeping the prices under check and also adding to the overall food security of the country.”

The intent behind the procurement policy is to make sure that farmers are ensured remunerative prices for their produce, which works as an incentive for achieving better production. To facilitate procurement of foodgrains, the FCI and other state agencies establish a number of purchase centres at various mandis and other points. The stocks brought to the purchase centres, falling within government of India’s specifications, are purchased at a fixed support price. Through this operation, FCI and state agencies ensure that farmers are not compelled to make distress sales.

The minimum support price (MSP) is the price at which foodgrains are procured by the Central and state government and its agencies from farmers to form the Central pool of foodgrains. The Central pool of grains is maintained for allocations under the Targeted Public Distribution System and other welfare schemes. Each year, before the Kharif and Rabi seasons, the Central government notifies the MSP for 23 crops. However, procurement is largely limited to paddy and wheat and to some extent, pulses.

The procurement of foodgrains in India is largely concentrated in a few states. In 2019-20, the bulk of wheat was being procured from three states – Punjab, Haryana and Madhya Pradesh — producing 46% of the wheat in the country and accounting for 85% of its procurement. Whereas rice is procured mainly from Punjab, Telangana, Andhra Pradesh, Chhattisgarh, Odisha, and Haryana, that produce 40% of rice in the country and contribute 74% share in procurement.

According to the Food Grain Bulletin (November 2020), published by the Department of Food and Public Distribution, the total stock of rice and wheat held by FCI and state agencies, as on November 30, 2020, was close to 513 lakh tonnes (rice = 145.4 lakh tonnes, wheat = 367.4 lakh tonnes).

The following table shows the offtake of wheat and rice under the National Food Security Act (NFSA) and Other Welfare Scheme (OWS) during October 2020.

According to the Food Grain Bulletin, about 67% of the total population of the country is covered under the NFSA and the estimated foodgrain allocation was 549 lakh tonnes. Despite being converted from into targeted distribution system of foodgrains (from universal PDS) in 1997, the PDS or ration system has become synonymous with food security.

According to the National Family Health Survey data from 2015-16, 36% children are underweight and 58% children aged between 6 and 59 months are anaemic. According to a report by Food and Agriculture Organisation (FAO), 14% people in India are undernourished. Around 51.4% of women in reproductive age are anaemic and 34.7% of children aged under five are stunted. In the Global Hunger Index 2019, India ranks 102 out of 117 countries.

With the ongoing pandemic and widespread loss of livelihood, the need of the hour is to make a case for expanding the PDS, rather than dismantling it. Given that foodgrain procurement is limited to a few states, the procurement machinery should be strengthened in the states that are not contributing to the public stock.

A bigger stock of foodgrains in the Central pool will allow us to make PDS universal again and fulfil the food requirements of the vulnerable sections of the population. Moreover, keeping in mind the need for dietary diversification, more food items and crops should be added to the PDS basket.

In addition to meeting the goal of food security, a push toward expanding the public procurement system will also ensure that more farmers, particularly small and marginal ones, are benefitted as a result of assured prices.

The Economic Survey 2019-20 noted that a regular increase in MSP encourages farmers to opt for crops which have an assured procurement system. It was noted that an increase in MSP translates into farmers offering their produce for open-ended procurement by the government, indicating that market prices do not offer remunerative options for farmers and that MSPs have become the ‘maximum prices rather than the floor price.’

The following table and chart show the state-wise percentage distribution of number of operational holdings (2015-16).

Assured prices and an efficient public procurement system can guard them from market volatility and monopsonistic behaviour of large agribusinesses. Monopsony is a market condition where a single buyer substantially controls the market as the major purchaser of goods and services offered by many sellers.

In a policy paper from 2018, the FAO highlighted that the high levels of risks involved in market participation defer farmers from making investments in agricultural markets and undermine productivity gains, agricultural growth and the livelihoods and living standards of the poor. The report asserts that governments have the ability to shape procurement processes to facilitate the engagement of smallholders with public food markets. The report further cites the examples of a number of Latin American and African countries that have utilised public procurement as a tool to strengthen smallholder livelihoods and promote food security and positive nutrition outcomes.

In February 2017, in its report to the United Nations General Assembly Economic and Social Council, the Committee on World Food Security also recognised that governments have an essential role to play in addressing smallholders’ specific constraints and maximising the potential for beneficial access to reliable and remunerative markets.

This evolving strand of international policy on public procurement and distribution of food, if adopted, will effectively serve the farming community in India, including the 86% constituting small and marginal farmers as well as more than 14,43,29,833 (Census 2011) agricultural labourers.

This will also prepare the country to widen the security net of social welfare schemes, such as the PDS, needed desperately by the urban and rural poor today, in the aftermath of the COVID pandemic. However, this demands that the government accedes to the demand of the farmers to repeal the three farm laws and wholeheartedly invests itself in strengthening the public procurement and social welfare infrastructure of the country.

The writer is an author and a researcher with Tricontinental: Institute of Social Research. The views are personal. She can be reached on Twitter @ShinzaniJain.

IN DEPTH: INDUSTRY 4.0 Key to Delivering a Circular Economy