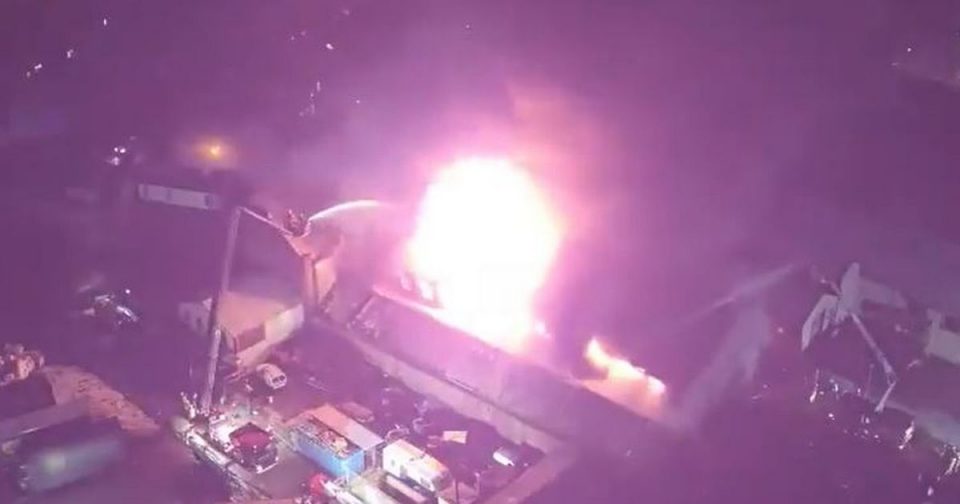 This incredible footage shows firefighters on platforms tackling a large blaze in Bradford.

West Yorkshire Fire and Rescue Service released the footage today to show just how useful drones can be when tackling large fires.

A Fire Service spokesman said the footage was captured by their drone team on Sunday.

“Footage like this gives our Firefighters a bird’s eye view and can be invaluable when tackling incidents.

“The (footage) shows its capabilities, including thermal imaging.”

The fire ripped through a large industrial building on Annison Street.

Residents were warned to keep doors and windows closed.

Dozens of firefighters dealt with the incident. A number of residents had to be evacuated from their homes.

A suspected cannabis factory was discovered at the scene and two men, aged 28 and 32, were arrested.

The Original Mattress Factory teams up with Bridging to blanket drive