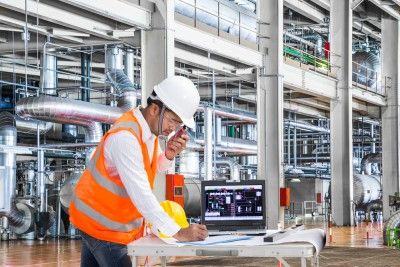 Lakewood Capital Management recently released its Q2 2020 Investor Letter, a copy of which you can download here. In the letter, among other things, the fund reported a net profit of 10.7% for Q2 2020. You should check out Lakewood Capital’s top 5 stock picks for investors to buy right now, which could be the biggest winners of the stock market crash.

“In recent months, fuel cell stocks have once again become one of the latest market crazes, with investors flocking to the sector despite the industry’s history of many disappointments, poor financial performance and undifferentiated technologies. The fund is short Ballard Power Systems, a consistently loss-making and cash-burning Canadian company that has recently seen its market capitalization swell to a remarkable $4.5 billion (up eight-fold from the end of 2018). We have tracked Ballard Power (and several other fuel cell stocks) for the past decade, and on five separate occasions, investors bid up the shares in a frenzy only to be left holding the bag months later when they came crashing down to earth.

Ballard Power, born in the height of the tech bubble twenty years ago, is a supplier of fuel cell “stacks,” which are layers of energy-producing units that are combined to generate power. The stacks are sold to original equipment manufacturers and systems integrators for applications such as transportation (bus, truck and rail) and material handling. A quick peek at Ballard’s financials reveals just how challenging selling fuel cell energy stacks to vehicle manufacturers can be. The company generates just over $100 million in annual revenues and has never earned more than $40 million in annual gross profit. 2019 revenues were actually 12% below what the company generated in 2017, and annual EBITDA losses and cash burn have averaged about $15 million and $25 million, respectively.

The source of recent excitement appears to center on the potential for Ballard Power to be a major supplier to the transportation industry as the demand for “green” energy sources increases. We are skeptical. We view fuel cell stacks as a low value-add product that is relatively commoditized. If the sale of these products ever became materially profitable for Ballard Power, we believe an equipment manufacturer could insource the technology relatively easily or simply switch to one of Ballard Power’s numerous competitors. With just $45 million of PP&E and an R&D budget of about $25 million, Ballard Power lacks the manufacturing infrastructure or technological expertise that would ever result in a sustainable and profitable competitive position. For example, Cummins, one of the largest global diesel and natural gas-powered engine manufacturers, acquired one of Ballard Power’s competitors in 2019 (for less than $300 million) and is already spending over $100 million in annual R&D on fuel cell, hydrogen production and hybrid power systems investments.

As the current euphoria wears off, we expect the reality of Ballard Power’s poor business prospects to once again set in as the company continues its long history of disappointing financial results. Setting a price target on a perpetually loss-making business with murky prospects like Ballard Power can be a challenge, but if its market capitalization merely settled at the level of prior peaks, the stock would be down over 80% from current levels. As one former senior industry participant told us, “I just can’t get my head around the valuation, it’s just crazy… Ballard doesn’t even have a story.”

The top 10 stocks among hedge funds returned 185% since the end of 2014 and outperformed the S&P 500 Index ETFs by more than 109 percentage points. We know it sounds unbelievable. You have been dismissing our articles about top hedge fund stocks mostly because you were fed biased information by other media outlets about hedge funds’ poor performance. You could have doubled the size of your nest egg by investing in the top hedge fund stocks instead of dumb S&P 500 ETFs. Below you can watch our video about the top 5 hedge fund stocks right now. All of these stocks had positive returns in 2020.

At Insider Monkey we scour multiple sources to uncover the next great investment idea. Cannabis stocks are roaring back in 2020, so we are checking out this under-the-radar stock. We go through lists like the 10 most profitable companies in the world to pick the best large-cap stocks to buy. Even though we recommend positions in only a tiny fraction of the companies we analyze, we check out as many stocks as we can. We read hedge fund investor letters and listen to stock pitches at hedge fund conferences. If you want to find out the best healthcare stock to buy right now, you can watch our latest hedge fund manager interview here. You can subscribe to our free enewsletter below to receive our stories in your inbox:

Disclosure: None. This article is originally published at Insider Monkey.