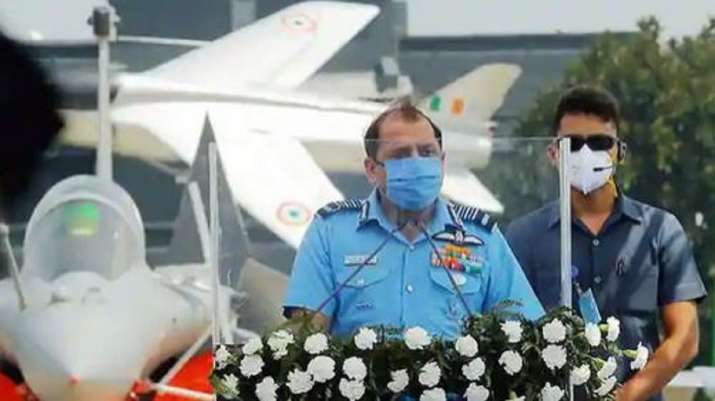 Chief of Air Staff Air Chief Marshal RKS Bhadauria on Monday did not rule out procurement of more Rafale jets, and said the induction of the French-made multi-role aircraft has given the Indian Air Force an operational edge to strike “deep and hard”.

The Chief of Air Staff also said the government is concentrating on procurement of 83 Light Combat Aircraft (LCA) Tejas (Mark 1A), 114 multi-role fighter aircraft (MRFA) and having upgraded versions of the LCA besides focusing on indigenous development of the ambitious advanced medium combat aircraft.

Asked whether the IAF was keen on having at least two more squadrons of Rafale jets, Bhadauria said it is a complex subject and that “various options” are being deliberated upon based on the future requirement of the force.

“The entire subject is under discussion and debate,” the Chief of Air Staff said at a press conference.

On induction of the first fleet of Rafale, he said,”the integration of Rafales brings in a platform armed with weapons, sensors and technologies that is way ahead and gives us an operational and technological edge in this area.

“Combined with upgraded op capabilities of our current fighter fleet, it gives us the ability to shoot first and strike deep and hard, even in contested airspace.”

The first batch of five Rafale jets arrived in India on July 29, nearly four years after India signed an inter-governmental agreement with France to procure 36 of the aircraft at a cost of Rs 59,000 crore.

There has been a view among some officials in the military establishment that the IAF should at least have four squadrons of Rafale jets considering its operational aspects. There are 18 aircraft in a squadron.

They think it will be the “cheapest option” as the cost of research and development for all India-specific enhancements have already been covered in the previous deal.

The Chief of Air Staff also cited budget constraints as one of the factors in taking any decision (regarding procurement), In April last year, the IAF issued an RFI (request for information) or initial tender to acquire 114 jets at a cost of around USD 18 billion, which is billed as one of the world’s biggest military procurements in recent years.

“Whether we go in for more Rafale or MRFA, it will be an open competition…The current status is that we have received all the RFIs (for the MRFA programme). All these issues are on the table now in terms of taking a final call….There are various issues that need to be considered,” he said.

It is learnt that a preliminary discussion on a possible procurement of another batch of 36 Rafale jets by India from France figured during the talks between the two sides in the past one year, as the French officials are making efforts to push for a government-to-government deal.

Ten Rafale jets were delivered to India so far and five of them stayed back in France for imparting training to IAF pilots. The second batch of four to five Rafale jets are likely to arrive in India by November.

According to officials, Rafale jet would also take part in the Air Force Day parade on 8 October.

Bhadauria said the IAF would get 3-4 Rafales after every 2-3 months till supply of the entire fleet of 36 is completed.

The Rafale jets, known for air-superiority and precision strikes, are India’s first major acquisition of fighter planes in 23 year after the Sukhoi jets were imported from Russia.

Known for air-superiority and precision strikes, the Rafale jets are India’s first major acquisition of fighter planes in 23 year after the Sukhoi jets were imported from Russia.

The newly inducted fleet has been carrying out sorties in eastern Ladakh where Indian and Chinese troops are engaged in a bitter border row for the last five months.

“We have operationalised the recently acquired Rafale, Chinook, and Apache aircraft and integrated them into our current concept of operations in record time,” the IAF Chief said.

“In the next three years we will see the Rafale and LCA MK1 squadrons operating with full strength, along with additional Su-30 and Mig 29 aircraft, that are being ordered in addition to the current fleets,” he said.

Bhadauria said the mid-life operational upgrade of Mirage-2000, MiG-29 and Jaguar fleet would add to the IAF’s capability in this period, thereby further enhancing not only their operational capability but overall potential.

“We have a focussed modernisation programme of our existing fleets to integrate and concentrate on latest weapons, systems, sensors, and technologies,” he said.

The Skeletons In The (Supply Chain) Closet