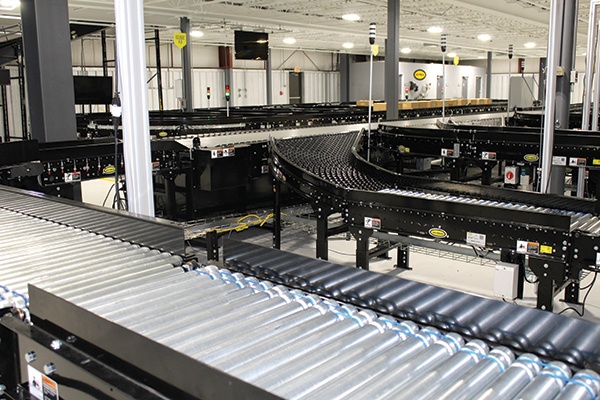 Jonesboro-based Hytrol plans to invest more than $20 million to open a manufacturing operation in Fort Smith that will employ up to 250 within five years. The new operation will locate in 300,000 square feet of the former Whirlpool building.

The company manufactures conveyer belt systems and other material handling systems for a wide variety of businesses, including those involved in the booming e-commerce sector. Hytrol was founded by Tom Loberg in Wisconsin in 1947, and relocated to Jonesboro in 1962.

“Hytrol has been in Jonesboro, Arkansas since 1962,” Hytrol President David Peacock said in a statement. “We began with 28 employees and have grown to more than 1,200 employees in that location. When it came time to expand with an additional production facility, it was an easy decision to stay in Arkansas. The workforce in Arkansas is second to none; the business climate supports our growth; and our values of faith, family, gratitude, empathy, commitment, and community align perfectly with Arkansas.”

After evaluating multiple locations in Arkansas and surrounding states, Hytrol selected Fort Smith as the site for its new operations, according to a press release. One factor in the search was to geographic diversify its operations. Hytrol signed a long-term lease with the owner of Spartan Logistics, the Toledo, Ohio-based company that now owns the former Whirlpool building located at 6500 Jenny Lind Road. Benton Harbor, Mich.-based Whirlpool Corp. closed the refrigerator manufacturing plant in June 2012, which at the time employed about 1,000, but was home to more than 4,500 jobs at its peak.

“In the nearly fifty years since Hytrol moved to Jonesboro, the company’s equipment has conveyed millions of boxes and bottles along thousands of miles of the company’s material handling systems all over the nation,” Gov. Asa Hutchinson said in the statement. “Hytrol’s equipment assists industries from food and beverage to pharmaceutical to package handlers move their products efficiently and safely from the point of production to the customer. Hytrol is a great company for Arkansas, and I am elated they are expanding to Fort Smith.”

“Having another legacy Arkansas company choosing to expand here is proof that business understands what we have to offer. When they needed the right facility, the right workforce and the right environment, their first call was to Fort Smith. That endorsement speaks volumes about what we can bring to the table,” Allen said.

The new operation will help boost the Fort Smith metro’s beleaguered manufacturing sector. The sector, once the largest jobs sector in the region, employed 31,200 at its peak in June 1999, according to the U.S. Bureau of Labor Statistics. The sector had an estimated 16,500 jobs in November, down from 17,600 in November 2019.

Govt assured farmers that procurement at MSP will continue, mandis will be strengthened: Tomar