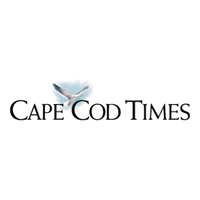 BARNSTABLE — A 28-year-old Hyannis man was sentenced to six months in jail after a jury in Barnstable District Court Tuesday found him guilty of drug possession and distribution charges.

Russhane Campbell was found guilty of two counts of drug possession with intent to distribute a class B drug, as well as an additional count of possession of a Class B drug.

Another charge of conspiracy to violate the drug law was dismissed.

Campbell was arrested Oct. 23, 2017, after Barnstable police obtained a search warrant to enter a residence on Terry Court in Hyannis, where Campbell was living.

A police report filed in Barnstable District Court said police found found a digital scale, a bottle with 15 Adderall pills and a suboxone strip in a search of Campbell’s bedroom. Police also found numerous cellphones and $4,705 in cash in the bedroom, including $2,500 hidden in a sneaker in the closet.