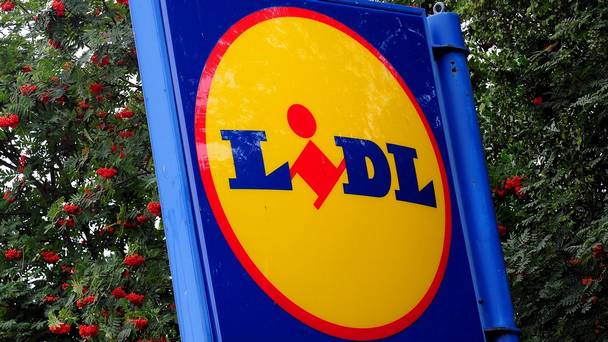 It instantly becomes the second-largest building in Ireland, behind only Tesco’s 77,400sq m distribution centre, opened in 2007 in Donabate, Co Dublin.

Built by 2,000 workers under the direction of John Paul Construction, the Kildare distribution hub is Lidl Ireland’s biggest single investment here since its arrival in 2000.

The building is roughly three times the size of the Aviva Stadium and includes a football pitch-sized battery of solar panels on the roof, constituting the biggest single solar array in Ireland.

The panels are expected to generate a quarter of the facility’s energy needs.

While many smaller retailers depend on next-day shipments from the UK and have relatively little storage space, the Lidl investment greatly boosts the grocer’s ability to stockpile goods to manage any Brexit-related disruption to supply chains.

Lidl estimates that the centre will receive 150 truckloads of goods on a typical day and can hold an estimated 49 million items, much of it in a vast chilling and freezing zone.

The building replaces Lidl’s previous Newbridge distribution centre, which was half its size.

It allows the firm to stop using another 7,000sq m of leased storerooms.

Staff at the distribution hub – which supplies Lidl’s 90 stores across Leinster – will grow by 100 to 350 in a facility that includes a gym and cafeteria.

Managing director JP Scally told the Irish Independent that Lidl Ireland already is “not overly exposed to Brexit” because its 2,500-product range has pivoted since 2016 away from UK goods and supply routes in favour of 60pc Irish sourcing from 225 local suppliers. Only 10pc comes from the UK, he said, while Lidl is ready to use ferries rather than the UK land bridge for continental EU imports.