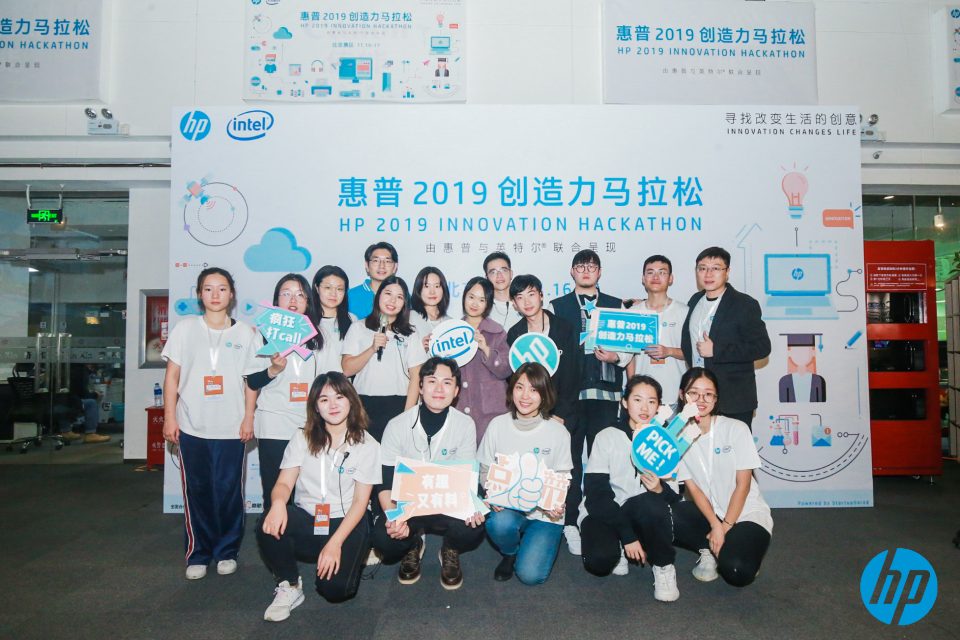 The HP Dream Factory Innovation Hackathon this year is a 48-hour competition co-organized by HP and Startup Salad, a startup community in China. College participants need to work out a business plan right from the start in 48 hours from Friday to Sunday with guidance from mentors. Ideas are simple. But how to transfer from an idea to a feasible business plan remains a challenging task.

According to the 2018 Report on the Entrepreneurship Ecology of College Students by angel fund Tisiwi, China’s college graduates reached a total of 8.2 million in 2018, among them 3% have started their own business in less than half a year. In 2011, the proportion was merely 1.6%. Such increase has everything to do with the mass entrepreneurship and innovation policy of the government.

As one of the respected tech companies from Silicon Valley, HP has continually advocated and respected the entrepreneurial spirit. According to Grace Dong, Greater China CMO, HP Inc. “The slogan and spirit of HP is “Keep reinventing”. Actually, the spirit of innovation to move things ahead has been embedded in HP’s culture since the first day it was founded in a garage in Silicon Valley. The program aims to inspire innovation and creativity, meanwhile providing college students across China with opportunities and access to the real business world.”

Only one month after its opening by the end of September, the competition has already garnered over 1800 applicants. In the following months, a series of regional competition will be ongoing in 12 cities including Shenyang, Xi’an, Qingdao, Wuhan.

In Beijing, 15 winning teams make it to the regional competition. As a reward for the students’ dedicated teamwork, the champion team receives 50,000 yuan, while the runner up and third prize gets 20,000 yuan and 10,000 yuan respectively. Other tempting awards include recommendation letter from CMO of HP and internship opportunities at the tech giant.

It is noticeable that most projects involved in this round of competition paid specific attention to the daily lives of college students, that go from career guidance to trading of second-hand books. Other tech-based projects include 3D modeling on missing people, reuse of coffee grounds and smart sewage treatment. As a whole, the competition covers a wide range of trendy topics including smart cities, industrial design, education as well as security issues.

Interestingly, the first prize goes to a team that aims to solve problems for students taking a Master degree entrance exam of a major different from their bachelor’s in China. The yearly national post-graduate entrance examination (Kaoyan in Chinese) is yet another exam that gives headaches to Chinese students after the college entrance exam Gaokao. Varied requirements for different majors in different colleges makes it a hassle for exam takers to prepare. As mentioned in the roadshow session, a survey shows that a considerable number of people are willing to pay for the exam information. Every year after the exam, the team would gather relevant questions and answers according to the survey, interviews and experiences shared by previous exam takers. When asked how they gather their data, two team members stated that they prefer the rough and practical way, waiting outside the exam building and conduct interviews then and there.

Another project that came out quite unexpected is a hand-drawn artwork platform called T-ghost, that gathers art students from renowned art schools across the nation to design and draw customized patterns on shoes, handbags, laptop covers and so on. The idea came to life after the founder realizes the individuality of generation Z and their self-expression through unique style. The platform has already started making profit and according to team leader Berry Zhao, they are now seeking promotional support from influencers on the short video platform Tiktok. The project won the third prize. “I don’t care that much about the prize. I just want my project to get more exposure, in hopes of getting more guidance from mentors.” Zhao said.

The Supply Chain of the Future

81 US Jewelry Retailers Closed in the 3rd Quarter

Bragar Eagel & Squire, P.C. Announces That a Class Action Lawsuit Has Been Filed Against Turquoise Hill Resources Ltd. and...