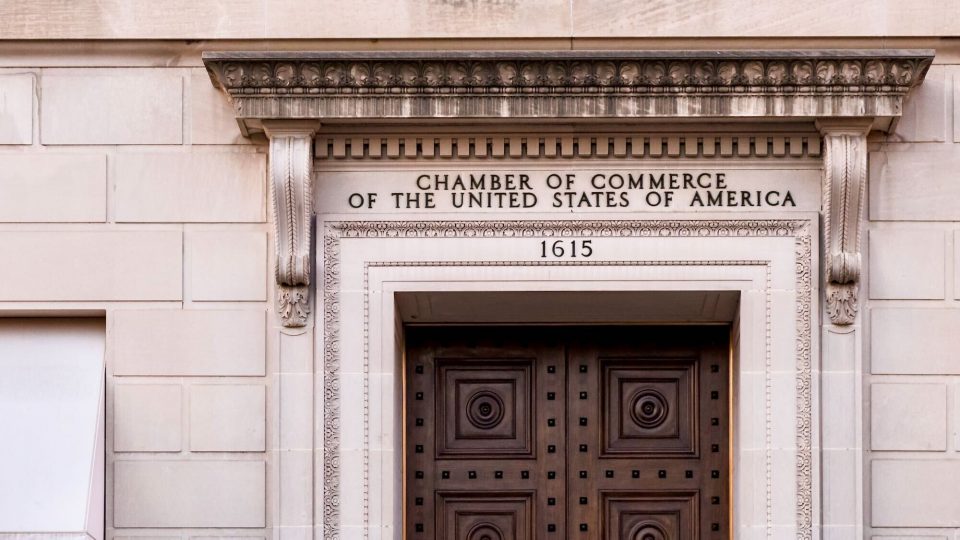 As the U.S. Chamber of Commerce’s expert on supply chain and customs-related issues, John Drake recently added two related policy areas — transportation and infrastructure — to his portfolio that are also major priorities for his members.

In his new role as the vice president of transportation, infrastructure and supply chain policy, Drake is tasked with leading the Chamber’s advocacy on all those issues on Capitol Hill and within the administration.

Given his promotion earlier this month, we wanted to hear more from Drake about what he will be focusing on as supply chain and infrastructure remain a top concern for U.S. businesses.

FREIGHTWAVES: Supply chain and transportation/infrastructure used to be under separate portfolios at the Chamber. Why are they being combined?

DRAKE: “Supply chain challenges as well as transportation and infrastructure investment are important issues for the business community. The primary justification for combining the two roles into one is because there’s a lot of overlap in those two buckets. When I was just doing supply chain work, much of the focus was on ships and the backups at the ports, even though you could make the case it was a transportation and infrastructure issue.

“So when Ed Mortimer moved on [to NextNav, in March, after heading up infrastructure and transportation policy at the Chamber], it seemed to make sense to combine them. There are a lot of overlapping issues that the members care about in both spaces, so we decided to combine them and have a single point of contact. And we’re hiring people to build out the team, so I think in a lot of ways we’re turning this into a larger practice within the Chamber.”

FREIGHTWAVES: What are some of your legislative priorities going into the midterm elections?

DRAKE: “A big focus is the America Competes/USICA [U.S. Innovation and Competition Act] legislation. It includes a supply chain resiliency office to be established at the Department of Commerce, which is intended to take a strategic look at the resiliency of key supply chains critical to the U.S economy. We’re spending a lot of time educating policymakers on what’s good and not so good in both those bills. We want to make sure the Senate’s USICA version is what makes it across the finish line.

“The Ocean Shipping Reform Act [OSRA] is getting quite a bit of attention. Both the House and Senate versions have passed their respective chambers, I think that will likely get negotiated into law before the end of the year. Again, there are parts of both bills we have concerns with, there are parts of both that we like. There are a number of provisions in the House bill that some of our members have significant concerns with, and I think the Senate version seems to be pretty reasonable legislation.

“Regarding the [upcoming] FAA reauthorization bill, airfreight is very important because of the high-value products carried. The bill is often a vehicle for other proposals as well — for example, TSA reauthorization that was included in the last FAA reauthorization in 2018. That will have a lot of interest for our members that have to comply with security requirements.

“After that, we’re focused on the success of the infrastructure bill, making sure that those dollars are spent well, but the biggest impediment to it is the permitting process. We need to look at ways to approve these projects in a more timely fashion. We’d love the administration to lean in on the new authorities in the infrastructure bill and recognize that there should be a process, but it shouldn’t take 10-15 years to get through.

FREIGHTWAVES: Diesel prices — a big operational cost for trucking — have been on the rise. What policies does the Chamber support to address this?

DRAKE: “To take gasoline off the table, or push policies that make it harder to find new sources of fossil fuels, are bad. So on the permitting side for new energy projects, I think we need to be mindful because trucks will still be requiring diesel for the near future.

“The Chamber does not support a gas tax holiday — it’s not clear that that will actually result in a lowering of prices, while the revenues generated from that tax are critical for building the infrastructure we need going forward.

“Fuel prices are the No. 1 driver of costs for the trucking industry, which is hurting because of this but also due to labor challenges. The transportation workforce on average is older than the general workforce. A lot of drivers we lost during the pandemic that either retired early or found something else aren’t coming back. That’s why I think there’s real opportunity on the driver side to get the under-21 pilot underway at DOT.”

Waterfront automation should be on negotiating table

FREIGHTWAVES: How closely are you following contract negotiations between the West Coast dockworkers and the container terminal operators?

“Arguably the two most important ports in the U.S., Los Angeles and Long Beach, account for about 40% of all containers coming into the country. But if you look at a ranking from a productivity standpoint, they are something like Nos. 328 and 333 in the world. They don’t have room to expand, so you have to figure out ways to make them more competitive and move goods faster, and the best way to do that is through automation. That has to be included in the next contract, and the administration could do a great service by recognizing that and showing a path forward on that.”

FREIGHTWAVES: What will you focus on in the next surface transportation reauthorization, which would take us beyond 2026?

DRAKE: “One of the most important parts will be the pay-fors. There has been increasing indifference by policymakers to raise the gas tax, which historically has been the primary method to pay for all these surface programs — truck safety oversight, [National Highway Traffic Safety Administration] research, and a lot of the freight-specific grants that come out of the [Federal Highway Administration].

“Our perspective on this is that you need a dedicated source of revenue to pay for these programs because these are important nationally. The U.S. is heavily reliant on the quality of our transportation infrastructure and if you neglect it, it’s going to hurt the competitiveness of our economy.

“I think one of the things we can do is look at alternatives to the gas tax and then educate policymakers on what are some of the options on the menu that they can look at. It’s a multiyear effort. We’re looking to fund a study on a vehicle miles traveled tax, and FHWA is looking to do a VMT pilot program over the next year or so. We want our study to help inform that pilot so we can present the best case possible to policymakers.”

FREIGHTWAVES: What is your long-term outlook for the gas tax?

DRAKE: “If you look at the long-term viability of the gas tax, you have to consider the effect of the electric-vehicle penetration into the market over the next five years — the increase is dramatic. With every gasoline-powered vehicle replaced by an EV, you have one less source of revenue for the highway trust fund. So I think while we were supportive of a gas tax increase in the short term, we have to start looking at what the next infrastructure revenue generator is going to be.”

Supply chain challenges ahead for the COVID-19 vaccine

Is your supply chain ready for Black Friday? | Supply Chain