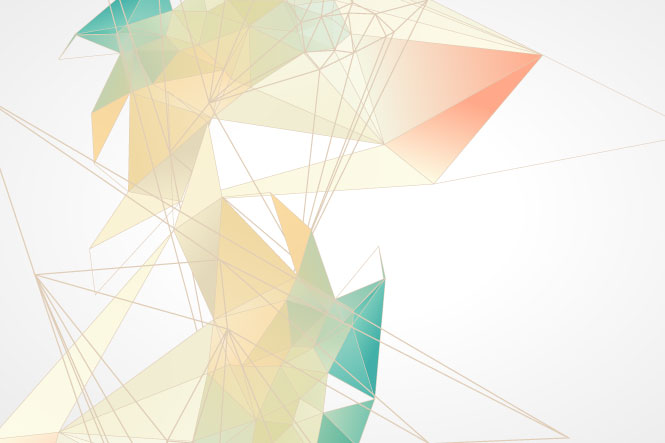 It was here, sweating through back rooms and service corridors, that he started to learn the hard truths of running a business.

Now, after more than 20 years and a career spent helping run the family’s operations across the globe, the grandson of Robert Kuok – the “Sugar King of Asia” who built a US$12.4 billion fortune – is determined to make his own mark; opening doors for startups.

Mr Kuok’s family office K3 Ventures (“three” for third generation) has quietly backed 38 startups including China’s Bytedance and Singapore’s Grab Holdings. Investments are between US$1 million to US$3 million and have returned 43 per cent to date.

The expansion into venture capital signifies an important step for the storied business empire. The younger Mr Kuok’s 96-year-old grandfather still presides over a vast powerhouse with interests spanning luxury hotels to palm oil plantations and logistics warehouses. Ad-hoc internet investments by subsidiaries and individual family members have reaped healthy returns, but the majority of assets are in more traditional industries.

Get the latest on startups
and business news

“These will be the companies that could disrupt us next time,” Mr Kuok, 38, said during an interview in his minimalistic Singapore office, a stack of his grandfather’s memoirs and a copy of The Art of Simple Living on a shelf, and a few model planes displayed just so.

“Why not join hands early and give them a leg up when it counts? The underlying agenda is staying relevant.”

Staying relevant is how the Kuoks have remained successful for six decades. After entering the commodities market in the 1950s in Malaysia, the patriarch branched out into sectors including hotels and shipping in Singapore, and later Hong Kong, just as China was opening up.

MX, as the younger Mr Kuok is known among friends, is seeking to expand in an already-crowded space, particularly in Singapore, where almost US$10 billion was plowed into more than 400 startups in the first nine months of last year.

Mr Kuok’s strengths include his experience of helping build and manage a hotel chain, as well as growing up in a family that values relationships over short-term monetary gains. In person, the millennial is softly spoken and scrupulously polite, often pausing to ponder the topic at hand before answering.

He recalls vividly how the 2003 Sars outbreak emptied the streets of Hong Kong. While competitor hotels resorted to job cuts, his grandfather and father guided him not to follow suit.

“I learned that you have to look after your colleagues like your own family,” Mr Kuok said. He applies the same principle in backing startups, sticking with them through thick and thin. “Are you a good-time friend, which means when you have a high valuation, they call for more allocations, or do you reach out and ask: ‘Can I help?'”

While his family name and connections come in handy when raising the profile of K3’s portfolio companies, he doesn’t make introductions lightly.

Mr Kuok will often join the founders in their first meeting with a prospective client and sit in on subsequent discussions to lend expertise. Coming from a traditional business himself, it’s easier to see things from their perspective, and he makes sure those meetings lead to business contracts.

“MX has shortened our journey,” said Lu Jianfeng, the co-founder of Wiz.AI, which helps companies use artificial-intelligence robots to make calls to their customers.

A serial entrepreneur, Mr Lu relocated to Singapore from China after meeting Kuok with the ambition of building a global business. His one-year-old startup has secured clients including a leading hospital group and one of Singapore’s biggest banks.

“I’m an engineer, not a sales guy. None of this would have been possible in a new country without him,” Mr Lu said.

One of Mr Kuok’s earliest investments was ride-hailing app Grab. It came about almost by accident while he was still working as an associate director of finance at Shangri-La Asia.

“I knew [co-founder] Anthony Tan and he asked if I wanted to invest in MyTaxi and I said: ‘What taxi?'” laughs Mr Kuok. Mr Kuok worked informally with Grab to help its drivers win permission to idle in hotel driveways, like regular taxis.

One of the first of his family to become a Singaporean citizen, Mr Kuok attended a local school before spending three years at an English boarding school two hours north of London. There, his family name carried little weight.

Returning to Singapore for mandatory national service, it became a minor liability.

“They knew who I was, and they wanted to make sure I was able to be humble enough to become an officer,” Mr Kuok said. “They wanted to see whether I’d turn around and say ‘I’m going to call my Daddy’ or ‘Yes, sir!'”

With his father running the Shangri-La group as chairman, Mr Kuok prepared for life in the family business, studying hotel management at Cornell University in New York.

He also saw the time away as a chance to pursue his life-long dream of flying. He’d harboured the ambition ever since visiting a plane’s cockpit as a young child and used to practice captain’s announcements in English, Chinese and Malay, languages he grew up with.

His family, horrified by the idea, slashed his allowance so that he couldn’t afford lessons. Undeterred, Mr Kuok worked as a saute station line cook at an Italian restaurant and a teaching assistant to earn the money himself.

Once he’d saved up US$2,800, he was able to afford the youngest teacher with the oldest plane and finished his degree early so he could fly in secret and obtain his pilot’s license. (His parents eventually admitted defeat and helped fund jet-pilot training in Florida and Georgia.)

“Flying is twofold – one is the technical knowledge and one is the muscle memory and reaction,” he said. “The army and flying are two instances where they put you under tremendous pressure and force you to remain in the band of logical thinking.”

Mr Kuok was soon working for the group, opening, upgrading and running hotels from Beijing to Sri Lanka. He learned the importance of harvesting and rewarding ideas from all levels of staff – something he’s taken with him on his transition to venture capital.

But after 12 years and the completion of a key project in South Asia, he decided his lucrative part-time gig of helping startups was fulfilling, and wanted to focus his career on it.

To be sure, K3 is still a minnow offering relatively small-sized checks; investors of all stripes are backing startups amid historically low interest rates.

Mr Kuok aims to offset this imbalance using the potential of co-investment, his links to the region’s biggest conglomerates and a flexibility that only family offices can provide – in one case K3 even provided interest-free loans with no payback period to investee companies.

A bigger issue is that K3’s hands-on approach is time and energy intensive, and it has just three employees. Mr Kuok plans to work the broader group’s resources and hire more staff without detracting from its ethos.

“We come from 12 years of working in traditional business and we understand and empathize with what it feels like to be a bellman or receptionist or the general manager,” he said. “What we hope to do is to underpromise and over deliver.”