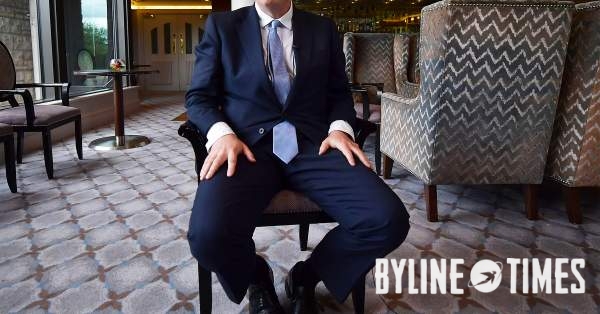 The firm has £20,000 in assets and supplies carpeting for hotels, offices and boats, reports Sam Bright

In the latest set of peculiar procurement contracts, Byline Times can reveal that a hotel carpeting company was paid more than £5.3 million by the Government for the supply of personal protective equipment (PPE).

Documents published by the Government on Tuesday show three deals worth £615,000, £1 million and £3.7 million respectively, awarded to Hotel Logistics Limited.

The latter contract was awarded on 6 April and the former two were granted in mid-June – all for the supply of gloves. None of the contracts went to competitive tender, due to the Government invoking an EU legal clause allowing for streamlined procurement in an emergency.

Hotel Logistics is a firm based in Huddersfield, West Yorkshire, that claims to supply carpeting and tiling for hotels, offices and boats. “Our aim is to become the first choice global provider of high quality carpet, tile and rug,” its website reads.

Companies House records show that Hotel Logistics has one owner and director – Narinder Campbell – and has undergone three name changes during its two-year history.

The company’s latest accounts, released in April and referring to the 12 months up to May 2019, show just £20,664 in net assets. It also appears as though Companies House had initiated action to strike the firm off its register, presumably because its accounts were so late.

A man named Douglas Campbell states on LinkedIn to be the firm’s managing director, and says that Hotel Logistics recently merged with Chinese company Haima Corporation, “the world’s largest producers of carpet, tile and rug”.

Hotel Logistics is listed as a “wholesaler of pharmaceutical goods”, as well as a carpeting firm, by Companies House – yet no mention is made of PPE on either the Hotel Logistics or the Haima Corporation websites.

Byline Times has also revealed that companies including a Miami fashion designer, a month-old firm, a dormant company and a luxury packaging firm have all been awarded deals worth millions of pounds.

Although the Government insists that every contract has gone through proper due diligence, officials have been reticent about revealing information about the deals, aside from superficial details.

Indeed, Prime Minister Boris Johnson and Health and Social Care Secretary Matt Hancock alike have stubbornly resisted calls from opposition MPs to explain peculiar contracts. This is despite them giving £13.8 billion to private sector firms for the procurement of PPE.

This includes at least £364 million worth of deals awarded to firms with links to the Conservative Party – including Conservative politicians. And then there are the millions of pounds which have been given to outsourcing giants with questionable records. Meanwhile, the Government continues to dodge accountability.

The only recourse is therefore to expose the Government’s actions and explain the facts. Something Byline Times will continue to do.

Become a Patron of Byline TV

Parents shouldn’t back down on needle distribution – Chico Enterprise-Record

How to Choose – Alibaba Seller Blog

Lucid completes factory construction, aims to ramp up to 400,000 electric cars per year