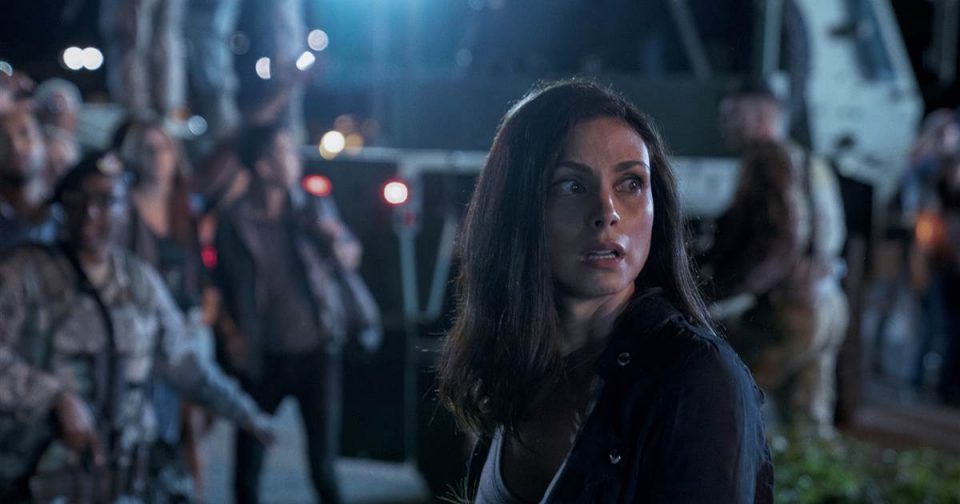 “Greenland” is an action-packed disaster movie that pits the best and the worst of humanity against a civilization-ending comet. But for movie fans expecting to see a hulkish Gerard Butler saving the world with superhuman strength, his Brazilian costar Morena Baccarin says that the film shows how being vulnerable can make you stronger.

“The groundwork was laid right at the beginning about who they are and what they are struggling with and that they are normal people, they’re not superheroes,” Baccarin told NBC News, describing how her character’s family finds a way to survive because they stick together.

Disaster movies can be cathartic, and Baccarin says that “Greenland,” available Friday on video-on-demand, delivers much-needed therapy to viewers off-screen who are trying to escape from the anxiety, loneliness and sadness of a real-life pandemic.

“It is a spectacle film,” she said, “that offers hope at the end, which is something that people need right now. And being able to have that feeling that if you stick with your family and hold your dear ones close you will survive and you can rebuild.”

Baccarin plays Allison, the estranged wife of John Garrity (Butler), and viewers will meet them at a low point of their relationship before a comet bearing down on earth compels them to reconnect with each other for survival.

Garrity, a structural engineer who builds skyscrapers, is selected with his family to survive the impact of the comet at a bunker.

Greenland shows how people are selected based on job skills and health to rebuild a new society after the comet wipes out most of humanity. And the tense divide between those who are chosen and those who are left behind quickly devolves into looting, violence and chaos.

But more than driving a message about income or racial inequality, Baccarin says that the movie tries to give visibility to both sides as her character’s family shifts from being protected and privileged to vulnerable and disadvantaged. And this double perspective has shaped her life on and off screen.

“Being an immigrant myself, I know how difficult it is to assimilate to a new country,” she said. “And though I didn’t come under extreme circumstances like much of the immigrants that come to the United States, it was still difficult for me, so I could only imagine what it’s like in other scenarios.”

Off screen, Baccarin has lent her voice to make both migrants and refugees more visible. In 2019, she traveled to meet thousands of Venezuelan refugees who were crossing the Simón Bolívar International Bridge from Venezuela to Colombia.

Baccarin hopes people can come together in the face of crisis to help each other like a family.

“I think any time you deal with a massive natural disaster, it can be a metaphor for many things. I think this year alone we’ve experienced a lot of natural disasters,” she said. “The government response hasn’t always been the most caretaking, the most informative. And in many ways our film could be a platform for that. But it’s also a much needed escape from what people are going through.”

Arturo Conde is an editor and a bilingual freelance journalist. He writes for La Opinión A Coruña and has been published in Fusion, Univision and City Limits.

Restaurateur’s shock death: ‘A freight train of a man’

Is the Election a Bigger Risk Than COVID-19 for RH Stock?