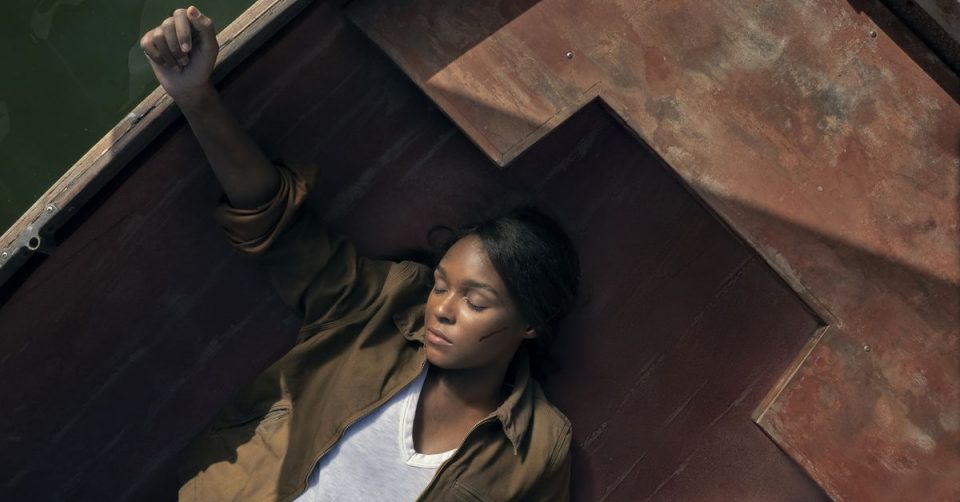 The first season of Amazon’s Homecoming was a masterfully tense thriller, with each approximately half-hour episode slowly unfolding the central mystery of what was going on at the Geist Group’s shady Homecoming Transitional Support Center for veterans. Season 1 ended with a bespectacled Department of Defense auditor effectively acting as the world’s nerdiest noir hero, solving the puzzle, but leaving no one better off. Between the pretty much fully resolved plot and the fact that Julia Roberts wasn’t returning in the starring role she had in season 1, it seemed like creators and showrunners Eli Horowitz and Micah Bloomberg, who also created the podcast the show is based on, would turn the series into an anthology show.

But that didn’t happen. Instead, Homecoming season 2, which was released on May 22, picks up right where season 1 leaves off. While Horowitz and Bloomberg have recruited a stellar cast that’s doing their best to recapture the magic, the season feels fundamentally unnecessary and unfulfilling.

The seven-episode season opens with Jackie (Janelle Monáe of Moonlight and Hidden Figures) waking up in a rowboat with no memory of who she is. Her only clues to her identity are an ID and a tattoo indicating that she’s an Air Force veteran. That intro would have a lot more punch if season 1 of Homecoming wasn’t about veterans being experimented on with a drug that makes them lose all memory of their service so they will volunteer for redeployment. There’s one twist in season 2, revealed very early in its run, and the season never tops that moment. Instead, it moves back in time, then drags on by unnecessarily filling in gaps from the end of season 1, and explaining exactly how Jackie got in that rowboat.

Much of the story focuses on Audrey Temple (Hong Chau of Watchmen and Downsizing), who appeared in season 1 as a receptionist who somehow effectively ousted Colin Belfast (Bobby Cannavale of Will & Grace and Master of None), the oily head of the Homecoming project. The scenes between Audrey and Colin are replayed to show how she manipulated herself into the confidence of CEO Leonard Geist (Chris Cooper), who’s surprisingly earnest and hokey for the head of a company scoring Department of Defense contracts.

Chau brings some of the same mix of perkiness and malice she demonstrated as Watchmen villain Lady Trieu to Audrey, who is desperately grasping for power at a company run by slick, inept men and women who would gladly stab her with a smile if it meant forwarding their own careers. She finds a kindred spirit in Bunda (Joan Cusack), a high-ranking DOD official who sees endless potential in Geist’s memory-stealing formula. Cusack uses folksy charm and a sense of sisterhood to tether Audrey’s rise to her own ambitions, rapidly taking control of the situation as she entertains increasingly horrifying uses for the drug.

There’s a lot of potential in the examination of how women can compensate for sexism with absolute ruthlessness, but the corporate-intrigue plot is sharing space with too much other material that’s rehashing season 1. Walter Cruz (Stephan James of If Beale Street Could Talk), the veteran who spent most of season 1 in a battle of wits with Roberts’ Homecoming social worker Heidi Bergman, has started regaining some of his memories. Now he’s asking questions about his treatment, which could potentially disrupt Audrey’s plans.

Walter’s story seemed nicely resolved at the end of season 1, and while it’s great to see James bringing back the same mix of charm and sharp wit that made him such a standout on the show, his story lacks any novelty. It’s thrilling watching him slowly put the pieces together as he heads toward the season’s dramatic conclusion, and he does particularly excellent work opposite Monae as the two try to get information out of each other. But the scenes still come across as a pale imitation of the same game Walter and Heidi played throughout season 1.

Much of the season feels familiar but diminished. The discordant music continues to resonate, but new director Kyle Patrick Alvarez fails to do anything as clever as season 1’s director Sam Esmail (Mr. Robot

), who framed the scenes where Heidi was struggling with her memory in a way reminiscent of cellphone footage. Alvarez tries to replicate the effect with a series of split-screens showing how various plots are colliding, but that technique really just draws attention to how disconnected the whole season feels.

The writers occasionally provide glimpses of the best parts of season 1 as they blend tension, absurdist comedy, and an almost Kafka-esque examination of bureaucracy’s failings. Standout moments include Walter desperately trying to get a Veterans Affairs employee to let him see information on his own treatment, and Jackie volunteering for “testing” at Geist to try to get some answers, then trying to flee a room as a diffuser starts spraying gas into her room. Turns out she’s joined a consumer testing group for air freshener. But both the laughs and thrills feel watered down in season 2, which never delivers anything as good as the pelican that tormented Heidi throughout season 1, or the quest Walter and a friend go on to find out if they’re actually in suburban Florida, and not on some secret government island.

When Leonard learns about the way his company’s drug was used on veterans, he insists that all the plants used to make it should be destroyed, and further production ceased. But when Bunda hears about what happened, she’s just excited that the drug worked, and that there were no complaints from the people exposed to it. That conflict parallels the heart of season 2’s plot. Homecoming season 1 worked extremely well, which must have produced a terrible temptation to keep production rolling. But for both Bunda and Amazon, pushing for more doesn’t go anywhere good.

All seven episodes of Homecoming season 2 are available to stream on Amazon.