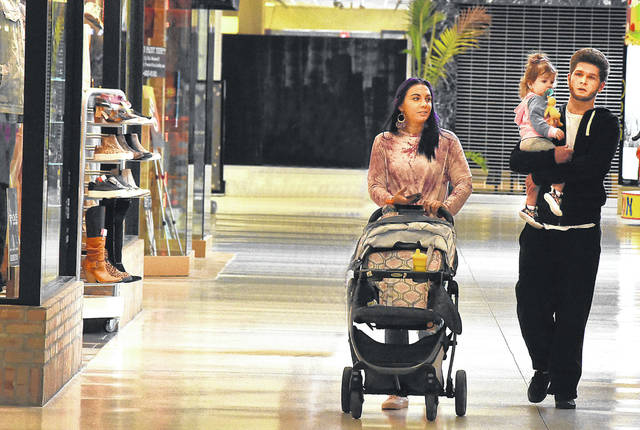 LIMA — Expect to see more pre-Black Friday sales in 2019 as retailers try to make up for the shortened holiday season, with six fewer days between Thanksgiving and Christmas this year than in 2018.

Some of those sales are already underway: Walmart, for example, has started advertising Black Friday-style prices on its website. And the superstore is planning an online-only pre-Black Friday sale on Friday, a week before Thanksgiving.

Fellow superstore Meijer is extending its Black Friday sale throughout the entire week of Thanksgiving, which Peter Whitsett, executive vice president of merchandising and marketing, said is intended to help offset the shortened holiday shopping season.

The National Retail Federation, the world’s largest retail trade group, estimates up to 39% of consumers started their holiday shopping before November, which the NRF considers the official start of the holiday season in retail.

“With Black Friday weekend and approaching deadlines, holiday shopping gets more intense as we get further into the season, but the number of days between Thanksgiving and Christmas simply isn’t as important as it used to be,” said Katherine Cullen, senior director of industry and consumer insights for the NRF. “Consumers have been starting their shopping earlier for years now, and retailers have responded by offering deals and more promotions sooner.

“Our research shows that more than a third of shoppers start by Halloween, so the timeframe for the holiday season keeps expanding.”

Holiday sales and décor pop up earlier and earlier each year so retailers can reach consumers on a budget in an era when most shopping can be done online long before Black Friday arrives, said Joe Goodman, professor of marketing and chair of the marketing and logistics department at The Ohio State University’s Fisher College of Business in Columbus.

“Once you buy a gift for somebody, you don’t continue shopping. … Why wait and risk that I will have done my shopping by then?” Goodman said.

While Goodman said consumers and retailers both benefit in this exchange, the early arrival of the holidays can be a turnoff.

“Now people can’t enjoy November and worry about Thanksgiving,” he said. “What makes the consumer happy? Buying more stuff for Christmas, or enjoying the actual holiday of Christmas and Thanksgiving and Hanukkah and all the other things that come with it? From that perspective, it could lead consumers to be less happy.

“But at the end of the day, these are for-profit companies.”

It remains to be seen whether consumer spending will remain strong through the holidays.

The NRF anticipates consumers will spend an average of $1,047.83 on gifts, decorations and even presents for themselves, according to the retail trade group’s annual holiday spending forecast. If those projections hold, retailers could see an increase of 3.8% to 4.2% in sales over 2018, or an additional $730 billion total.

“They’re not just spending on their immediate family members,” Rist said in an overview of the survey. “They’re also treating their larger circle of coworkers and friends to gifts.”

While 56% of shoppers told NRF they plan to buy gifts online, another 53% said they will also shop in department stores. 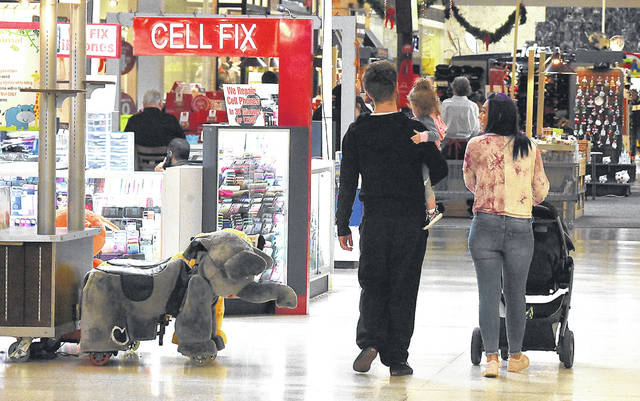 Jana Kramp, far right, walks through the Lima Mall with her daughter, Myla, 1, and Mason Risner while Christmas shopping on Thursday. Many consumers started their holiday shopping earlier this year, especially with Thanksgiving falling six days later than it did last year. 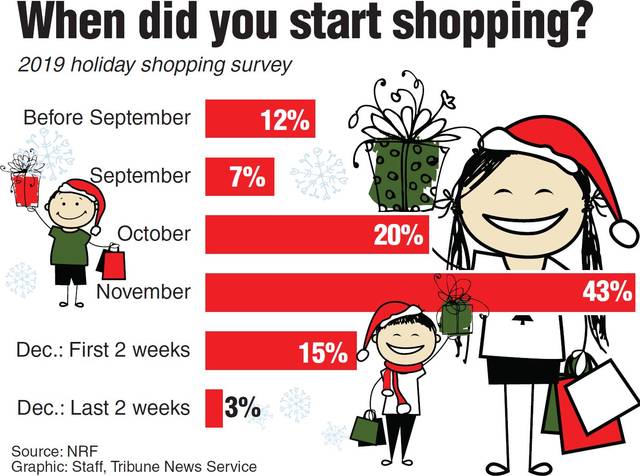 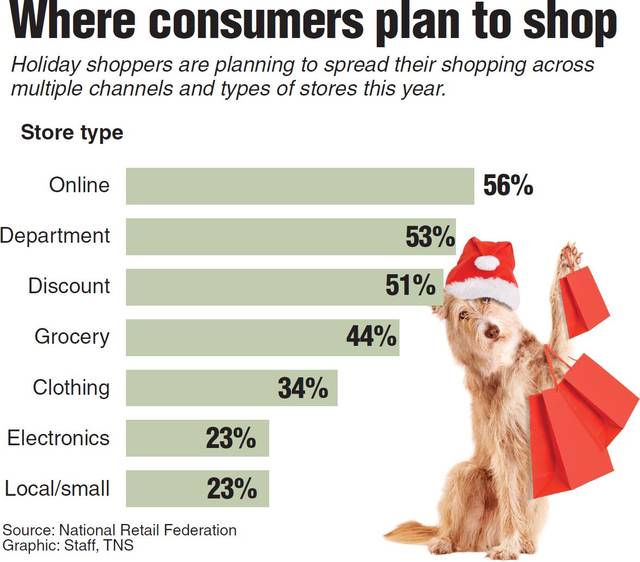 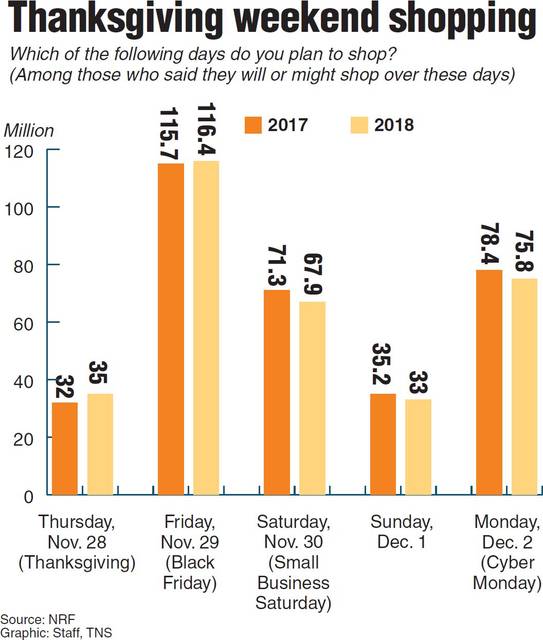 Jana Kramp, left, looks for holiday deals at the Lima Mall with her daughter, Myla, 1, and Mason Risner on Thursday.

‘What could I have done?’ The scientist who predicted the bushfire emergency four decades ago | Australia news