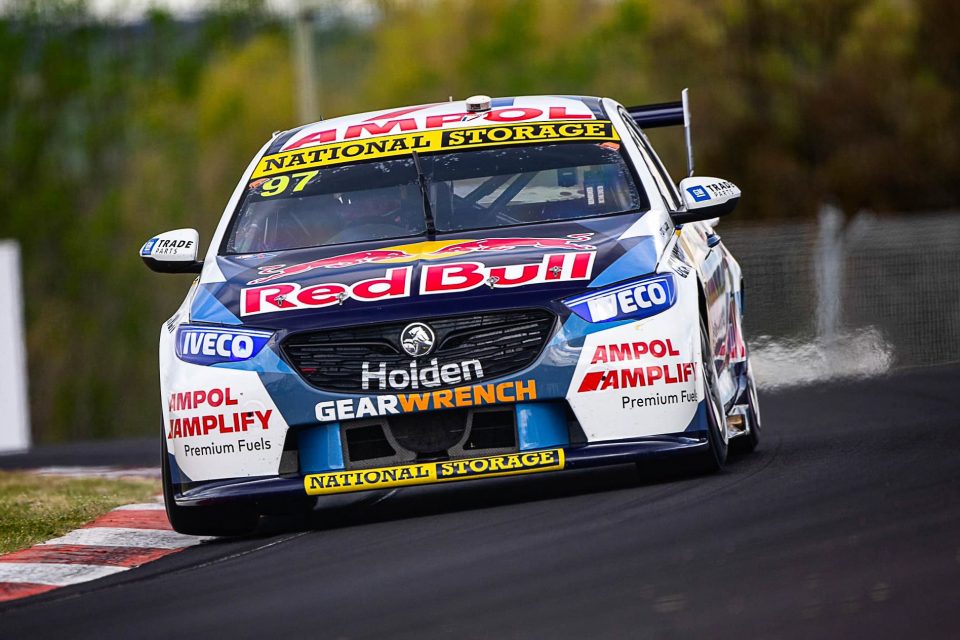 Holden has capped off its 52-year stint at Australia’s greatest motor race with an amazing win at the 2020 Bathurst 1000 in Holden’s last event with a factory squad.

Holden Red Bull driver Shane van Gisbergen claimed his maiden win at Mt Panorama, farewelling Holden’s factory involvement with an amazing drive in the second half of the race.

Van Gisbergen (below) played himself into the race after a brief rain shower and a brilliant afternoon stint from co-driver Garth Tander, steeling himself to fend off a rampaging Supercars pack twice after two late-race safety car periods compressed the field. 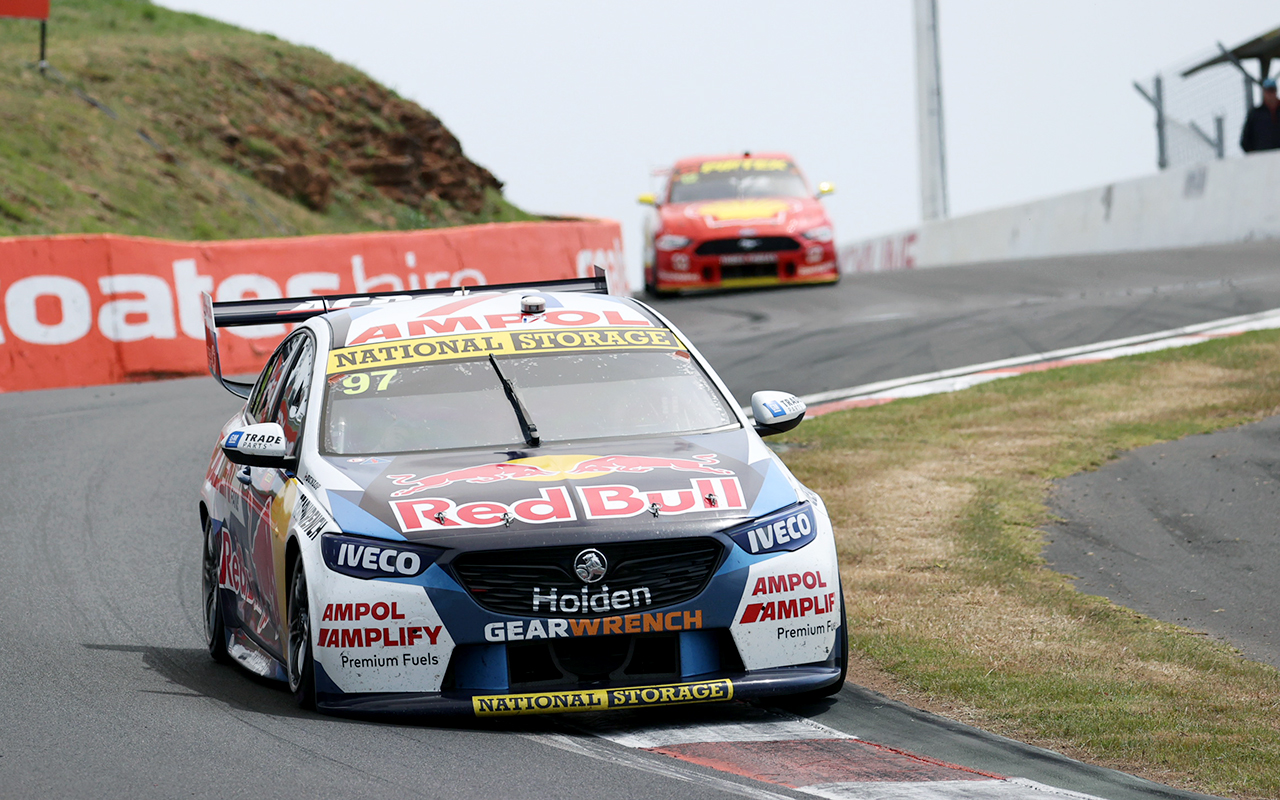 The 31-year-old New Zealander fought off a determined rear-guard action from pole-sitter Cameron Waters, who drove a brilliant race in his Tickford Ford Falcon.

Van Gisbergen capped off the day by pinching a fan’s flag from the side of the iconic track, sending off the Holden Lion in fitting style.

“It was a real track position race, super hard to pass and when that rain came I was a bit slow at the start but then got going.

“That got us to the front and we never left it. Awesome day.” 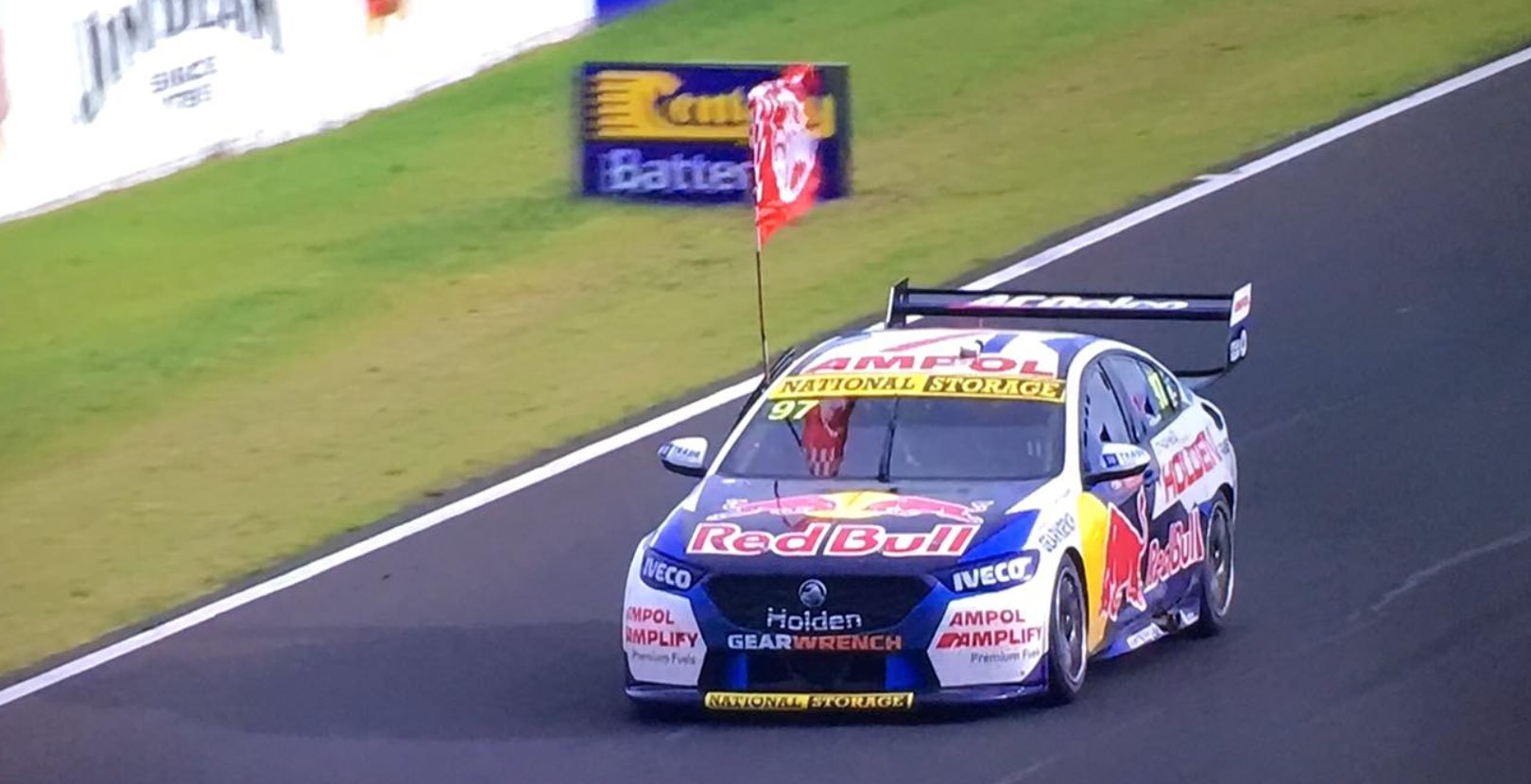 “A really special one,” said co-driver Garth Tander, who claimed his fourth Bathurst crown. “We’re going to sit back and enjoy it.”

MOTOR magazine test pilot Warren Luff also enjoyed a strong outing with Chaz Mostert in the Walkinshaw Andretti United Commodore to finish in third – which, by the way, was raced after selling at auction on the Friday of the event.

Jamie Whincup crashes out of Bathurst

It was a different picture on the other side of the Red Bull Racing garage, though.

It’s a rare sight to see Jamie Whincup make a mistake in a Supercar – but that’s exactly what happened at the 2020 Bathurst 1000, with the seven-time series champion ending his day in the fence.

What makes it more painful is the fact that the race marked not just the final event of a truncated 2020 season where Whincup failed to halt the charge of three-time champion Scott McLaughlin, but the final time Holden would be represented on The Mountain in a factory capacity after year.

Whincup was embroiled in a battle for position with Penrite Racing driver Brodie Kostecki on lap 33 when he ran wide at turn four, clouting the outside wall at The Cutting and retiring on the spot.

“Obviously Brodie was making it pretty difficult out there – that’s not his fault, he’s entitled to go as hard as he can and was doing nothing untoward,” Whincup told host broadcaster Fox Sports.

“I was pushing hard to get through and to try to get up the road and on reflection, I think I smoked the rears pretty heavily out of The Chase trying to get through and I probably underestimated the surface temp going into The Cutting.”

GUTTED 😔 Whincup and Lowndes are out of the race!

The @kayosports Safety Car has been called onto the circuit #Bathurst1000 #VASC pic.twitter.com/NKfAibsrS9

The Red Bull Commodores have played second fiddle to the Ford Mustangs from Tickford Racing all weekend, but brave strategy and a changing track were bringing Whincup and co-driver, Craig Lowndes, into the game.

“In hindsight, I should have just waited another lap, I probably would have got him back down at Conrod on the next lap,” admitted a crestfallen Whincup, whose four wins at The Mountain have also been accompanied by a number of very public failures. 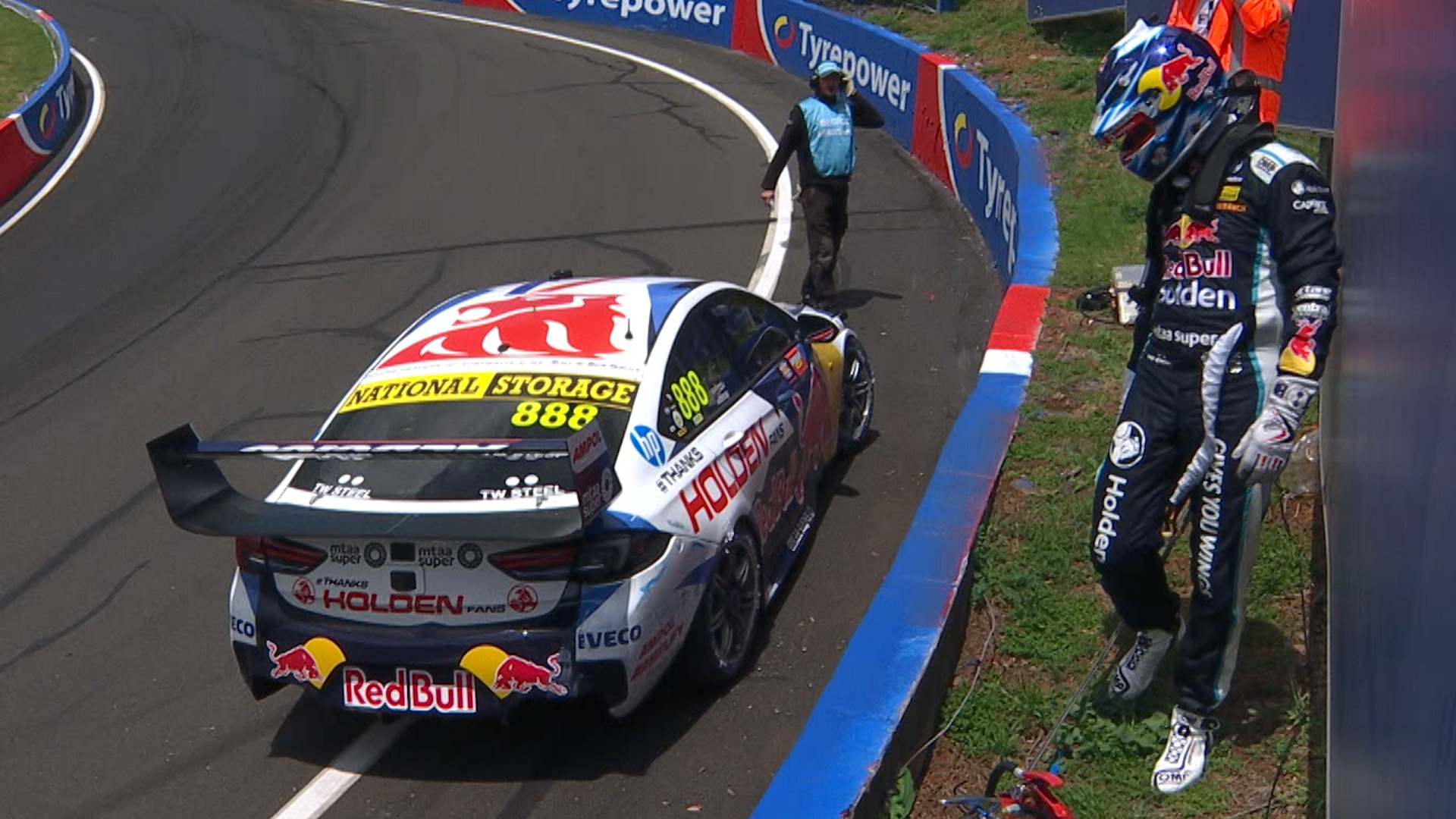 “I’m disappointed for everyone. I’m fine but obviously, everyone has put in a lot of effort here in this garage and engineers in particular, they deserve better.”

The lack of crowd at the event sullied any real chance of a proper farewell to the Holden brand, while the cancellation of the Bathurst International in November has wrecked another opportunity to say goodbye to the Lion at a place it has claimed 34 wins to Ford’s 20, and 570 in the Supercars series.

Tesla picks Austin for its next US factory to build Cybertruck, Semi truck, Model Y – TechCrunch

Factory closures may have helped fuel the opioid crisis. Here’s how