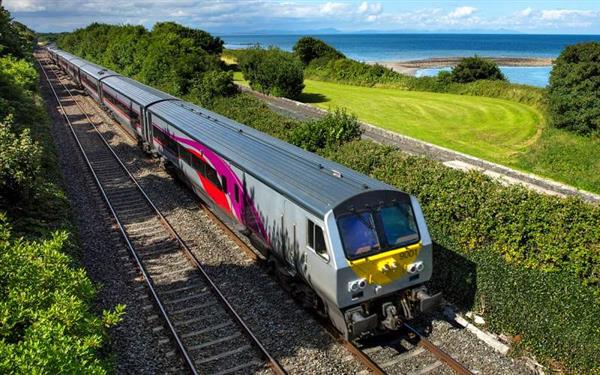 The High Speed Rail Group (HSRG) has called for a cross-Irish Sea rail tunnel to be built as part of seven key transport improvements to “strengthen the union between the four nations of the UK”.

The HSRG used its submission to Sir Peter Hendy’s Union Connectivity Review to call for what it described as seven key improvements to the rail network.

Improved connectivity between England, Wales, Scotland and Northern Ireland would, say the HSRG, provide a significant economic boost by linking economies and geographies further, serving the ‘levelling up’ agenda, while also contributing to net zero targets by reducing demand for polluting road and air travel.

The seven proposed improvements called for by HSRG are as follows:

Birmingham/ Manchester – Glasgow/ Edinburgh: WCML (north) upgrade (as above) to add capacity and reduce journey times. Benefits: Carbon reduction from modal shift, in addition to huge expansion of the day/ half day business catchments in 4/10 of the UK’s biggest city economies.

Cardiff – Birmingham – Newcastle – Edinburgh: Convert ‘Y’ shaped HS2 network to an ‘X’, providing a direct connection between Cardiff and Edinburgh. Benefits: Provision of direct rail connections currently missing between Cardiff and Sheffield, Leeds, York, Tees Valley and Newcastle. In addition, would improve Gloucester’s rail connectivity and make South Wales a beneficiary of HS2. Also strengthens the case for investment along the northern half of the East Coast Main Line, in both England and Scotland.

Galashiels/Hawick – Carlisle: The Borders railway southern extension. Benefits: Useful diversionary route from Carlisle to Edinburgh at times of service disruption and strengthen the Borders region cross-border link in an area of poor roads, no rail service and low productivity.

Jim Steer, HSRG board member, said: “There is an urgent need for both new and improved transport links between the four nations of the United Kingdom, which have been systematically neglected for too long. Cross-border travel markets for rail were growing strongly over the period to 2019. Travel generates economic value, but the opportunity for further economic stimulus from this source will be lost if transport network capacity constraints are not addressed.

“Building on the transformative impact of HS2, HSRG are calling for these cross-border rail links to be addressed as a matter of urgency, safeguarding the strength of the whole of the UK economy in the years ahead.”

What to Do After a Final-Round Job Interview

Aramex expands in the UK with Heathrow move