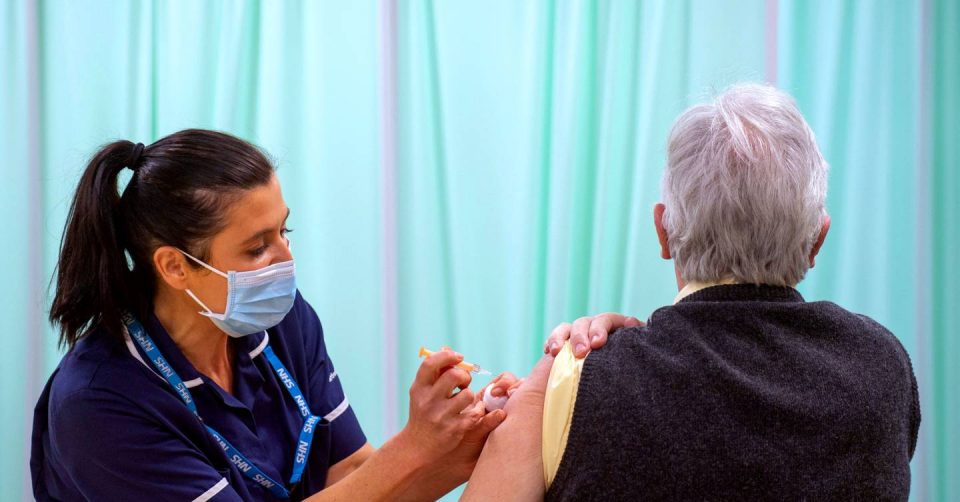 As a GP at a practice serving 60,000 patients in York, Abbie Brooks spent most of early December preparing for the imminent rollout of the newly approved Pfizer/BioNTech Covid-19 vaccine. But while appointments were booked, and staff were briefed, doses of the vaccine were nowhere to be seen.

“We were advised we were going to get a delivery, and then [at the] last minute, the vaccines didn’t arrive so we had to cancel patients which was obviously upsetting for patients and staff,” she says. “When we were able to get going, the deliveries weren’t the numbers we were expecting.” While Brooks says that deliveries have been more consistent so far in 2021, GPs across the UK have reported that their expected vaccine deliveries are being delayed as manufacturers race to deliver as many doses as possible.

“Many practices have found that they’ve booked patients in and then the vaccine supply has not be as forthcoming in the way they were expecting, so they’ve had to rearrange large numbers of patients at short notice and that’s immensely frustrating for practices which are already extremely busy at this time of the year,” said Richard Vaudrey, chair of the British Medical Association GP committee. “But we understand that this is a massive logistical task.”

As Boris Johnson announced in a press conference on January 5, the government is aiming to offer a vaccination to everyone in the top four priority groups as set out by the Joint Committee on Vaccination and Immunisation – approximately 14 million people – by mid-February. But how does it plan to hit this target?

Modelling conducted by a team at the London School of Hygiene & Tropical Medicine found that in order to achieve this target, and ensure a substantial growth in immunity, the NHS would need to be vaccinating the population at a rate of two million people a week. This will require doubling the current rate, which sees approximately 200,000 vaccines administered per day, with 2.4 million people in the UK having received a jab so far.

To get there, increasing numbers of vaccination sites are going live, while plans are in place to create a vast vaccine workforce – both to handle deliveries of the vaccine, and administer it with maximum efficiency – consisting of existing NHS staff, retired doctors and nurses, and even firefighters and lifeguards. Seven mass vaccination sites opened on January 11, while approximately 1,000 GP sites, 200 community pharmacies, and 223 hospital hubs are expected to be administering the vaccine by the end of the week.

Vaudrey points out that the major issue holding back the UK’s campaign, is not the staff but the actual vaccine supplies, and finding an efficient way to distribute them on time. “I think the targets are feasible, but it’s totally dependent on practices getting the vaccine,” he said. “We’ve shown throughout the first weeks of this campaign, how effective our practices are at delivering mass vaccinations, we simply need the vaccines to be able to give to our patients.”

This has proven to be easier said than done. While the UK has placed orders for 40 million doses of the Pfizer/BioNTech vaccine, only four million had been received by the end of December. In addition, the vaccine’s unique technical specifications have greatly limited the extent of the rollout. It has to be stored in specialised freezers at -70C, and can only be transported in a carefully controlled deep-freeze delivery chain, with vaccines kept inside ultra-cold thermal boxes. Highly trained NHS staff must be present to handle the consignment at the destination.

Because of these challenges, NHS England and the Department of Health and Social Care have developed a complicated system, known as a ‘push model’, which evaluates which groups of GP surgeries have the highest numbers of at-risk patients, and uses that to decide which surgeries receive supplies first. But there has been little transparency over when different centres are likely to receive vaccines, and how many they are going to get.

Vaudrey points out that this has been particularly problematic for GPs as supplies of the Pfizer/BioNTech vaccine need to be used within three-and-a-half days of arriving at a practice otherwise they must be discarded. “Once the supplies arrive, the patients need to be there, and everyone needs to be able to get on with the program extremely quickly,” he says.

The approval of the AstraZeneca vaccine at the end of December – a vaccine which can be stored at room temperature, making it much easier to distribute to remote and rural areas – was expected to address some of the initial problems, but once again while the UK has ordered 100 million doses, only 530,000 have been made available so far.

This supply chain bottleneck is partially due to the UK’s strict regulatory requirements – which require every batch or set of vaccines produced by a manufacturer at the same time, to undergo a rigorous 20-day testing process at the National Institute for Biological Standards and Control, before it can be approved for delivery – in addition to the manufacturer’s own quality checks which are conducted before vaccines leave the factory.

But it also stems from a lack of essential vaccine materials. Because vaccines are fragile and valuable products, they must be placed into special vials made from borosilicate glass, as part of the ‘fill and finish’ process. These vials are designed to be capable of withstanding temperature fluctuations, and have special shockwave protection mechanisms built into the glass to avoid breakages during transportation.

In an era where vaccines are having to be manufactured and distributed on previously unimaginable scales, borosilicate glass has become a particularly precious commodity. While this used to be produced in the UK, the last plant closed in 2007, and according to Dave Dalton, chief executive officer at British Glass, this means that vaccine manufacturers are now entirely reliant on receiving these vials from overseas suppliers such as German manufacturing giant Schott. While the UK pharmaceutical companies taking care of the fill and finish stage are reportedly confident that they will receive the vials, Dalton suspects that the process may have been disrupted by Brexit.

“When it comes to rolling out the different vaccines to the greater population, that is currently dependent on the ability for pharma companies to buy the finished vials from providers across the world,” he says. “Brexit absolutely could have affected this.”

London based AI start-up 7bridges – which supplies logistics software to healthcare providers – has been conducting simulations of the UK’s vaccine rollout and predicts that it is still feasible for the UK to reach its vaccination target by mid-February, providing that further significant disruptions are avoided with vaccine supplies.

According to 7bridges co-founder Matei Beremski, one of the other key factors which could affect the success of the UK’s campaign is missed appointments and vaccine non-completion. He points out that even before the pandemic, one in 20 NHS appointments were missed in the UK, while in other two-step vaccination programs such as HPV, a significant proportion of recipients do not become fully immunised because they fail to take their second dose.

“This missed appointment rate might become even higher over the next few months because of travel restrictions due to the lockdown,” he says. “The main problem with people missing appointments, is that these vaccines have to be administered in a timely manner otherwise they’ll go to waste, and the wastage of these vaccines is a huge issue because they’re in short supply.”

💉 Inside the race to stop the next pandemic

🏋️ Gyms are closed so which workout app is better? Apple Fitness+ vs Peloton vs Fiit

🔊 Listen to The WIRED Podcast, the week in science, technology and culture, delivered every Friday