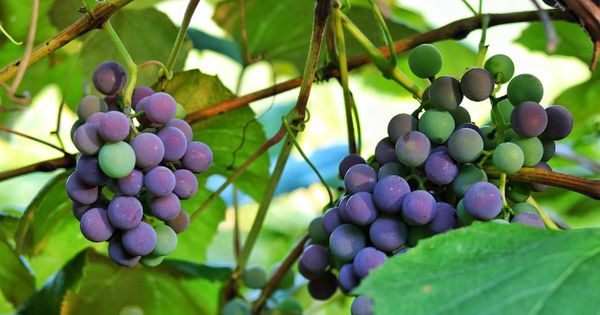 In a word, it takes longevity. Of course, the story is more colorful than that.

History records attempts at winemaking almost immediately after discovery of the “New World.” There were many failures, but by the late nineteenth century, it had been sorted out, with California (CA) and New York (NY) often vying for a lead position. CA’s climate was largely responsible for giving the state the edge, but one reason for CA’s commercial wine success was European immigrants arriving there from the Midwest, where they had already built a commercial wine success. After not finding the gold they sought in CA, many of them settled in and around Anaheim, planted grapes and produced wine.

In the East, early Dutch settlers produced wine close to what is now Brooklyn’s Prospect Park, but it wasn’t until the 1830s when a commercial wine industry developed, not far north of NY City, in the Hudson Valley, as well as hundreds of miles northwest of the city; like the earliest CA wine production, these NY wines were mostly controlled by religious orders or clergy. Soon, NY grapes for juice and for wine shared the state’s agricultural primacy: wheat for flour (Rochester), the first commercial hard cheese (Syracuse), a powerful tree and berry fruit industry (Wayne County, along the southern shore of Lake Ontario) and industries like peppermint, cabbage for sauerkraut production, and hops. Agriculture was so successful it was responsible in part for the need to dredge the Erie Canal and for industrializing its corridor. Alas, many of NY’s important agricultural industries have either diminished in stature or vanished, but not grapes and wine.

The rivalry between CA and NY today is between the first and third largest wine producers in the U.S., respectively and according to the recent “2019 Economic Impact Study of the New York Wine & Grape Industries.”

Working for, the New York Wine and Grape Foundation (NYWGF), the state’s grape and wine promotional and research organization, John Dunham & Associates (JDA), a firm based in Brooklyn that supplies industries with detailed economic research and data, has produced an enlightening economic picture. The report says that overall, NY’s grape and wine industries “directly create 71,950 jobs, generating $2.79 billion in wages” and “$6.65 billion in economic activity,” of which the wine industry accounts for $4.59 billion in economic activity in the state. According to the report, the jobs created by the grape and wine industries are good jobs which pay an average $38,800 annually in wages and benefits.

All totaled, almost 99,000 full time jobs paying almost $4.6 billion in wages and benefits, create nearly $11.5 billion in total economic activity in the state as the result of the grape and wine industries.

According to the report, “NY is the nation’s second-largest Concord grape producer, and home to the oldest and largest Concord grape growing region in the world.” That region is Lake Erie. NY’s Concord grape production grows by almost 7,500 tons each year. According to the report, about 30% of grapes grown in the state go toward local winemaking at the state’s 471 (and counting) wineries, but about 20% of the overall grape production is of the European Vitis vinifera varieties. The wineries account for just over 3,000 full time equivalent jobs, more than $289 million in wages and benefits and directly generate for the state $1.2 billion in economic activity.

The report used 2017 data from the US Department of Treasury, to establish that 3% of the nation’s wine production makes NY the third largest wine-producing state. It’s a distant third, but a respectable performance within the top ten: CA at almost 772 million gallons; Washington State at over 45 million gallons; and NY at almost 32 million gallons.

Most NY wine wholesaling activities is included in the winery impact numbers, because only about 37% of the state’s 28.1 million gallons of still wine in 2017 was sold through the three-tier system of winery, to wholesaler, to retailer. The majority of NY wineries act as their own wholesalers and promote active tasting room sales.

The NY wine industry creates 36,552 jobs in the on-and off-premise retail and hospitality sectors, which contributes $2.4 billion in economic activity in the state. Tourism remains a major driver of NY wine economic activity. The report estimates just over 1.4 million people and over 4.7 million visits to NY wineries and vineyards make a direct economic impact of $1.8 billion.

JDA not only garnered information from NYWGF and the US Dept of Treasury, the report applied data from Infogroup and it applied the Economic Impact Analysis for Planning (IMPLAN) method as well.

You can find the complete report here.