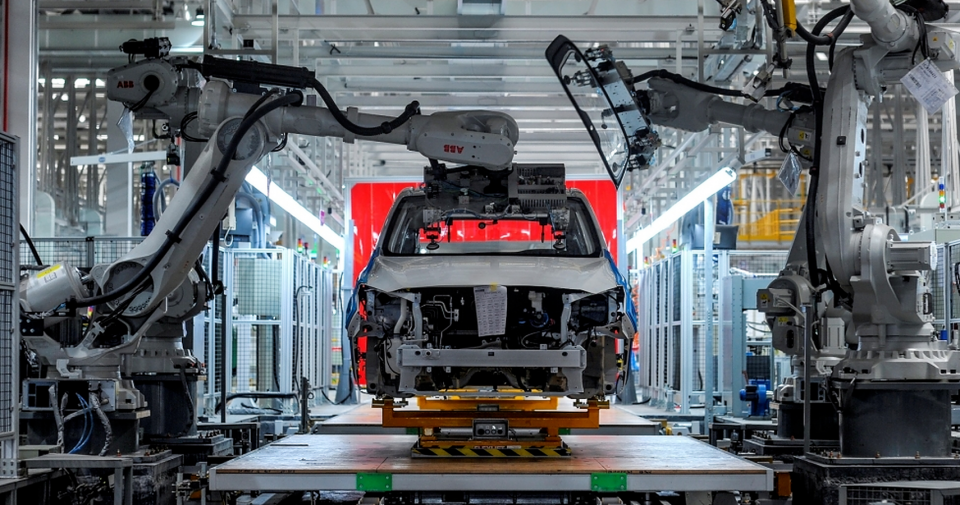 The father and son team Lee and Oli took a tour of the Changan factory in China, which is capable of producing a new car every 50 seconds.

Roughly eight years ago, Top Gear UK did a piece based on the idea that within the next decade or so, the world would all be driving around in Chinese cars. They then proceeded to test the newest cars China was making at the time. And among many very interesting facts about China’s history with cars and their current market, they concluded that it would actually be likely that Chinese cars could be everywhere in the not too distant future. Fast forward to today, and we get a glimpse of the Chinese car manufacturer, Changan, that builds its cars in a factory that is 90% autonomous.

The father and son team Lee and Oli got a chance to tour the Changan facility and get a sense of what this advanced factory is like. The pair mentions many times just how eerie the whole place feels, and that its almost like something out of a sci-fi movie with all the machines operating in such close quarters and very few humans working there on the assembly lines.

They mention that the Changan factory is capable of producing 600 finished cars per day, which equates to a new car completed every 50 seconds. These aren’t your basic vehicles either; they are surprisingly advanced and appear to rival some of the coolest new tech in the industry. And the fact that these cars with all that tech and complexity are able to be assembled with only 10 percent human interaction is rather incredible.

The reason for these large production numbers is largely based on need. According to reports, 25 million cars were sold in China in 2019. As a comparison, the United States market reported roughly 17 million total vehicles sold in the same year.

The Future Of Automation

Every so often, there is a noticeable shift in the way things are done. For example, when Henry Ford started producing the revolutionary Model T, the automotive industry changed drastically and was never the same as it was before. That begs the question: is the Changan factory that next step in advancement that will change the automotive industry forever? With companies such as Ford moving even more production to China, it’s likely that the same processes used by Changan will transfer to other companies that also produce cars there.

This shift could very likely could have a ripple effect and force other companies to switch to these processes as an opportunity to cut costs. So, unless you can somehow convince the majority of the industry’s CEOs that cutting costs isn’t necessary, it’s very likely that the industry will start seeing more nearly fully autonomous factories popping up in the not too distant future.

This Is The Slowest Yamaha

Locals protest as blast at factory kills two in Maharashtra