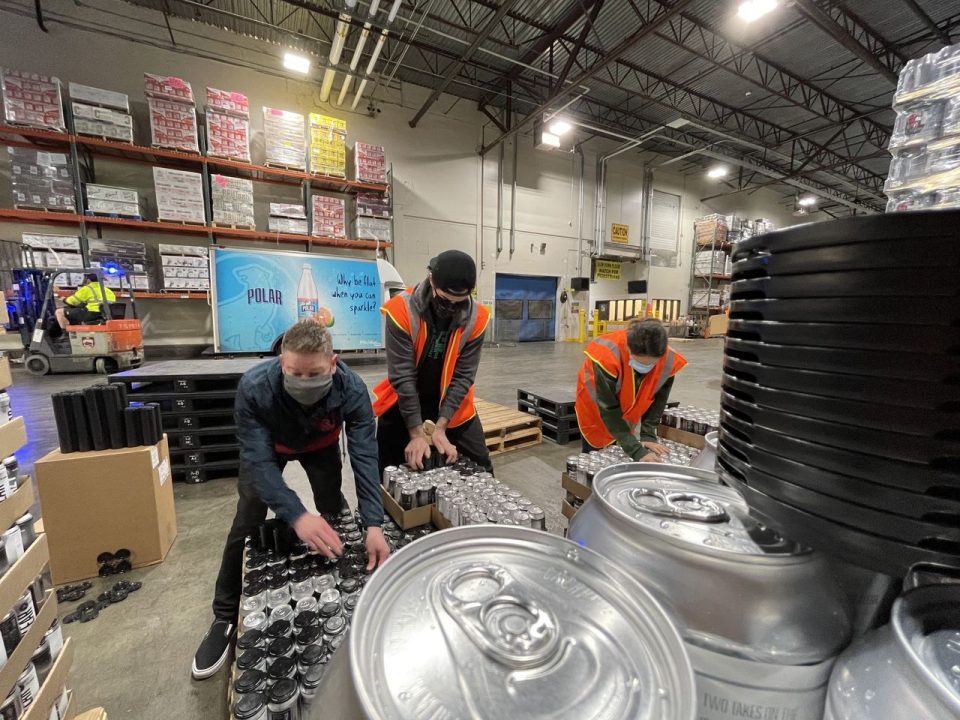 This article first appeared on the Boston Business Journal’s website.

For craft beer brewers struggling through the hardest season in their history, the law Baker signed on Tuesday couldn’t have come too soon.

The bill finalized a compromise that has taken brewers and distributors nearly a decade to agree on, allowing any brewer producing fewer than 250,000 barrels of beer annually — which effectively means every Massachusetts brewery except Boston Beer, the maker of Sam Adams — to leave lifelong contracts with distributors in exchange for fair market value of the portfolio.

The deal was initially forged by both sides last July and was passed by the Senate quickly thereafter. House lawmakers signed off on the bill in a last minute flurry at the end of the session in the early morning on Jan. 6.

“I think it will save some breweries,” said Sam Hendler, president of the Massachusetts Brewers Guild, who helped negotiate the final compromise, and co-founder of Jack’s Abby.

Breweries and the distribution companies that help truck and deliver their products throughout Massachusetts had long fought over the state’s so-called “franchise law,” which gave distributors who had worked with breweries for more than six months a lifelong monopoly on that brand in their service area. Breweries could only leave contracts through a lengthy, convoluted process, during which the distributor could effectively stop selling their product.

Brewers say the law put them at the mercy of a company that frequently worked with their competitors.

Distributors argued that the law protected what are mostly family-run businesses that invest heavily in brands up front.

According to Jim Koch, founder of Boston Beer, distributors tried to push through a law that would benefit the wholesalers in 2007. At the time, there weren’t many breweries and they weren’t well organized. Many didn’t even know about the proposed bill until a state representative asked Harpoon founder Dan Kenary about it at a party. The Mass Brewers Guild was formed to contest the legislation, bringing brewers together for political purposes for the first time.

By 2009, the guild started trying to use the group to change the franchise law, kicking off a battle that lasted more than a decade. But despite hearings and discussions year after year, the sides remained far apart deciding which brewers would be able to leave a distribution contract, and the methods by which they could do so.

By early 2020, brewers had gained momentum. According to Koch, there were enough votes in the Senate to pass reform, and hope for a pending change in House leadership. “My feeling, all of the brewers feeling, was ok we will get this done,” Koch said.

Then coronavirus happened. Taproom business all but dried up as capacity restrictions and social distancing guidelines prevented crowds from coming together. Brewers turned to distribution and wholesale to survive.

“If you’re a brewer that doesn’t have a productive relationship with your wholesaler, that is an existential threat right now,” said Hendler, the guild president. “In years past, you might have pivoted and focused more on taproom or direct to consumer sales. It’s just not an option today. That is the dynamic that brought this to a head and got everyone to the table and across the finish line.”

The guild reached out to the wholesalers to form a deal. Wholesalers offered their most generous compromise yet — any brewer producing under 250,000 barrels annually could leave distributor contracts. But the compromise wouldn’t apply to to one brewer in Massachusetts, its largest. Boston Beer produced 5.3 million barrels in 2019. The decision rested with Koch.

“It didn’t take me long to think about it,” Koch said. “I was at every hearing, and at every meeting, I spent a lot of time and we were key financial supporters of the effort involved. This is bittersweet. But at the end of the day, you think about it, and say this is the right thing. I can rationalize other courses, but i know this is the right thing for the industry and for all of us as a community.”

Hendler credited Koch for not only allowing the deal to succeed, but pushing it forward.

“Jim got on board and helped get this across the finish line,” Hendler said. “He was an active champion of this. That was critically important. Without that, i don’t think it happens.”

Distributors applauded the deal as well, with William Kelley, president of the Beer Distributors of Massachusetts, saying in a statement that the compromise will help breweries to grow.

The deal was forged in the third week of July. Knowing the legislative session could expire that month, the Senate passed the measure quickly.

Coronavirus kept the legislative session humming, giving House lawmakers more breathing room to sign off on the deal. Yet elation of reaching a compromise was replaced with dread, as the end of the session drew close without a House vote.

“It never felt like there was opposition. It was just, would we be able to cut through the chaos of a Covid-effected session?” Hendler said. “There was not much that was easy to count on this fall.”

At 3 a.m. on the final day of the session, with Hendler anxiously watching from home, lawmakers had finally sealed the deal. Baker signed it into law this week.

Hendler said he hopes that brewers use their newfound freedom to raise concerns and work with their distributors, rather than holding back out of concerns it would jeopardize their access to the market.

“What it really changes is the whole dynamic between brewer and distributor,” Hendler said. “I hope we don’t see brewers change distributors over the coming months, but see brewers be more willing to be honest with their wholesalers.”