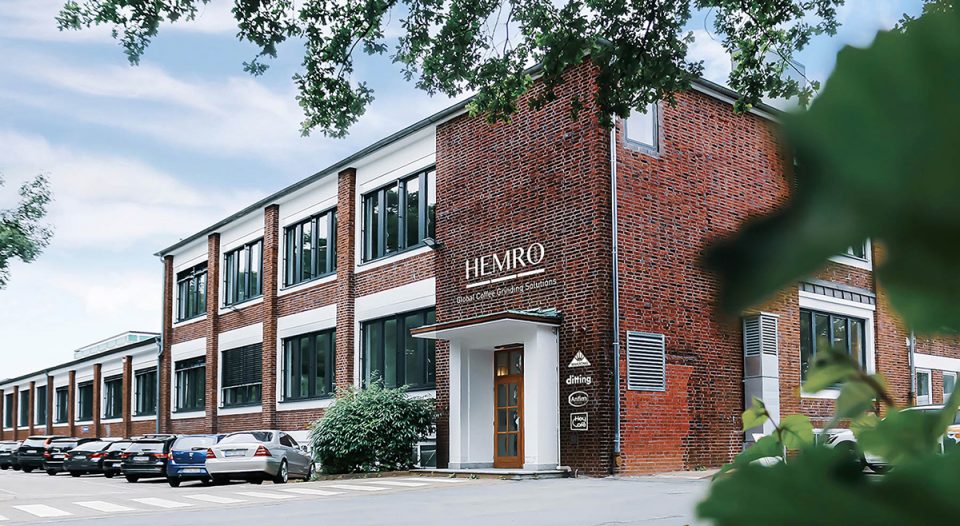 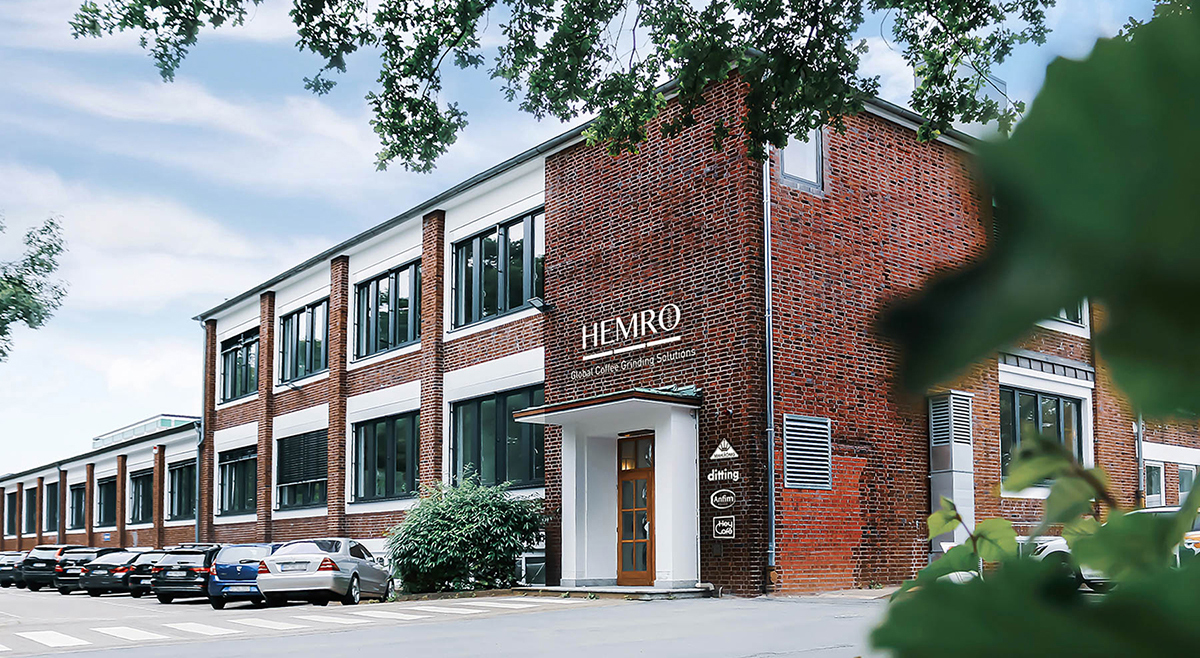 The Hemro Group has completed the expansion of the Mahlkönig grinder manufacturing plant in Hamburg, Germany.

The expansion occurred over the course of two years within a historic building in the city’s Wandsbek borough next door to where Mahlkönig has been making grinders for more than half a century.

The Hemro Group — which owns the commercial grinder brands Anfim, Ditting and HeyCafé in addition to Malkönig — said that the expansion was created to give the facility’s approximately 100 workers a better, brighter and leaner manufacturing environment.

The main assembly areas and offices were completed in June, and the grinder disc manufacturing facility was completed this month. 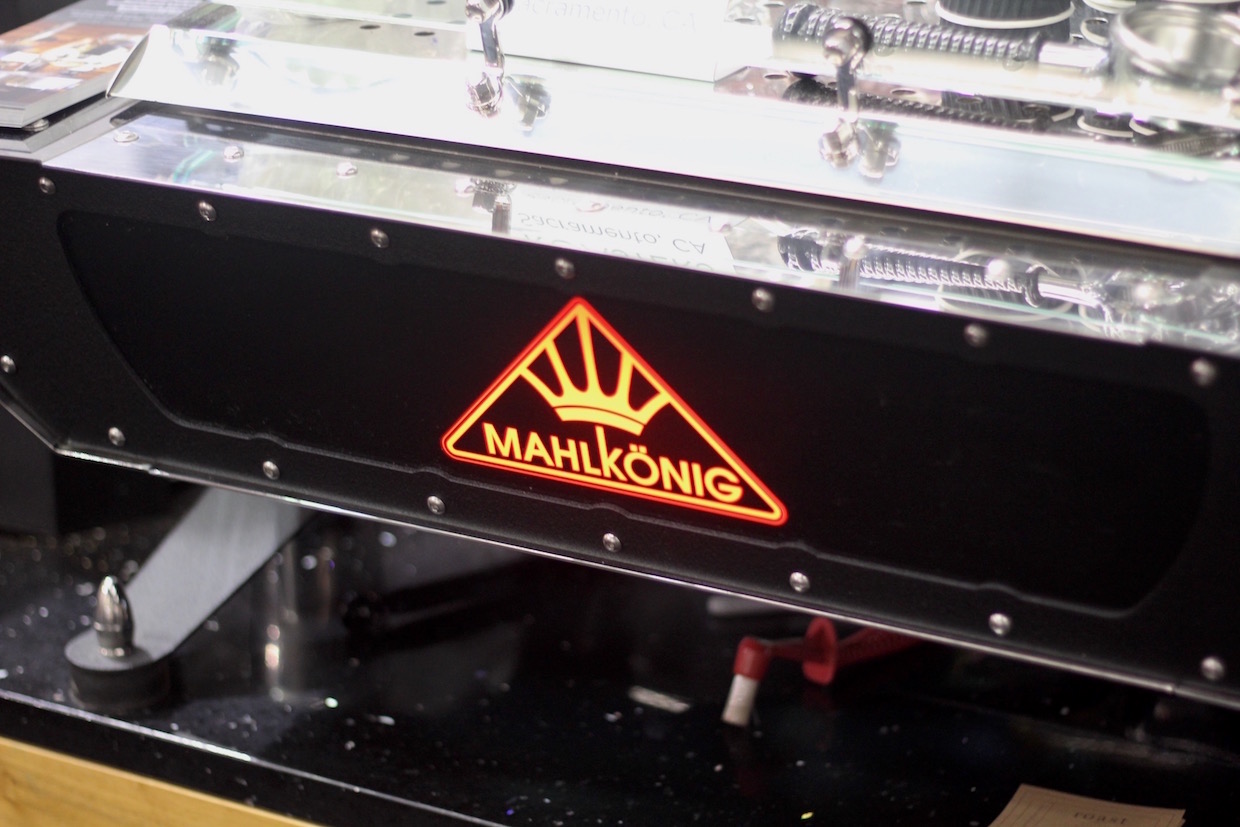 An espresso machine customized with a Mahlkönig logo as seen at the 2018 SCA Expo. Daily Coffee News photo.

“We do not simply need more space and more modern equipment, but rather an environment that optimally reflects the premium claim of the Mahlkönig brand both externally and internally towards our employees,” Dr. Marcel Lehmann, CEO of Hemro Group, said in a company announcement of the new facility. “The internationally increasing demand has recently brought us almost to the edge of our production capacities. Since a further expansion of the existing plant was hardly feasible, we decided to find a new location and shape the future also in this regard.”

The Mahlkönig Ek43 grinder, originally built for industrial spice grinding, has been a favorite for both filter coffee and espresso over much of the past decade, and Hemro Group said demand for that model was partly responsible for the need to expand. The increased production capacity in Hamburg is also expected to accommodate new demand for the “Next Generation” series of Mahlkönig grinders. 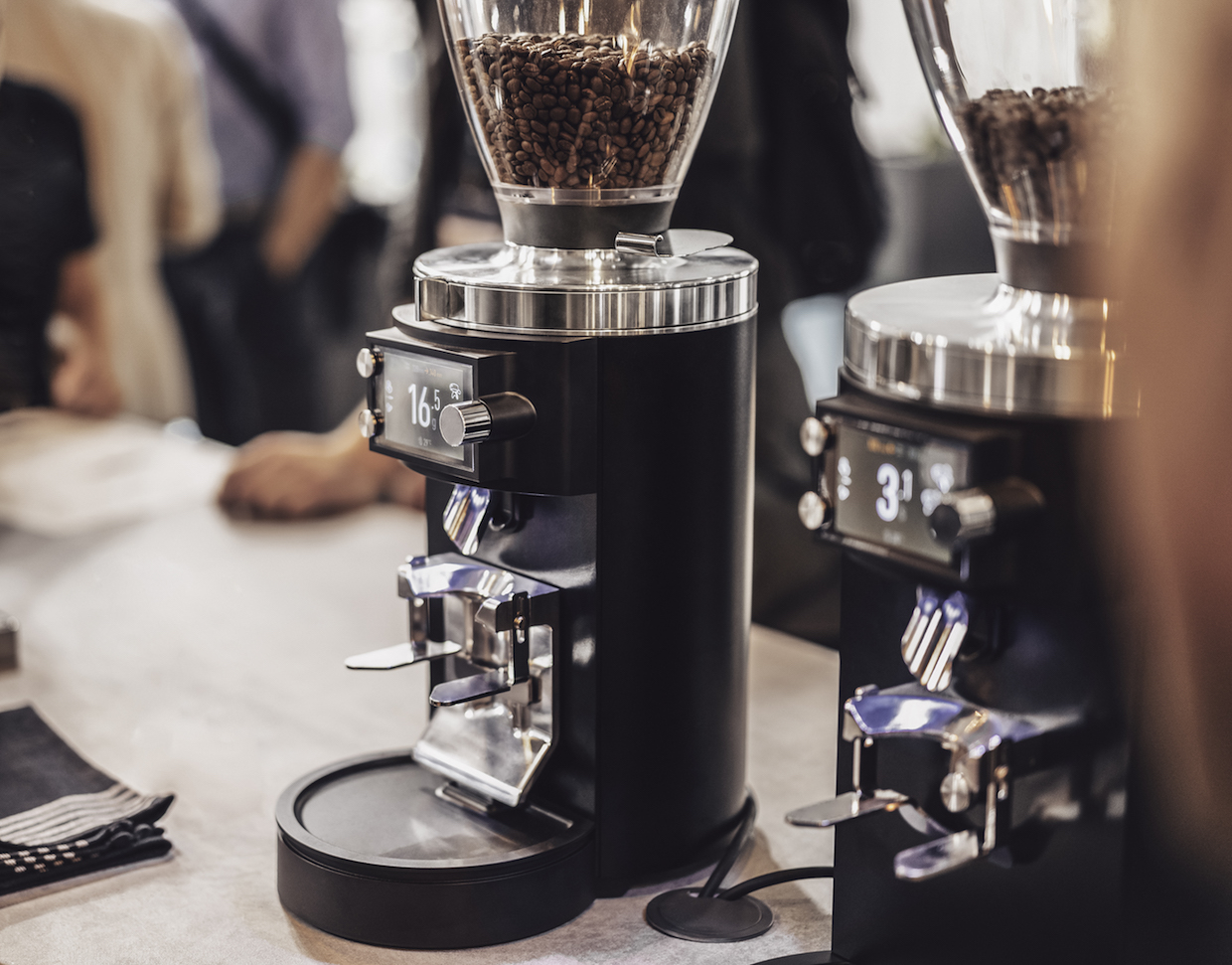 Said Lehmann, “With this major step, we are pleased to preserve the origins of the Mahlkönig brand at our Hamburg location while creating ideal conditions for the innovative strength and future development of our group at the same time.”

Nick Brown
Nick Brown is the editor of Daily Coffee News by Roast Magazine. Feedback and story ideas are welcome at publisher (at) dailycoffeenews.com, or see the “About Us” page for contact information.

Where to find glue in Rune Factory 4

Masks in luggage: How a Malaysian tech firm reopened its China factory