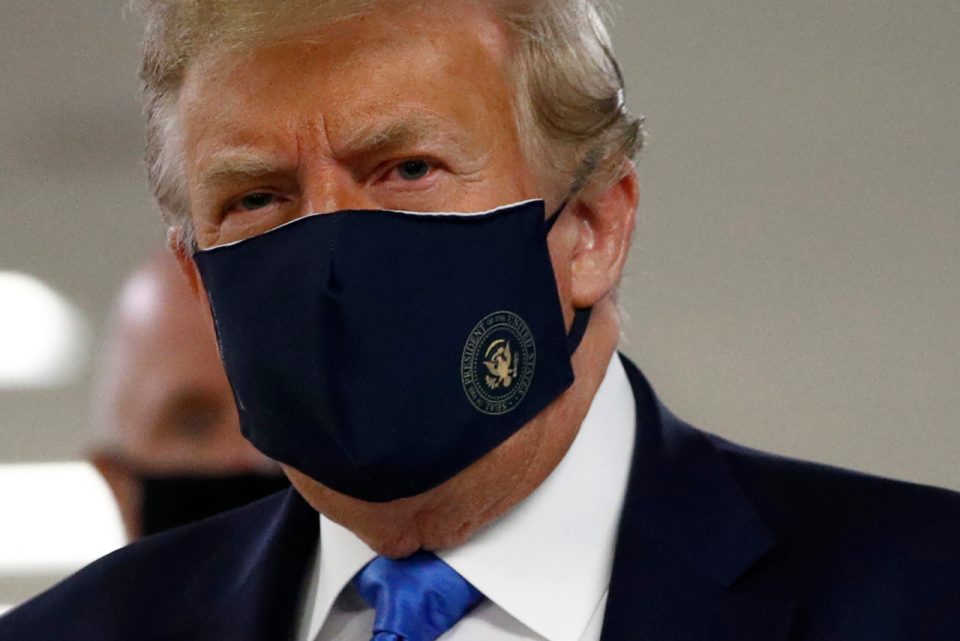 Lt. Gov Green had very mild symptoms of the virus. Hee said he felt fatigued and had a slight cough for a day or two, but never sought medical treatment for the disease.

However, 74-year-old President Donald Trump does fall under the high-risk category for COVID-19 and Lt. Gov. Green said it’s concerning that the president is seeking medical care so soon.

“We don’t know yet if it is just out of an abundance of caution, or that he’s actually got symptoms that are for real, and they’re worrying,” Lt. Gov. Green said Friday afternoon. “I think it’s probably the latter, because you don’t just go to the hospital for nothing, very rarely.”

He said reasons to go to a hospital are specific.

“Either one, you’re having very serious difficulty breathing with COVID, or two, you have to get the kind of test that you’re going to get at a hospital like a CAT scan, or a chest X-ray, that would be very common.”

He said another possibility is to get “intravenous medications like Remdesivir or steroids.”

“All of those are reasons to go into the hospital,” Green said. “My guess is they wanted to start treatment on the president very early, before his symptoms got severe, but his category of risk is extremely high. People who are around 74-years-old, their mortality rate jumps up from like, low single digits to almost 10%.”

“I have to tell you, my gut tells me he’s possibly going to be very sick. His wife who is much younger, she’ll probably be fine,” Lt. Gov. Green said.

He said that the Senate and the House of Representatives should be tested, as well as all close contacts, and then go into quarantine for two weeks.

“They should shut down the House and the Senate immediately for two weeks if there’s been a lot of close contact. And that, of course, affects government and operations and everything. So, Washington could very well go into lockdown for a period of time,” Lt. Gov. Green explained.

The president has also been given zinc, vitamin D, famotidine, melatonin, and daily aspirin, but Lt. Gov. Green said that the best prevention from catching COVID-19 is wearing a mask.

“Mask wearing can decrease transmission by more than 95%,” he said.

“I would say I absolutely wish the president and the First Lady a speedy recovery. I worry about anybody because look at the end of the day, the President is still a grandpa. He is a dad, and he worries about his family. Sure, we all have our feelings about him politically one way or another, but we just hate to see anybody go down.”

“We’ll know probably in 24-hours whether or not the president has a severe case of COVID or whether it’s just kind of a precaution,” Lt. Gov. Green said.

The timing of the president contracting COVID-19 comes 32 days before election day.

“It’s hard to ignore the irony that the president did, in front of the nation, belittle Joe Biden for wearing a mask too much,” explained HPU Professor and political analyst Dr. John Hart.

He said the president will undoubtedly receive the best medical care.

“I presume he will recover. I presume that he will then say, ‘Look, I’m in the high-risk group and I got over it, no big deal.’ On the other hand, if he goes on a ventilator, all bets are off,” Dr. Hart said.

“I mean, certainly his supporters can still argue that he would have caught it with a mask anyways, etc, etc. But I think this will continue to keep the virus in front of the conversation,” he explained.

He said it’s too early to tell when the next debate will be and it depends on how President Trump is feeling; but if the president recovers quickly, he said COVID-19 will be at the center of the next debate.

“President Trump likes live events, he’s held them, he’s good at it. Those will have to be curtailed,” explained Dr. Hart. “So, you’ll see him doing an approach much more like Biden does, to a certain extent.”

“I’m not sure how many undecided voters we have left in this situation. So, it will be interesting to see again. The variable is where does this go? If he comes out of this quickly and physically, and in good shape, he’ll play it as a plus. If he goes on a ventilator, that’s a very different scenario. So, I’d be really slow at this point to project given how early he is in this, politically what it’s going to be because there’s those two options,” Dr. Hart said.

Should shippers rely on ocean carriers for first- and last-mile logistics?

Kamal Nath government did not get support of BSP