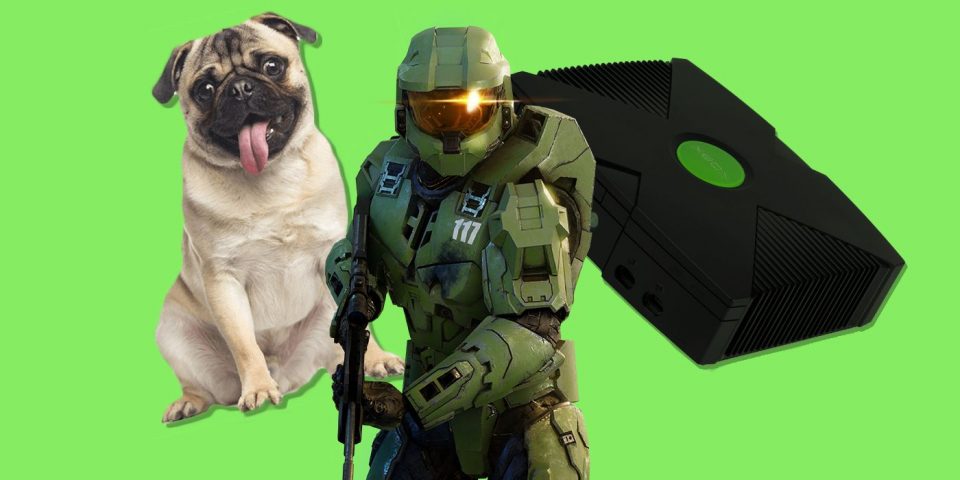 Some of Halo Infinite’s sound effects are produced by the original Xbox, Microsoft factory machines, and other miscellaneous sources and animals.

343 Industries recently published a compilation video of field recordings for Halo Infinite’s sounds effects which include audio clips captured from the original Xbox console, machinery inside Microsoft’s factory, and a few adorable animals eating snacks. While 343 Industries has yet to show any more gameplay from Halo Infinite, it is giving a behind-the-scenes look a how the game is being made.

Halo Infinite was originally slated to be released by now, but the game returned to the drawing board after a rather unsightly display at the Xbox Games Showcase earlier this year. During the event, 343 Industries debuted the first-ever gameplay footage for Halo Infinite, which featured lackluster graphics many players said were unfitting for a AAA console launch title. In the face of backlash, 343 Industries chose to delay Halo Infinite’s release to polish off the game’s graphics and make sure that it is a game fit for current-gen consoles. While there hasn’t been much news from 343 Industries since then, it has continued to give small glimpses into the world of game development.

Today, the official Halo social media pages uploaded a nearly three-minute video showcasing how 343 Industries has captured some of the sound effects for Halo Infinite. Some of these sounds effects are captured using a more traditional approach, while others are pretty creative. In one scene, the audio engineers use microphones to record the inside of an original Xbox and Xbox One while performing different functions. There are also several scenes where microphones are recording controller stress testing machines from inside Microsoft’s factories. But perhaps the greatest addition to the collection of audio was the adorable animals.

Follow along as the 343 Industries Audio Team gives you a never before seen look at just some of the work they’re doing to bring the sounds of Halo Infinite to life! From pugs to plugs, no stone or steam engine was left unturned. pic.twitter.com/VHkPiXlbk3

A pug was one of three different animals used in the making of this video, and it’s hard to say whether their clips were cute or disgusting. There is no doubt that the noises that came from inside that dog will be used for some grotesque alien life form in Halo Infinite. It will be interesting to see how the sounds captured from the gaming systems and machinery will be implemented, with the original Xbox providing a series of futuristic whines and the machines from Microsoft’s factory providing potential background noise for levels.

While it would be nice to have another look at Halo Infinite’s gameplay, or at least an update as to how progress is coming, it’s always intriguing to see these types of videos. A number of players may not care for these kinds of behind-the-scenes looks, but others will remark at knowing that a specific door opening sound effect was captured by pressing the original Xbox’s power button.

Achievement Unlocked! You’ve found Zackerie Fairfax’s hidden bio. Zack is a staff writer for Screen Rant covering a number of topics ranging from the latest streamer scandal to how many gigaflops are in an Xbox. When not writing about video games, he is playing them. Primarily niche 3D platformers/adventure games that only he thinks should be ported to every next-gen console for the rest of eternity.

Exoskeletons Will Bring Worker Centrality to the Factory of the Future

How we are our worst enemies when defence procurement is concerned